I hate him for leaving me.
She would’ve hated me if I stayed.
Debts and lies shatter Leilani’s carefully crafted world, and she has to turn to the one man that broke her heart to keep her safe. 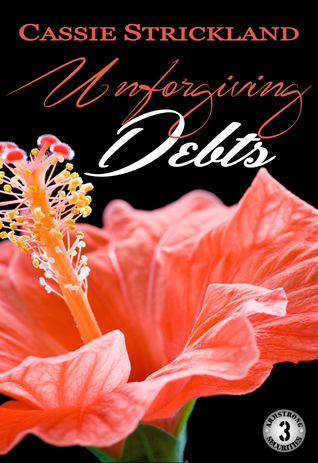 I hate him for leaving me.
She would’ve hated me if I stayed.

Leilani Walker knows all about sacrificing. She does it on a daily basis, ignoring her dreams in the process. She sets everything aside to do what’s right, not regretting it, either….
…except for him.

Brock Luca’s childhood was hell, to say the least. He makes decisions for the ones he loves because of it, wanting them to have only the best. But a brush with death creates regrets he’d never acknowledged, never let himself feel…
…and now he regrets letting her go, even though he did it for her.

Debts and lies shatter Leilani’s carefully crafted world, and she has to turn to the one man that broke her heart to keep her safe.

Can she forgive Brock for walking away from her?
Can he save Leilani before it’s too late?

“Mama…” I didn’t know what to say. This was not how I figured the day would turn out. It was good, yes, but…I was scared, too.

“Don’t worry about it, Lani. I know you, and you are running all the reasons to wait through your mind. You’ll eventually talk yourself out of it. Honestly, I’ve been waiting for this day to come. I just didn’t see it taking so long.”

“No buts about it, sweet girl. You’ve been by my side for the last ten years, when you shouldn’t have been. I understand that, and I know why you’ve done it, probably more so than you do. You’ve been hiding, and part of this is my fault for letting it continue to happen. I should have forced you out sooner.”

I lifted a brow at her, knowing exactly what she meant, but I played it off. “That’s ridiculous. I haven’t been hiding – I’ve been helping you.” I shrugged my shoulders nonchalantly. “And there’s no forcing me to do anything. This has been my choice from the get-go.”

She laughed out loud. “Oh, really?”

“So it has nothing to do with Brock breaking your heart when he left?”

My breathing accelerated as I fought off the agony. “Don’t,” I warned her.

“My point exactly, sweet girl. He broke your heart, and you’ve been hiding behind the restaurant and me. You haven’t lived your life.” Her eyes were kind but remorseful. “A year, I could understand – I get it. But you’ve spent too much time doing things for me, living for others, you’ve closed yourself off. If you recall, I’ve tried to talk to you about this, but you shut me down every time. I knew that you’d have to figure this one out on your own or you’d never move on.”

“I don’t want to talk about Brock, Mama,” I cautioned her, deflecting.
I didn’t let my mind go there. Ever. He hurt me too badly.

About the author:
Cassie Strickland lives in East Texas with her husband, her daughter, and her Jack Russell terrier. With the support of her family and friends, she recently changed her career path to something new and exciting, something she loves to do - writing.

Love the color of the cover flower ;)

THose books sound amazing, I will definately put them on my to read list.

I can't wait to read this thank you.

Great excerpt! This book series sounds like such interesting and intriguing reads! Totally looking forward to checking out these books!

I love the excerpt - can't wait to read this.

I like the excerpt and cover of the book! I hope that it is a big success!