Happy Book Birthday to Soul of Dust and Adam Millard!
"Adam Millard does it again with this thrilling, suspenseful book. I received an arc for an honest review and I can tell you that I could not put this book down. It was really awesome." - Goodreads, Tammie Jack Bridge is having a very bad day.

Kate West, beautiful and complex in equal measure, with a problem only Jack can solve. Daemons, magic, voodoo, and vamps; it’s all very real, and Jack Bridge is the last line of defense against the creatures of Elsewhere.

Doing what I do, I tend not to carry too much money around with me. When you deal with the types of people I have to deal with, it’s best not to make yourself too attractive to them—in other words, no phone, no wallet, no jewellery, and if you really want to come across as unappealing—I do, it’s how I’ve survived this long—no soul. Sure, a pocketful of change isn’t going to put you on anyone’s hit list, but I’d just spent my last tenner on ginger beer and two cheeseburgers, and this guy, this jobsworth pushing his way through the compacted commuters, was about to make a scene, something I could ill afford. Even though I couldn’t see my mark, he was still here somewhere. Any sudden kerfuffle could draw his attention, and then what? The last thing I wanted was the lunatic going off on a tram piled to the brim with innocents.

The shit was about to hit the proverbial fan, one way or the other.

“Tickets, please,” the conductor said when he finally reached me a minute or two later. He had the kind of face only a mother could love, and I wouldn’t be surprised if even she’d ostracised him. The stifling heat in the carriage had given him an odd hue. He looked like something that only sprouted in the summertime. To be honest, if circumstances had been different, I would have found it difficult not to start laughing.

“Oh, erm, yeah…” I made a big deal of searching my pockets. I had to at least give the illusion I wasn’t trying to hitch a free ride.

As I rummaged, the man regarded me warily, as if he already knew where this was going. When I came out with a handful of fluff and a few pennies, his sigh was probably audible from the front of the carriage. Hell, I’d put money—if I had any—that the driver in the cockpit heard the ticket-master’s disappointed exhalation.

“Sir, I’m going to have to ask you to step off the tram at the next station.” He pressed a few buttons on his little keypad, buttons that meant trouble for me. The next station was what? Ferndale? And you could bet your boots there’d be a team of burly guards waiting for me, ready to drag me off to whatever punishment they considered apposite for fare-dodgers in this day and age.

Those people within earshot all hissed in unison, as if they knew something I didn’t. Was it possible that this three pound journey was going to cost me more than just a slap on the wrists? Was I about to get waterboarded to within an inch of my life?

Shit, I should have never bought the cheeseburgers. 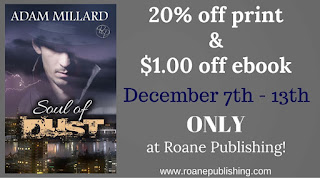 Adam Millard is the author of twenty novels, ten novellas, and more than a hundred short stories, which can be found in various collections and anthologies. Probably best known for his post-apocalyptic fiction, Adam also writes fantasy/horror for children. He created the character Peter Crombie, Teenage Zombie just so he had something decent to read to his son at bedtime. Adam also writes Bizarro fiction for several publishers, who enjoy his tales of flesh-eating clown-beetles and rabies-infected derrieres so much that they keep printing them. His "Dead" series has recently been the filling in a Stephen King/Bram Stoker sandwich on Amazon's bestsellers chart. Adam writes and edits for UK horror website This Is Horror, whose columnists include BC Furtney, Simon Bestwick and Simon Marshall-Jones.

Adam lives with his beautiful wife, Zoe-Ray, and their wonderful son, Phoenix Justice. There are also chickens, rabbits and cats, but the less said about that the better.