to live without -Exes and O’s by Lakeshia Poole

For some the game of love and college seems rigged. After a few tough losses they resort to doing things they thought they would never do to turn their challenges into championships… 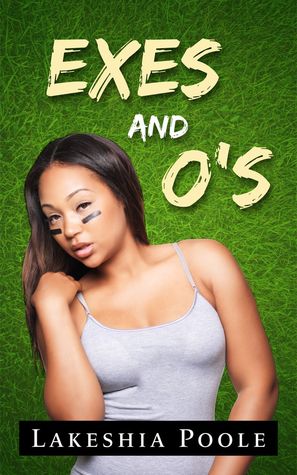 For some the game of love and college seems rigged. After a few tough losses they resort to doing things they thought they would never do to turn their challenges into championships…

Ciara and Xander each came to Aurbor Grove University with the perfect game plan. She would score another chance at finally living up to her college dreams and the high academic expectations set by her mother. He would become the star quarterback and hometown hero he was groomed to be. Yet they find themselves entangled in drama—from the exes who refuse to live without them to the financial struggles that make it seem like college is meant only for the elite to win.

Their friendship has a rocky start, but as the semester passes along they find that their most peaceful moments are spent with each other. Will the pains of the past and pressure on the fields of love and learning squash all hope for their future?

It’s like you’re screaming, and no one can hear. You almost feel ashamed that someone could be that important. That without them, you feel like nothing. No one will ever understand how much it hurts. You feel hopeless; like nothing can save you and when it’s over and it’s gone, you almost wish that you could have all that bad stuff back so that you could have the good… ~Opening monologue, “We Found Love” by Rihanna and Calvin Harris video

Music is my muse. Tunes push me toward the finish line and complement my writing, adding to the mood and ambiance in which great characters thrive. While writing Exes and O’s I created Spotify playlists for my main characters, Xander and Ciara, representing their personal favorite songs. Not only did this help with developing my characters, but certain songs help to drive the plot along.

For Exes & O’s, Calvin Harris + Rihanna’s “We Found Love” is the track that best captured my characters’ experience. We found love in a hopeless place…a simple refrain that encompasses so much. In the Village Series, if Don’t Let Me Fall is about falling out of love, Exes & O’s is about falling right back in…heart first.

A major theme throughout Exes and O's is the idea of duality--who others say you are and who you want to be and the tension that happens within those identities. I'm a big fan of soundtracks, and for this project, my go-to was The Dark Knight. Interestingly enough (as if the Universe understood what I wanted to achieve by exploring my characters' 'two faces'), Harvey Two-Face was my favorite composition.

Another soundtrack that captured the moments of falling in love and supported the crafting of my characters comes from the film Beyond the Lights. Cynthia Erivo's Fly Before You Fall seems too perfect for my exploration of going from that feeling of being out of control in a volatile relationship in Don't Let Me Fall to learning how to trust the 'process' of falling again.

Lakeshia Poole is an award-winning public relations professional and author. Whether it’s landing a feature in The New York Times, developing a YouTube short or creating a series of blog posts, she believes in telling positive and compelling stories.

Poole graduated from the University of Georgia with dual degrees in public relations and sociology.
When she’s not writing, she spends her time with family and her dog JoJo Dancer.

The blurb sounds good. Thank you for sharing.

If you come up with a playlist for your book, you're in luck since one of the new hit songs is Exs and Ohs :)

This book sounds great and I look forward to reading it.

I believe I'm going to enjoy reading this book, Thank you.

Thank you for the chance to win! It looks excellent!