29 …. It’s not just a number.
Temptation sat right in front of her. Allie Sanders spotted the mysterious loner last year as she walked through the crowded hallways. All she had to do now is reach out and touch him. Could it be that simple? 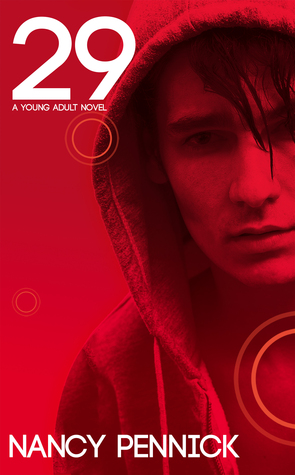 Allie Sanders thinks life in a small town can’t get any more dull and boring. She plans to escape after graduation. After a bad break-up, she wants to sail through junior year without distraction. Then the mysterious loner sits down in front of her in AP English. He’s the guy she noticed last year desperately trying to stay invisible. She wants to know his secrets. Suddenly her much older military brother, Doug, makes a rare appearance. He takes a special interest in her life. Suspicious of his motives Allie holds back, never really trusting him. Doug wants what she wants—the boy she has come to love. No way would she let that happen. She’d go against family and friends to protect him—and his secrets—even if it ends up breaking her heart.

I can’t listen to music when I write. Some authors list song after song that match scenes in their story. If I had music playing as I wrote, I’d start listening to the words in the song instead of concentrating on writing mine.

That’s not to say I don’t have songs that go with my story. I just can’t listen to them when I write. To get ideas, to help writer’s block, I turn to music. It may be in the car, on headphones on the treadmill or just playing it when I’m alone in the house.

When I wrote 29 I listened to One Republic. Many of their songs are perfect for this story and beyond. If I had to single out one song for this book, it would Katy Perry’s The One That Got Away.

Allie and Lucas have a complicated relationship, and she is the one who has to make the final choice of what will happen to them. Hopefully as one reads the book, they will hear songs in their head that fit the scene. That makes reading fun. Two people can view the story in totally different ways.

If you choose to read the book, and I thank you in advance, I’d love to hear you thoughts. Songs? What comes to mind when you read 29.

Goodreads ** Amazon ** Barnes&Noble ** Kobo
About the author:
Born and raised in Northeast Ohio, Nancy currently resides in Mentor, Ohio with her husband and their college-age son, plus a delightfully entertaining lovebird. She secretly wrote short stories as a child, typed them up and put them in a drawer. She’d give anything to see those stories one more time. Her writing is influenced by all the years of working with young people as a teacher and raising her own son. When not writing, Nancy loves to travel with her husband and enjoys a good cup of tea.

Thanks for hosting! NP :)

Thank you for the chance :)

This book sounds like something I'd really enjoy reading!

Thanks all for your comments! I appreciate hearing from you!

I think my tween niece would like to read this book :)

I'm curious as to what her mysterious loner is hiding!