After Danièle’s best friend and childhood crush agrees to have a baby for her, Danièle learns that the clinic can extract sperm from her own gonadal biopsies, and she becomes the father of Melanie’s baby herself. 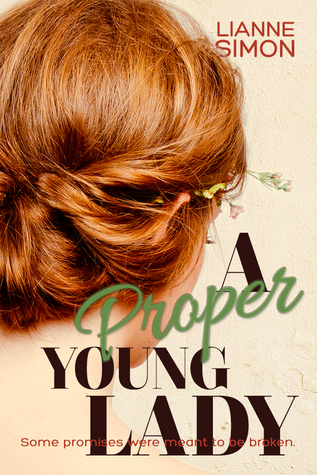 A woman with the complete form of Androgen Insensitivity Syndrome might never discover that she has testes in her abdomen rather than ovaries and uterus. Danièle knows, and she grieves that she can never have her own children. She has a partial form of AIS that left her with ambiguous genitals,
a steady stream of doctors and psychologists, and parents determined to see her happy as a girl.

After Danièle’s best friend and childhood crush agrees to have a baby for her, Danièle learns that the clinic can extract sperm from her own gonadal biopsies, and she becomes the father of Melanie’s baby herself.

Ethan adores the graceful young woman named Danièle, while Melanie imagines a life with the father of her child. Danièle? She’s happy with her intersex body—somewhere between princess and little boy. But in a black and white world, she must choose—once and for all—who she will be. And whom she will love.

We met last night, you and I. In the checkout line at Publix, I think.

You liked my hat--the blue felt one with a silver kilt pin. I smiled, nodded, and thanked you for the compliment.

I must have seemed a middle-aged woman of Scottish descent--a grandmother, perhaps, with gray beginning to streak my ginger hair. And the elfin face of my childhood subdued now.

You assumed me female. Most do. And I am--at least in your binary world.

And before you mention Caitlyn Jenner, I'm not XY either. Not male. Not in your binary world.

Oh, I lived as a boy for a time. Till the world made it clear I belonged with the girls. In your binary world.

With my dolls and tea sets and Easy-Bake Oven. Cooking, sewing, and babysitting.

Feminine of face and demeanor, I fit better there. In your binary world.

With my ovaries part testis--or testes part ovary?--hermaphrodite's the word for that. For me.

All that ran through my head again as I smiled and nodded. But I didn't tell you, did I? Discretion's the better part of valor, they say.

Anyway, I tried that once. It exploded their head. Being in a room with a hermaphrodite, that is. An alien. Other. Perhaps a crazy person. (All the best ones are!)

My doctors don't use words like hermaphrodite, you know. Or intersex.

Gonadal Dysgenesis. Turner Syndrome. Genetic mosaicism. But nothing at all that mentions my being born outside their binary. Nothing. Like that part of me never was.

Because their job is to erase ambiguity. To make the gray black. Or white.

To fix what they consider wrong with our bodies. To cut off a clitoris too large or a penis too small.

To make vaginal intercourse possible--as a male. Or a female. I'm incomplete without that. In need of counseling if I don't enjoy it. Lectured if I don't dilate enough.

All so I'm normal in their eyes.

Binary. My shades of gray gone.

Lianne Simon’s father was a dairy farmer and an engineer, her mother a nurse. She grew up in a home filled with love and good books.

Tiny and frail, Lianne struggled physically, but excelled at her studies. In 1970, she was awarded a scholarship to the University of Miami, from which she graduated in 1973. Fond memories of her time there remain with her.

Some years later, after living in several states, and spending time abroad, Lianne settled in to the suburbs north of Atlanta, where she now lives with her husband and their cat.

While seeking answers to her own genetic anomalies, Lianne met a family whose daughter was born with one testis and one ovary. As a result of that encounter, she spent more than a decade answering inquiries on behalf of a support group for the parents of such children.

Lianne hopes that writing this book will, in some small way, contribute to the welfare of children born between the sexes.

Very interesting concept for a book. I'd like to read this soon :)

The covers are so beautiful and, on goodreads, the ratings for these books are so good.

Thank you for giving away the paperback copies. I don't prefer ebooks!
Dianna