Cadence Anderson has the perfect definition of happily ever after..
Until she doesn't.
When Cadence Anderson woke to find her husband and infant daughter had been killed, she thought her life was over. Instead, she was offered a second chance and sent back in time to do it all again. 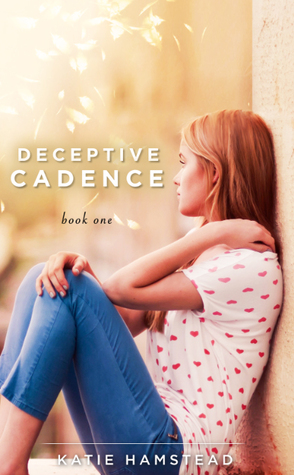 Cadence Anderson has the perfect definition of happily ever after . . .

Until she doesn't. A freak earthquake shatters her life as surely as her home, taking away everything she holds dear. She wakes in a hospital to find that her beloved husband and infant daughter have been killed, crushed by the earthquake's wrath. Disoriented, injured, and alone, Cadence refuses to accept the loss. So when a man claiming to be her guardian angel appears and offers her a chance to go back in time to save her family, she doesn't need to give it a second thought. She accepts.

Thrust back eleven years, she now faces the ordeal of high school all over again. But this time, she's armed with all the knowledge of her adult life and the determination to do everything better, from preventing the loss of her best friend to avoiding her original, drama-inducing boyfriends. She's focused solely on Austin, her future husband, and is content to bide her time until she meets him again.

But then James Gordon crosses her path. Cadence wants to remain single, but James has his sights set. He is determined to win her over, and he's very hard to resist. As Cadence starts to develop unwanted feelings for him, she realizes he threatens to disrupt everything, changing the future and distracting her from her original goal. Now, Cadence must choose: deny the unpredictable and exciting path James offers her, or stay true to the life she had and is trying desperately to resurrect. Second chances are more complicated than they seem.

Deceptive Cadence combines the soaring emotion of a heartfelt romance with the innovative storytelling of magical realism, crafting a uniquely moving, intricate tale about love and loss that asks: what would you do if given the chance to right all your wrongs? 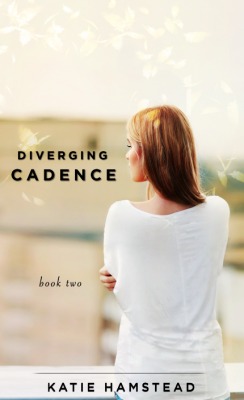 When Cadence Anderson woke to find her husband and infant daughter had been killed, she thought her life was over. Instead, she was offered a second chance and sent back in time to do it all again.

She’s made the most of this opportunity, repairing her relationship with the best friend she lost the first time, avoiding the romantic mistakes she made originally, and even bringing her family closer together. But she’s also done something she wasn’t planning on—she’s fallen in love with someone other than her future husband.

Stepping onto a plane and flying across country to attend university is the hardest decision she’s had to make. But unless she follows through with it, her future with Austin might never happen. And what becomes of her beautiful baby if she stays with James, the man she was never supposed to love?

The only thing she knows for certain is that she has to see Austin again, and she’s intent on reliving that part of her previous life exactly like she did the first time. Even if that means she has to lie to James to do it. Because, deep down, she can’t quite bring herself to let him go.

Now, past and future are about to collide, and Cadence has to make her final choice—follow the uncertain path of a life with James, or the one she came back to save . . . with Austin.

In this emotional conclusion to the story that began in Deceptive Cadence, relationships will be tested, identities revealed, and the past will overshadow the future, putting the finishing touches on an unforgettable tale of courage, sacrifice, and, above all, love.

Born and raised in Australia, Katie's early years of day dreaming in the "bush", and having her father tell her wild bedtime stories, inspired her passion for writing.

After graduating High School, she became a foreign exchange student where she met a young man who several years later she married. Now she lives in Arizona with her husband, daughter and their dog.

She has a diploma in travel and tourism which helps inspire her writing.
When her debut novel, Kiya: Hope of the Pharaoh, climbed into bestselling status, she believed she was onto something, and now has a slew of novels now available, and is published through Curiosity Quills Press, Soul Mate Publishing, and REUTS Publishing.

Katie loves to out sing her friends and family, play sports, and be a good wife and mother. She now works as an Acquisitions Editor to help support her family. She loves to write, and takes the few spare moments in her day to work on her novels.

Thank you for sharing!