Born in shame. Cast from society. Shape Shifter/Elf hybrid, Forest must fight for any respect she can get. Targeted in her youth by a vampire noble who placed an illegal slave mark on her, she is forced to obey him, no matter what. 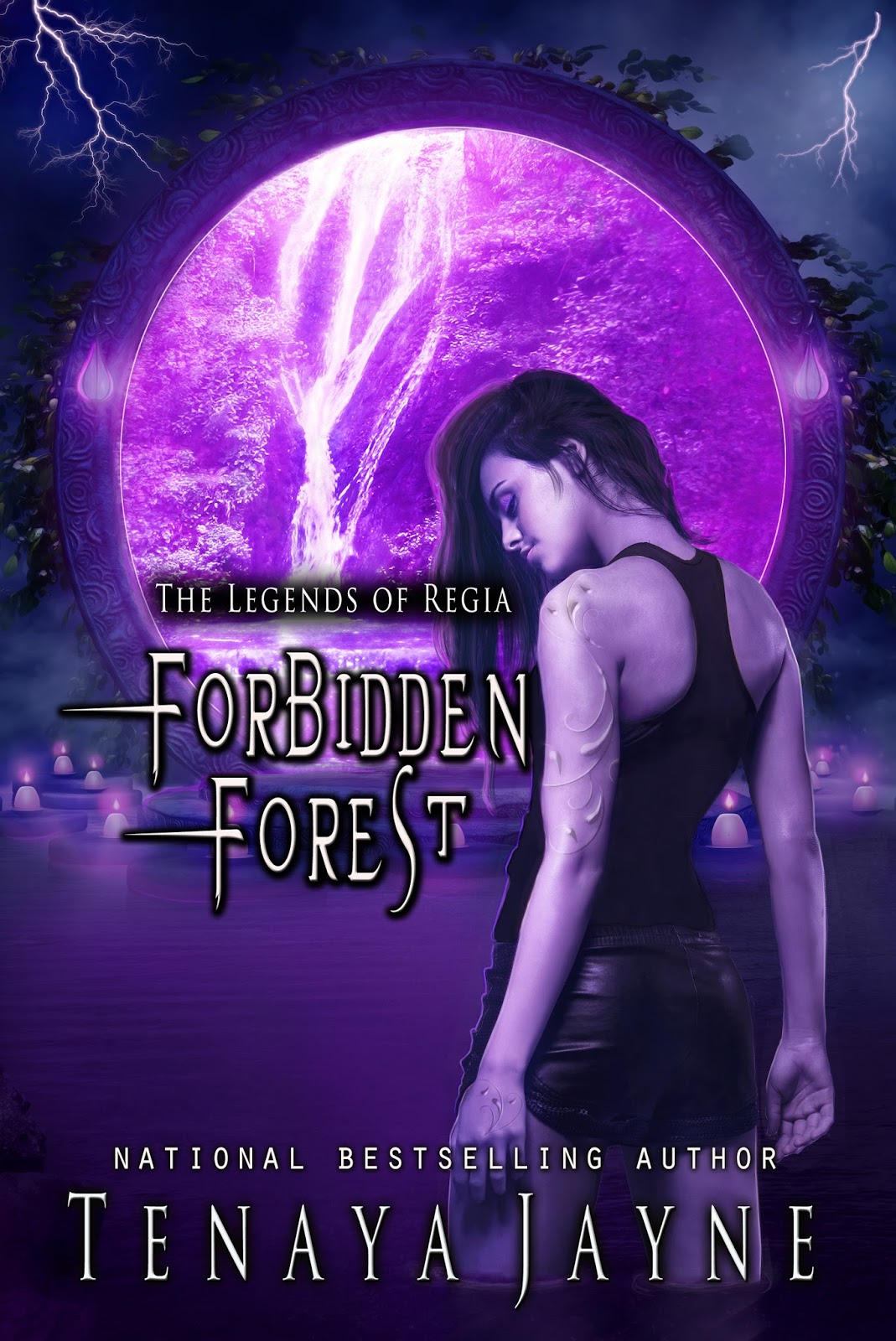 Born in shame. Cast from society. Shape Shifter/Elf hybrid, Forest must fight for any respect she can get. Targeted in her youth by a vampire noble who placed an illegal slave mark on her, she is forced to obey him, no matter what.

Slipping the grip of her master and abandoning the prejudice of Regia, her native world, Forest takes a job on Earth, guarding the portal, using her skills as a warrior to enforce Regia's laws. Now, called home for a black ops mission, Forest must put aside her own prejudice to transport the vampire prince, Syrus, through enemy territory in a time of war.

Prince Syrus, mage and master of the Blood Kata, wants Forest more than he's ever wanted anything. In spite of their mutual mistrust, their attraction cannot be denied. Through the danger of their mission, and the secrets they both keep, it doesn't matter what they feel. Forest is forbidden.

First off, I want to thank Mythical Books for having me!

So, the topic I was given for today is  in a fantasy/paranormal romance series. What not to do in a series and/or the pros and cons for doing it.

In terms of storyline, there really is nothing forbidden in fantasy. That's one of the things that makes fantasy so much fun. Anything can happen. It’s my favorite genre to write and read because of that.

When I first wrote Forbidden Forest, I had no idea it would turn into a seven book series. My original plan was just for the first two books and that was all. It would end there. My couple achieved their HEA, the story was over. Right? I never anticipated the overwhelmingly positive response I got from my readers, or the cry I received to continue on and write more in the world of Regia.

I just released the fifth title in November. The last two books in the series will come out in 2016, ending The Legends of Regia with a total of seven.

In my humble opinion, there is only one thing I consider forbidden in fantasy/paranormal romance, and that is breaking your readers hearts by killing a main character. Side characters and villains are up for grabs, but not the main. I know my readers come to the well of fantasy romance for the purpose of escape. I want them to be excited, amused, entertained, and in love, but never sad at the end. Frustrated perhaps, that they have to wait for the next title to see what happens, but not sad.

And just so I’m not called a hypocrite for that last statement, my character Shi, is a ghost, and I do tell the story of how she died in Verdant. But since she was originally introduced in the first book as a ghost, and she lives on in the series as a ghost, I did give myself a license to kill her in the prequel novella. So now I’m dying to know what the lovely readers think. Is there anything forbidden in fantasy/paranormal romance? Or should there be?

About the author:
Nationally Bestselling author Tenaya Jayne has always walked a shaky line between reality and fantasy.

A nomad by nature, she's lived all over the US, and now resides happily in the Midwest, with her husband and sons. She's an advocate for Autism awareness and women trapped in abusive relationships, and feels everyone has too much pain to not enjoy an escape into a fictional fantasy world.
Her passions include reading, independent and foreign films, cooking, and moody music. For more about Tenaya and her books, visit www.tenayajayne.com

i think heroines like that deserve a good story, because I, for one, would just abandon those hypocrites and let them die!

The Legends of Regina sounds awesome ♡ Thank you

You're new to me and I'm glad I found you here. Looking forward to reading your work.

Sounds like a good read, so I must add this series to my TBR pile.