Though the knight Ovelia Dracaris swore to defend the Blood of Denerre with her life, hers was the dishonored hand that felled the Winter King.
Bloodbreaker
Shroud
Shield 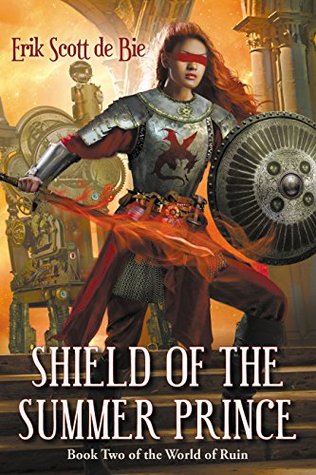 Bloodbreaker
Though the knight Ovelia Dracaris swore to defend the Blood of Denerre with her life, hers was the dishonored hand that felled the Winter King.

Shroud
After five years as a spymaster, Ovelia resurfaced in a desperate quest for justice that cost her everything: love, her sight, and almost her life.

Shield
Blinded and exiled, Ovelia wards her only remaining friend on his quest to save the burning city of Luether, hoping to find what has eluded her for so long: redemption.

Armed with the voracious sword Frostburn, court slayer Regel Winter once shed the blood of countless foes in service to Orbrin the Winter King.

Oathbreaker
But even the coldest steel cannot save those Regel loves: his beloved Princess Lenalin, her daughter Semana, and the Winter King himself, felled by treachery five years ago.

Shadow
Barely an echo of the man he was, Regel forges a pact with the assassin who slew Orbrin, setting out on a deadly quest for vengeance that will change the face of the World of Ruin. 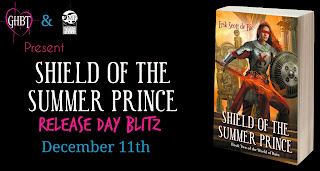 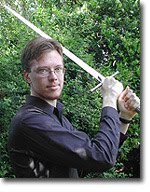 I am a speculative fiction author, mostly writing fantasy, science fiction, and some mix of the two. I'm probably best known for the Forgotten Realms series SHADOWBANE (the tale of a thief turned vigilante paladin, sworn to a dead god), as well as a growing body of short stories in various anthologies and available for download on the web. (Seriously, check my website, it's pretty awesome.)

I am also a known quantity in the gaming industry, designing for the legendary tabletop RPG Dungeons and Dragons as well as other systems.

When I'm not writing, gaming, or more writing, I compose technical documentation by day and fight injustice by night. I lives in Seattle and am married with pets.