Trapped on a flood ravaged island full of orphans, natives and wealthy citizens of the prosperous city Lux, a young girl named Geneva finds herself enslaved at an orphanage with no future and a past she can’t remember. 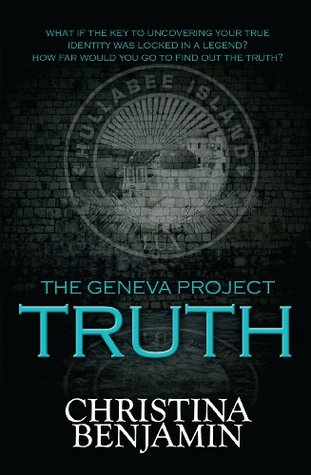 Trapped on a flood ravaged island full of orphans, natives and wealthy citizens of the prosperous city Lux, a young girl named Geneva finds herself enslaved at an orphanage with no future and a past she can’t remember.

That all changes when she meets someone who promises her that there’s more in store for her than she ever could have imagined. Her once dull life rapidly spirals out of control as she starts to acquire new magical powers that may be the key to unlocking an ancient legend along with her true identity. But first she must master these powers, all while trying to keep them secret from her friends and the evil head mistress at the orphanage.

Before she knows it, Geneva is in over her head and has inadvertently wrapped her friends into her web of magic and lies and now all of their lives hang in the balance once the head mistress finds out her plan to prove that the legend of Lux may not be a legend at all!

Who will Geneva trust and how far will she go to save her friends and find out her true identity?

"I never imagined my world would be changing so rapidly. Just a few weeks ago I had only one friend in the world, I believed none of us knew our real names, and I had never heard of Nova. I was starting to wonder if the world was a safer place for me back then. I had a strange foreboding feeling in the pit of my stomach."

Christina Benjamin is the Award-Winning Author of the Young Adult series The Geneva Project.
Her debut novel, Truth, has won multiple awards, including the 2014 FAPA Gold Medal for YA fiction.

Benjamin’s writing hooks fans of mega-hit YA fiction likeHarry Potter and The Hunger Games, and offers them a new series to obsess over. She paints a vivid world, where magic and imagination run wild in her epic tale of adventure, courage and friendship.

Benjamin studied English at the University of Central Florida. She’s dedicated to giving back to the community and speaking at schools to inspire creativity in young writers.

Truth sounds a bit creepy but also like a good book to get lost in. Geneva's got quite an adventure ahead of her.

I love thriller and "creepy" stories :) I think I'd like to read this :)

Wow- the book trailer is amazing! Can't wait to read this :-)

Looks like it will be fun getting to the bottom of this one.

This book sounds quite interesting and intriguing! Looking forward to checking this book out!

This book sounds like something I'd really enjoy reading!

Thanks for the intro to a new book to add to my TBR list!