When the Earth’s rotation slowed to a crawl mankind was plunged into a harsh world of burning hot days and endless, arctic nights. Some fled to the mountains for shelter. Others took to the seas, sailing forever in the perfect gold between the night and the day; a place known as the Seventh Hour. 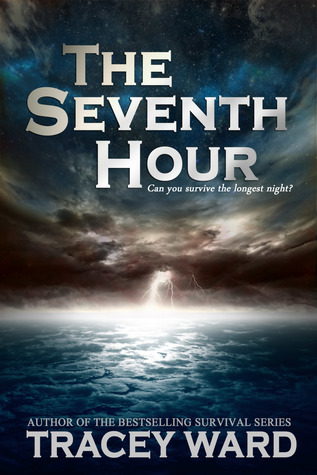 When the Earth’s rotation slowed to a crawl mankind was plunged into a harsh world of burning hot days and endless, arctic nights. Some fled to the mountains for shelter. Others took to the seas, sailing forever in the perfect gold between the night and the day; a place known as the Seventh Hour.

Liv was raised aboard a ship chasing the Seventh. She’s never seen the night, never known true cold, and when a storm destroys her home she’s on land for the first time in her life. She’s alone, surrounded by strangers and perils she couldn’t have imagined in her worst nightmares. Her only chance at survival is Grayson.

He saved her. He’ll protect her. He hates her.

Old grudges run deeper than the sea, and Liv and Gray will have to overcome them together to make it to morning.

To survive the longest night.

That’s what they used to say. I bet it used to be true.

Now it’s an idiom, a phrase we use out of six hundred year old habit that has no literal meaning anymore. Not since the world changed and everything was forced to change with it. The people, the animals. The weather and the landscape. The very nature of the Earth shifted, taking all of us with it.

And no, it didn’t happen overnight.

We adapted or we died, and if there was one good thing about the slowing of the Earth it was that it gave us time. Time to learn, time to prep, time to adjust. Time to save what technology we needed to survive and cast the rest aside. To build cities to withstand the bitter cold and the blistering heat.

Some burrowed into the mountains, building their homes and cities under the ground. They hid from the elements and they waited out the summers. The winters. The hours.

Others refused to hide. As the oceans pooled to the north and south, burying the old world and raising a new supercontinent that circled the Earth like a ring, they took to the sea. They built boats, set sail, and left the frigid night and burning day behind. They stay in the hours in between, in the half-light. That perfect hour. The golden hour. The Seventh hour.

About the author:
"I don't write romances, I write relationships. One is pretty and perfect and all consuming. The other is real."

I was born in Eugene, Oregon and studied English Literature at the University of Oregon (Go Ducks!) I love writing all kinds of genres from YA Dystopian to New Adult Romance, the common themes between them all being strong character development and a good dose of humor.

My husband, son, and snuggly pitbull are my world.

I'd love to read this book. I think about a world with a different time structure and different seasons, all the time :)