Cassidy Wren followed her dreams to sing from a farming community in Iowa to bustling New York City, with her small town boyfriend Eddie by her side. Tired of rejection, a fateful phone call leads them back to her hometown of Hampton, California. 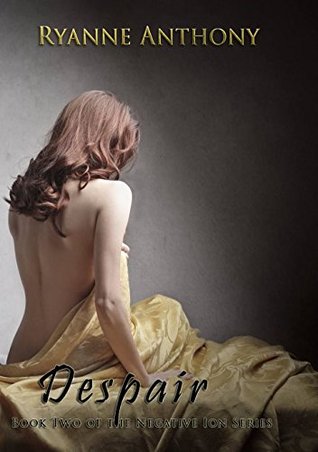 Cassidy Wren followed her dreams to sing from a farming community in Iowa to bustling New York City, with her small town boyfriend Eddie by her side. Tired of rejection, a fateful phone call leads them back to her hometown of Hampton, California.

Negative Ion keyboardist Greg Mitchell is embroiled in a nasty custody battle with his ex while attempting to heal and keep strong for the rest of the band members after the loss of a brother. Sparks fly when Cassidy and Greg’s paths collide, but the guilt from their unusual rendezvous may just be enough to destroy her. Plus, Cassidy’s new friend Kimber is hiding something and she suspects it has to do with missing Negative Ion drummer, Jaxon Malloy.

Cassidy soon finds her life in a complete flux and she doesn’t know who to choose: the man she knows will always be there for her or the man who sets her body aflame?

With friends and siblings like hers, Kimber Forrest felt like all she had were enemies when dealing with her fractured love life…

Kimber wanted to be a lawyer almost as much as she wanted Roland Sampson, her older brother’s best friend. After pining for him for two years, Kimber finally accepts that to Roland, she will always be “his best friend’s kid sister” and nothing more.

During her first year of college, Kimber meets Samantha and her twin, ultimate bad-boy Jaxen Malloy, drummer for Negative Ion. Tatted. Muscled. Beyond gorgeous. Soon Kimber finds herself forgetting Roland and thinking only of Jaxen, much to Samantha’s disappointment. Like Kimber’s brother, Samantha wants Kimber as far away from Jaxen, female enemy number one, as possible since she knew all Jaxen would do is viciously hurt her. Not this time, Kimber insisted. Well-schooled on Jaxen’s reputation, Kimber decides to take what she can get, and ignore all the warnings to stay away from the handsome bad-boy.

Will Jaxen ever think of Kimber as something other than his “annoying” sister’s friend or could he possibly be falling for her, too? Kimber hoped so and, to find out, she was willing to take the risk of Jaxen breaking her heart… and soul.

About the author:
Born and raised in the Midwest, Ryanne Anthony is a wife, mother of two, daydream believer and writer whose third passion is giving life to the characters that occupy her mind, in hopes that she thoroughly entertains her reader and earn a fan or two.
“My goals in writing are to make my reader laugh, gasp, scream, yell, get angry, cry and nod. At the end of every story, I want them to THINK on what I've written, possibly identify on a storyline or two. Every book, I try to do that. I want to entertain you, to not regret spending time 'inside my head'.”