the man with no future and the girl with no past... Brass Tabby: A Slow-Burn Dark Comedy Romance by Rowan Helaine

18+ "i will admit, when i read the blurb that contained the word "millionaire" i shuddered and thought "oh no".... i usually don't DO millionaire romances. i find them to be way over the top and they can be done soooo wrong. cringey wrong. but this one, this one my friends, was done so right" kt, Goodreads 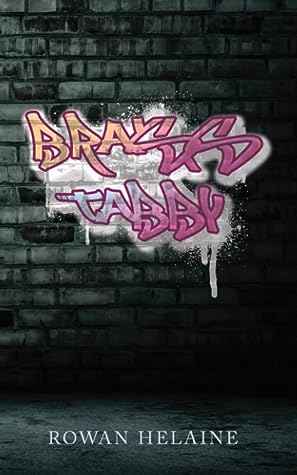 Description:
Published: October 2021
It’s loathe at first felony for the man with no future and the girl with no past.
Left blind and gruesomely scarred following a horrific accident, former golden boy Grant Harcourt isn’t looking for new friends when a snarky ball of hellfire dives into the back of his chartered car. Scrappy street artist Enola Fothergill is just trying to survive, and she definitely doesn’t need the attention that association with the Harcourt clan could bring. A bungled carjacking sparks a slow-burning passion, but when Nola’s murky former life catches up with her, they’ll both have to decide how far they’re willing to go for love.
GUEST POST
Dark & Comedy - a Happy Ever After Mix?
I’ve long characterized Dark Romance as the kind of stories that would have to occur in a vacuum to maintain their appeal. That is to say, that they usually contain themes like kidnapping, rape, stalking, violence, and the kind of impulse control issues best characterized by Wile E. Coyote when he charges off a cliff in pursuit of satisfaction and then holds up a sign saying “Oh No” on the way down. We all know he’s going to hit the ground and sit up with two black eyes and a protruding goose egg as stars and blue birds flit around his temporarily scrambled brains, but ultimately, he’s going to live to fight another day. Such is the overarching theme of Dark Romance. More often than not, regardless of what two people suffer, the author will find a way to explain away a myriad of skullduggery and bring two broken souls together. The background music swells, and all is right with the world.
In real life, this is the type of story that people tell in support groups, but placed into the bell jar of romantic fiction where consent is implied, women always climax from penetrative sex, and we are generally promised a happily ever after, such situations become plot devices. I won’t say that’s not right because that would be tantamount to policing the thoughts of others, but I will say that as a reader and a domestic violence survivor, I’ve closed a lot of books when the red flags start to cast a pal over the sexual tension. At a certain point, a man who is constantly engaging in mind games, solving all his problems with his fists and as emotionally complex as a box of hammers does tend to kill the mood. That is part of the reason that I sat down and wrote Brass Tabby.
I had a friend once, we’ll call him House Troll, who wasn’t exactly known for being sensitive by nature. To tell the truth, he was in many ways the living embodiment of a Dark Romance hero, basically just a big bag of red flags and toxic masculinity. But as the saying goes, even a broken clock is right twice a day, so after a decade of fruitless acquaintanceship, he finally said something that has stuck with me for all these years: You can’t cut an alpha wolf’s balls off and expect him to stay interesting. In retrospect, the fact that a man, even a man as drop dead sexy as House Troll used to look to me, was referring to himself as an “alpha” anything should have been my first clue that he was anything but. Ultimately that person ended up being just as big a disappointment as you would expect, but he did teach me a much needed lesson on how unsexy bad boys are in real life.
Brass Tabby is a book that handles some dark themes, such as substance abuse, domestic violence and depression, but I took great pains to do so with compassion. There were definite consequences to people’s bad acts, and for my two main characters, those ramifications came in the form of work. Each person had to look at themselves and realize that they couldn’t keep going down the path they were on and expect to be happy. They had to make the decision to change. To stop indulging in self destructive habits and ask for help. To open up and trust when the mere thought of giving another person access to their heart was the scariest thing they could possibly think of. The fact that Nola and Grant were forced to first become better versions of themselves in order to deserve each other is perhaps the most realistic aspect of the book, and that, at least to me, is what makes for the most satisfying and romantic ending.
TOUR SCHEDULE
Goodreads ** Amazon 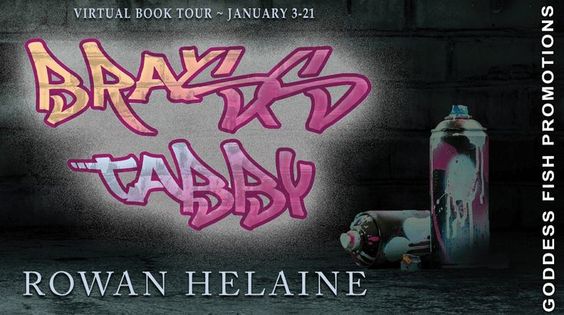 About the author:
Born and raised in New England, Rowan is currently leading a semi-nomadic existence in the company of her aggressively affectionate hound dog Filburt and a hardy Finnish sourdough starter. She enjoys solo travel, rescue animals, men, and carbs.
Website ** Goodreads ** Facebook ** Twitter ** Instagram
Author's Giveaway:
the more you comment, the better your chances of winning
a Rafflecopter giveaway
Posted by CCAM at 9:30 AM

How did you pick this cover photo? It looks great

I enjoyed the guest post and Brass Tabby sounds like a fun and captivating read and I love the cover as well! Thanks for sharing it with me and have a fantastic week!