One night can change everything.- The Fool (Games We Play #1) by Liz Meldon

The Fool is a novella intended for readers aged 18+, and is the prologue for the paranormal romance serial Games We Play.
One night can change everything.
One night. One job. One man. One chance to change her life. 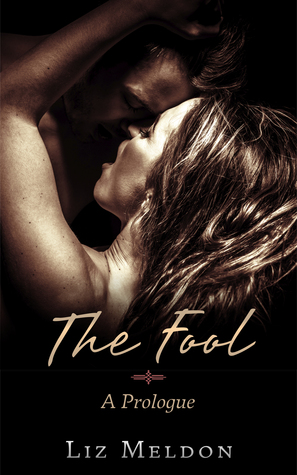 One night can change everything.

That's what they always say, and for now, vampire hunter Delia hopes it's true. After years of mediocre performances, she's still nothing more than a grunt in her hunter league, stuck on surveillance duty and low-level vamp busts.

So, when her informant drops an amazing lead in her lap, she jumps at the opportunity to take down the region's rumored vampire leader at an invite-only masquerade ball. Clad in a mask and uncomfortable dress, Delia throws herself into the fray—only to realize she’s woefully unprepared for the night that awaits her.

Also… Some ridiculously attractive guy dressed as the Fool keeps distracting her.

One night. One job. One man. One chance to change her life.

All she has to do is not screw it up.


Music drifted languidly from speakers around the dance hall, and couples whirling around the floor barely missed a beat, moving this way and that, too wrapped up in themselves to notice when the songs changed. It was a more appealing sight than the one she was used to seeing on a dance floor: Kain and his boys grinding up on drunk girls, their sense of rhythm all but absent. Most here were intoxicated, but the costumes gave a degree of modesty, and no one, as far as she could see, was mashing pelvises.

She’d had a few conversations since leaving the bathroom, but the women flying solo were more interested in finding someone to spend the evening with, while most of the men fed her the same dull lines over and over again: Why was she alone? Where was her drink? Did she know her eyes sparkled like emeralds?

Delia had just barely escaped the last guy—his breath rank with alcohol—who kept guffawing in her face whenever he cracked a joke. So there she stood, hovering on the outskirts of the dance floor, unsure of her place.

Arms wrapped around herself, she watched a nearby couple as they danced. They were both young and slim, effortlessly gliding around like they’d done it a hundred times before. Maybe they had.

She blinked quickly, bringing herself out of her daze, and tightened her grip on her clutch as the jingling of bells grew louder. The Fool had found her again.

Throughout the night she’d spied that ridiculous gold and purple mask at a safe distance out of the corner of her eye. Sometimes she actually turned and looked, only to find him chatting with one or two other people.

“Delia,” he said, dipping his head cordially as he stood beside her.

She pursed her lips, noting the barely-there gap between their bodies.

She returned her gaze to the dancing couple. So elegant—hypnotic, even.

“Did you find who you were looking for?”

It took her a second to process the question, and she glanced his way curiously.

“Earlier,” the Fool continued with a nod in the direction of the garden. “You ran after someone. Did you find them?”

“No.” Delia squared her shoulders and let out a small sigh. “Just a look-alike. I don’t think the person I want to see will show tonight.”

“Pity.” The Fool sniffed, his gaze wandering the dancing couples. “Fortunate for me, however.”

She almost laughed. “Why?”

“Because now I can enjoy the pleasure of your company… uninterrupted.”

Delia forced away the incredulous look that flashed across her face, her lips threatening to turn upward in a smile, and finally faced him.

The Fool, however, continued to study the dancers, ignoring her narrowed stare.

“Does this usually work on girls?”

“What?” he asked innocently, sparing her a quick glance, a few of his bells jingling.

“This faux-formal crap you’re spouting.” She cocked her head to the side as she waited for a response.

Slowly, a smile spread across his face, lips pulling back to reveal a set of perfectly straight, perfectly white teeth. “I don’t know. Does it?”

“No,” she replied quickly, turning toward the dance floor again just before their eyes could meet. “It doesn’t.”

“Shame. And here I was thinking I’d been doing so well.”

“That’s presumptuous of you,” Delia remarked, her head tilting to one side again, mimicking the slow way the man dipped his female partner. Her fair blonde tresses tickled the floor, and they grinned at one another. Despite herself, Delia suddenly found herself grinning too.

Her skin prickled at the deep rumbly quality of his voice, but she was determined not to react to it.

“… Perhaps I can remedy that.”

She almost told him it was unlikely, all the while feeling a little guilty for her rudeness. After all, he had scared off that psychotic Donovan vamp earlier. Even if he didn’t realize it, she actually owed him. However, before she could get another word in, the Fool snapped at a passing waitress, and the woman hurried toward them with a tray of drinks in hand.

“You seem to have lost the one I brought you earlier,” the Fool noted as he handed her a glass, which Delia took almost begrudgingly. He then looked to the waitress and gently touched her arm as he said, “And if you can manage, perhaps a red wine for myself?”

“Of course, sir.” The woman gave a small nod before hurrying away, moving with more purpose than any of the servers Delia had seen all night. She raised an eyebrow at the Fool again; he wasn’t a vamp power-player, but he had to be someone important in the human world.

He caught her studying him, and then flashed a charming smile as Delia pretended to be admiring his bells.

“Champagne gives me a headache,” he told her, as if that explained the drink request.

Delia shrugged. “Sucks to be you.” The new glass of bubbly liquid, tinged with a rose-gold hue, slid down smoothly, but she vowed that this would be the last of the night. “I love champagne.”

“I know.” He then reached up and brushed his fingertip over her cheek. Delia flinched back, nostrils flaring in alarm. Even after his arm fell back by his side, she felt the warmth of his touch on her skin. “You get a little blush every time you drink it. Quite endearing.”

“Well, that’s some extra-close attention you’ve been paying to me,” she forced out, her breath catching at the intensity of his stare. She cleared her throat as she stepped back, flustered. Genuinely flustered. Because a hot guy in a stupid mask was doting on her, and Delia wasn’t accustomed to men doting on her. The guys in her history weren’t exactly the doting type.

But then again, there really was only one reason a man would dote on her…

Her blush darkened at the thought.

Toasting him with her champagne glass, she took another few steps back, alarmed that he followed slowly.

“Thanks for the drink… again,” she told him. Then, without another word, Delia turned on the spot and cut across the dance floor, not stopping until there was some distance between her and the Fool.

For a short time, she tried to distract herself with the sea of dancers, the swirl of fabric and the flash of masks slowly blending into one living, breathing organism.

Through the fleeting gaps between couples, she saw him. The Fool. Watching her from across the room, he stood quite still amidst all the twirling and whirling, through the swishes of fabric, his glass of red wine in hand. She wasn’t sure why she decided to stay there, directly across from him. Maybe it was the fact that after a night in sultry, but painful, heels, her feet finally decided enough was enough. Time to stay in one place for a while.

Delia chose to ignore the fact that every time she did try to move, her feet were like heavy stones, keeping her in place, in the Fool’s line of sight.


FREE on Smashwords!
Goodreads ** Smashwords ** Amazon
About the author:
Liz is a Canadian author who grew up in the Middle East. She has a degree in Bioarchaeology from Western University, and when she isn't writing about her own snarky characters, she is ghostwriting romance novellas, loitering on social media, or taking care of her many animals.

As a freelance ghostwriter, she has written thirteen books, which range from romance to horror, full-length to novella-sized. A handful are currently on the market, and she stalks their "authors" with fiendish delight. She loves writing realistic characters in fantastical settings.