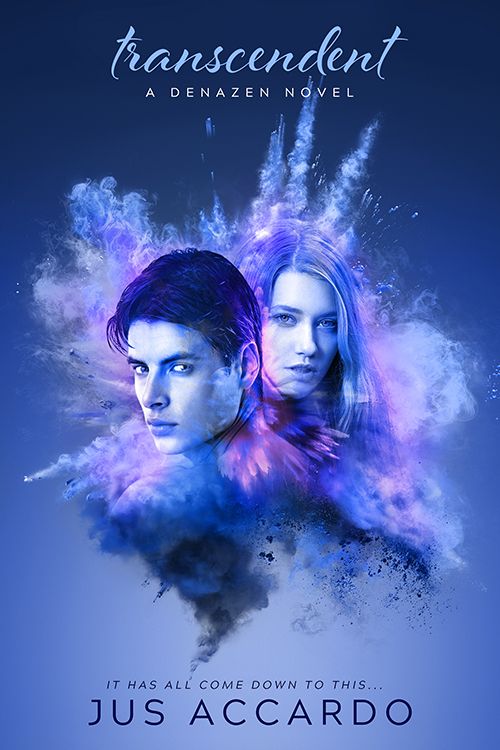 Will be Dez and Kale a tragic couple?

There are almost nine years since I read the first volume! In all this time my expectations did not diminish. If Touch, the first volume, came in a time when there was a hunger for YA stories with paranormal elements, Transcendent has to face not only the eventual forgetfulness of us, the "old" fans, but also the "consequences" of the huge quantity of books and movies with kindred subjects: saturation and high expectations. After reading Transcendent, I'm quite confident that Mrs. Jus Accardo (hi!) will tick off another success.

Even if, of course, it is recommended to read the entire series in order, the necessary details to understand what's happening and enjoy Transcendent are offered.

Adding, eliminating, "replacing" characters in a steady rhythm, the story of our heroes continues without breaks. The few more relaxed bits are only the quiet moments before the storm. And storms will be and they will bring havoc. The battle between good and evil never stops. Impossible choices and tough decisions, relationship changes, confrontations of the supernatural powers and human determination, sacrifices and more... nothing is missing. All these elements are well used and combined, readers' curiosity and anxiety being efficiently manipulated. The real and fatal damage remains a permanent threat. Everything is changing. Ms. Accardo doesn't have mercy for her characters or for her readers. And the readers will love it all.

Another thing that I liked is that, under the lines and without negatively affecting the story or its pace, Ms. Accardo serves to the young (or older) readers more serious things to think about. She is an author to keep an eye on.

Discover yourselves everything Danazen has to offer! Today!

The boy she’d lost, and finally found again, is not the same boy she remembers. As one of the most powerful Sixes, Kale has changed in ways Dez can’t ignore.

When the truth at the root of the Denazen Corporation’s origins begins to unfold, those behind the scenes will do anything to keep it hidden.

Dez and Kale will be pushed to their breaking point. As long buried secrets come to light, they must fight for their freedom—and each other—as they never have before.

Kale’s destructive power could win the battle, if he doesn’t lose himself to it in the process. Or Dez will be faced with an impossible task—saving the world from the boy she loves.

About the author:
JUS ACCARDO spent her childhood reading and learning to cook. Determined to follow in her grandfather’s footsteps as a chef, she applied and was accepted to the Culinary Institute of America. But at the last minute, she realized her true path lay with fiction, not food.

Jus is the bestselling author of the popular Denazen series from Entangled publishing, as well as the Darker Agency series, and the New Adult series, The Eternal Balance. A native New Yorker, she lives in the middle of nowhere with her husband, three dogs, and sometimes guard bear, Oswald.

I like the colors and design of the book cover. This sounds like a good paranormal story.