This could be fun, they said - Fahrenheit (Fahrenheit #1) by Alex Rosa

18+ Nathan know’s Lauren doesn’t have a clue what she’s getting herself into.
This could be fun, they said. There’s no harm in it, they agreed.
Little do they know, a little research can serve up some unexpected results. 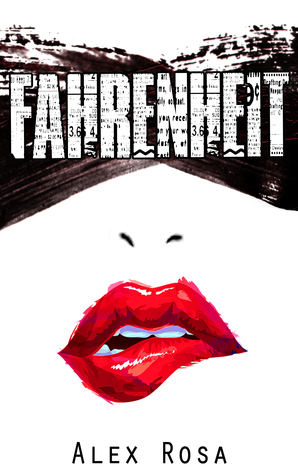 Lauren Michaels is exhausted with the push and pull of copy editing for Los Angeles’s woman’s magazine, Frenzy, which caters to pop culture, style, and above all, sex.

She wants to write for the magazine rather than edit, but her boss is convinced that Lauren’s conservative tendencies won’t fit in with the risqué nature of what Frenzy is about.

Convinced to make her mark, Lauren begs for the chance to prove herself.

Her mission? To investigate the growing popularity of sex clubs in Los Angeles, and figure out how the sensual underworld functions.

Out of her element, Lauren starts her search with pen and paper in hand at a local sex shop, hoping she’ll find a trail that leads to the lairs of sex and fetishes. Instead, it leads her to Nathan Sanders. He’s daunting, charming, and a little too dark and mysterious for her taste, but Lauren knows he’s what she needs as her way in.

What she doesn’t see coming is that Nathan is all too willing to invite her to a nightclub she’s only ever heard stories about, and also the fact that Nathan know’s Lauren doesn’t have a clue what she’s getting herself into.

This could be fun, they said. There’s no harm in it, they agreed.

Little do they know, a little research can serve up some unexpected results.

He licks his bottom lip, allowing a few seconds to drag out in silence before asking, “Now what?” A crackling static of sexual tension builds between us. “Is this where I go back home now?”

The attraction between us is as involuntary as breathing, and it’s starting to feel as important as oxygen.

“I don’t know,” I hum, sensing this strange need to obliterate the word “bookish” when he thinks of me. I want to be more than that. That word implies things I don’t like when it comes to a man I’d lick every inch of.

I slide my hands up his torso and over his shoulders, pushing his leather jacket off. He allows it to fall to the floor behind him. His eyes are entranced as he watches me.

Hooking a finger into the front loop of his jeans ignites his wicked smile.

He closes the rest of the distance between us with a single step, popping anything I had left of a personal bubble. 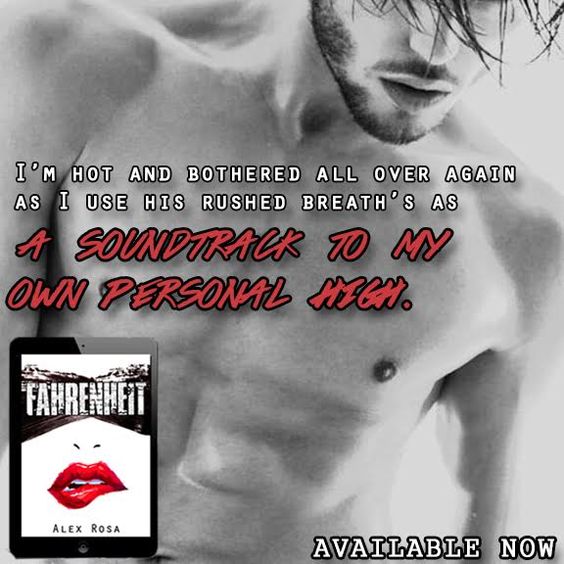 “Is this still for research?” he asks as he moves with me tugging him toward the bed.
I shrug. “Hm. Let’s call this more of an extracurricular activity on top of my general studies, of course.”

His smile could light up the Hollywood Hills.

“Of course,” he tuts with a patronizing nod, like a teacher placating his student.
“You’re such an ass sometimes.” I laugh as I turn us around, switching places.
“What? How am I—?”

I shove at his chest, having him tumble back onto my bed.

He laughs. His eyes lighting up like a kid who’s seeing sunshine for the first time after years of being inside. It has me wondering how much fun Nate allows himself to have.

I place my knee onto the bed between his legs. The sound of his laugher fades as he watches me crawl up the length of his body until I’m straddling his narrow hips.

“This night is shaping up way better than I had hoped,” he says.
“Oh, yeah?”

He nods, placing his hands behind his neck, positioning his body in such a way to imply something sensual, but it has me thinking of something else. “I’m all yours,” he quips.

About the author:
Alex Rosa lives in San Diego, California. When she isn't scouring city parks or cafe's to write she is more than likely trying to convince her friends to join her on her next adventure. A sufferer of wanderlust, she is always looking for a new mountain to climb, a canyon to hike, or a plane to board. Her resume consists of coroner, to working at a zoo, and most recently as an executive assistant, but finds her home amongst words, whether it be in books, or in film. Her obsessions are on the brink of bizarre, but that's just the way she likes it.