When Special Ops recruit, Tara Kafee is dishonorably discharged, there’s only one place to go—Home.
But there’s more waiting for her there than she’s ready for.
It’s been four years since she’s been back and ten since her mother walked out on the family never to be heard of again. 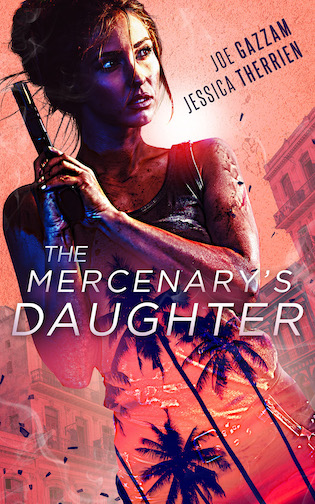 If you look at the cover (a Lara Croft style cover) and read the blurb, things seem to be very clear. You know already what you'll get and the main ...milestones of the plot. So, there is no room for surprises here. But this it's not important when dealing with a book as The Mercenary's Daughter, isn't it?! Yep, such a story needs rhythm, dangers, (apparent) impossible situations, suspense, excitement, physical stunts, chases, fights, races, incredible solutions, brave characters... Joe Gazzam & Jessica Therrien's baby has them all.

The rhythm is very good. From the start, we are on the move. Even when the necessary character's background or weaponry information is given, even during the "romancing" moments, the pace is not disturbed.

The action scenes are well built and take place exactly when needed. Their intensity, length, and type are also very well manipulated in accordance with the moment in which they happen stressing the increasing dangers. Brain and brawn work great together and despite the solutions found, things still seem possible.  The tension accumulates, the anxiety increases as the chances diminish and death becomes the most likely outcome. The scenes are perfectly described to allow the readers to see and feel everything.

The clear line between good and bad is sometimes blurred giving the occasion for life lessons. Humor is also present here and there and is like that bit of salt in a sweet recipe (a bit of salt accentuates, flavours the sweetness).

The family relationships are important and one of the final (boat) scenes both represents the essence and points the next step. Every member of the family evolves; they mature and (re)become a team, a whole.

If you like action movies, you could choose to "read" one! Take your soda, popcorn and enjoy The Mercenary's Daughter. As for me, I cannot wait to see how the Kafees will deal with their next target! Enjoy! 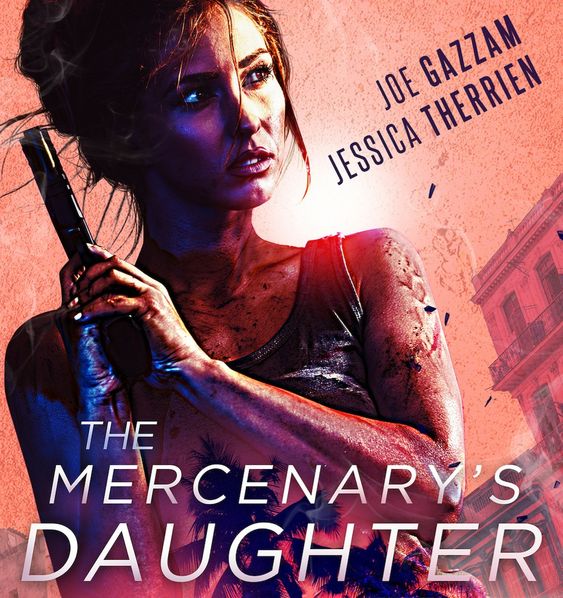 When Special Ops recruit, Tara Kafee is dishonorably discharged, there’s only one place to go—Home.

But there’s more waiting for her there than she’s ready for.

It’s been four years since she’s been back and ten since her mother walked out on the family never to be heard of again.

She’s determined to rekindle things with her father and keep him close. That is, until he goes missing.

Soon after stumbling upon a safe room full of weapons, fake passports, and a mission’s dossier marking a target in Cuba, she reluctantly accepts the help of her angsty teenage brother. He’s the only one she can trust, so together, the two set out for Havana.

Tara is determined to get her father back, whatever it takes, but things are never easy when you’re the mercenary’s daughter.

About the authors:
Jessica Therrien is the author of the young adult series Children of the Gods. Book one in the series, Oppression, became a Barnes & Noble best-seller shortly after its release. Her trilogy has been translated and sold through major publishers around the world, such as Editions AdA (Canada), EditionsMilan (France), and SharpPoint Press (China).

Aside from her Children of the Gods series, Jessica is the author of a kid’s picture book called, The Loneliest Whale. Her award-winning stories can also be found in a published anthology of flash fiction.

Jessica spent most of her life in the small town of Chilcoot, California, high up in the Sierra Nevada Mountains. In this town of nearly 100 residents, with no streetlights or grocery stores, there was little to do but find ways to be creative. Her mother, the local English teacher, inspired her to do all things artistic, and ultimately instilled in her a love for language.

Jessica currently lives in Irvine with her husband and two young sons. She is working on a new YA thriller/suspense series and a middle grade fantasy series.

Screenwriter/Novelist Joe Gazzam has been a working screenwriter for 8 years working on such films as:
Shadow Run
Cliffhanger
21 Jump Street
Barbarella
Step Up: Revolution
Disney’s Hawaiian Adventure
It Takes a Thief
Anubis Tapestry
(and many more)
His debut novel, UNCAGED, out now!

love the cover, thanks

The book sounds really good and has a great cover too. Thank you for the review the book is going on my wish list.

I love the cover and think the book sounds good.

What a great excerpt.

thank you for the review!

Love to read it sounds like my kind of book.

Love the title and the cover.. Best of luck...