What do you do when the man of your dreams is real? Phoenix's Touch (Soul Bonded in the Stars #1) by Tai James

18++ "This book is a fantastic start to this series. Featuring humans, Atlanteans, a common enemy an various other aliens, it’s full of danger, action, soulmates, steamy scenes and more. It’s a must read if you love alien romance books. The world building and storyline is incredible with amazing characters to boot." Tasha, Goodreads 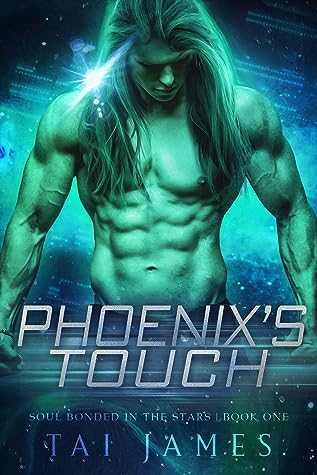 Description:
Published: 14 December 2021
What do you do when the man of your dreams is real?
Kiera Wade never thought the man she had been dreaming about was anything more than a figment of her imagination. On a mission to save her crew, Kiera crash lands in hostile Atlantean territory, where she finds out her dream lover, Phoenix, is real and claims she is his destined soulmate.
Phoenix Vasilakis, a prominent Atlantean orator and the unwilling leader of change, is willing to risk everything to help Kiera, even though it could mean death. He has a secret, though, one that could jeopardize it all for him and Kiera.
Stranded and held at the mercy of the Atlantean council, Kiera has to find a way to help her people before Scavengers kill them, but when things heat up between her and Phoenix, she discovers that's easier said than done. With so much at stake, will Phoenix and Kiera embrace their growing feelings for each other, or will everything fall apart?
GUEST POST

When I was a little girl, I used to look up at the night sky while lying on my trampoline and imagine infinite worlds in the stars. The possibilities were endless, and my young imagination went rampant with ideas of what could exist. I came up with many stories about the worlds among the stars. But, I will be honest, since I was just a girl when I started this game, what I wanted the most was a planet populated with unicorns.

Over the years, my stories have evolved. I haven't written anything with unicorns yet, but I have come up with some creative worlds. One of my greatest pleasures in writing is the worlds and people I can bring to life with my words.

Science fiction romance has always spoken to me deeply because the possibilities are endless. Green men with gills that can breathe underwater? Sure! Fated mates from different solar systems that are entirely different species? Absolutely! Bringing in the Atlantean element from ancient history but giving it a futuristic element. Yep, that's cool.

The endless potential is part of what makes science fiction romance such a wonderful subgenre to read and write. As a sci-fi romance writer, I can bend and shape reality into whatever I want it to be, and it is such a delight creating stories from my imagination. I choose happiness and hijinks with some hot alien men thrown in for good measure. Maybe at some point, I'll throw in a few unicorns too. ;)

About the author:
When Tai isn’t writing about happiness and hijinks-with some hot alien men thrown in for good measure she can be found catering to her four neurotic cats or touring the latest haunted house that rolls into Austin. Along with the aforementioned cats Tai has a wonderful husband and very sweet geriatric dog named Marley. Tai loves to hear from her readers!
Website ** Goodreads ** Instagram ** Facebook
Author's US Giveaway
a Rafflecopter giveaway
Posted by CCAM at 1:00 PM