She’s the wife of my archenemy...Thug (Something Real, #3) by Leslie Georgeson

18+ "Very action packed lost time when reading this book had to see how it ended, the Popov family went through a lot. But another great book again!"  Sara S., Goodreads 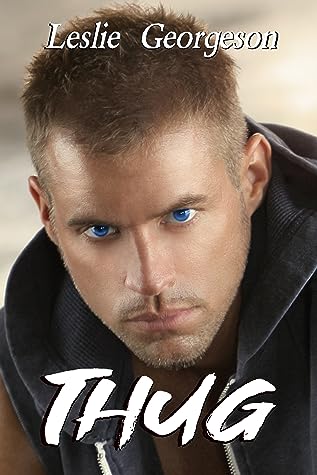 Description:
Release Date: January 11th, 2022
She’s the wife of my archenemy. My chance for revenge. Could she also be my heart’s salvation?
—–
I have three simple rules. Put family and the bratva first. Show no weakness. Never bend.
Then Siena Russo explodes into my life, knocking me off my feet. And I forget all my rules. Siena is witty and kind with an inner strength befitting a Mafia queen. My dream girl in the flesh.
It is all smooth going but for one giant hurdle. She is the wife of my archenemy, Salvatore Romano. Prince of the Italian Mafia.
Siena is in a fix, but if I help her, I will violate the Mafia truce. Crossing the ruthless Romanos means certain death.
Sal wronged me once, and I was forced to let it go. To protect my family and keep the peace.
Now is my chance to get even. Save Siena and steal Sal’s wife. Revenge is sweet but complicated. How do I choose between love and family?
EXCERPT

“There’s movement at the gate,” Adrik announced, drawing all our gazes.

We were parked across the street from the address Siena had texted me, having only just arrived moments ago.

We’d shown up just in time.

Sal’s property was fenced like most of the fancy homes in the area, and while we watched, the gate opened, and two vehicles emerged: a Tahoe and a sedan.

My gut said Siena was in that Tahoe, probably with Sal.

Once the vehicles rounded the corner, Adrik pulled away from the curb and followed.

It was nearly five a.m. now, and the streets were empty, which made it easy to follow them. We stayed back so they wouldn’t get suspicious, and about fifteen minutes later, they turned into the Romano estate in Beverly Hills.

Dom’s gaze darted to mine. “If she’s in one of those cars and they take her inside, our chances of getting her out are slim.”

Enzo Romano’s property was like a fortress, much like the Popov mansion. He had thugs guarding it from all sides, not to mention the security fence that we would have to get past without alerting the guards. Odds of us getting inside undetected were slim to none.

Adrik pulled the car over several houses away and waited for my instructions.

I ground my jaw. We didn’t have enough manpower with us tonight to take on the Romanos. We shouldn’t even be here. I had put everyone in this car in danger just by being this close to the Romano estate. To venture any closer would be suicide. His men shot first and asked questions later.

I dragged a hand down my face. We had no choice but to back off for now. We would have to wait for another opportunity to free Siena.

“Fuck!” I slammed my fist into the back of Timofey’s seat, startling him. “Fuuuuck!”

Tension filled the car. We all watched in silence as the gate opened and the two vehicles drove inside the property.

I bowed my head, not wanting to admit defeat. Hundreds of scenarios flashed through my mind of ways Sal might torture Siena. In that moment, I was reminded of what the son-of-a-bitch had done to Cara, and my stomach heaved.

Be strong, Siena. Don’t let him break you. I’ll get you out of there as soon as I can.

“Now what, boss?” Adrik asked, eyeing me in the rearview mirror.

Heaving out a long sigh, I lifted my head.

About the author:
Leslie Georgeson writes romance and suspense, sometimes with a dash of sci-fi or paranormal tossed in to make things more interesting. She is the author of the popular military romantic suspense series, THE DREGS, which was nominated for the 2018 TopShelf Indie Book Awards. Her other titles include the UNLIKELY HEROES series, the UNDERNEATH series, the standalone romantic mystery, NO SON OF MINE, and the newly released romantic suspense duet, THE PACT. Book one, The Mocking Man, is now available on Amazon.
Leslie lives with her husband and daughter on a quiet country acreage in Idaho. She is currently working on The Honest Liar, the second book in THE PACT, and anticipates an early May 2020 release.
Website * Goodreads * Facebook * Twitter * Instagram ** Newsletter
Author's Giveaway:
a Rafflecopter giveaway
Posted by CCAM at 5:00 PM

Becoming lovers with a rival enemy's mate makes for an exciting read!