“such a time as this”... Hesitant Heroes (Divine Destiny #1) by Sharon René

"This is a great speculative novel for teens and adults. The plot is intense.
The likeable characters wrestle with doubts, insecurities, and other emotions as they get deeper into the crisis. Relationships and love interests are challenged." Michelle K., Goodreads 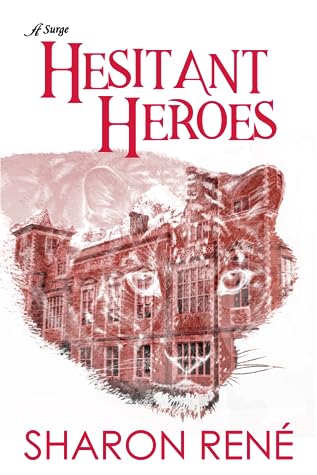 Description:
Published: September 2021
In a future where the planet is ruled by the powerful Global Collective Council, and religion is outlawed, Jordan Scott is chosen to attend Global Collective University because of her phenomenal computer skills. Shy and insecure, she has difficulty fitting in with the intelligent, worldly teens at GCU. She joins a secret Bible study and meets Matthew Thomas, a good-looking jock with a big heart. Jordan’s relationship with Matthew grows deeper, and she even manages to bond with her cranky roommate while growing closer to her fellow teammates.
When Christian students mysteriously start disappearing from campus, Jordan stumbles upon the shocking truth—these students are pawns in a government plot, and she’s next on their list. Suddenly, she’s forced into a leadership position as she and her teammates journey from the European Alps to the jungles of Venezuela in a race to save the missing students and stop a political assassination. Fighting fears that have haunted her for years, Jordan battles with the strongest political force on the planet. She believes God placed her at GCU for “such a time as this.” Jordan will have to rely on her faith and friends to save the missing students and foil the evil government.

Author Thoughts on Quote from Hesitant Heroes by Sharon René

Jordan Scott and her friends (Team Seven) have become entangled in a dangerous political scheme of kidnapping and assassination. Jordan is emotionally exhausted and ready to give up, but her roommate Hannie won’t let her.

In this scene, Jordan has thrown herself across her bed and told Hannie she was quitting. No more sneaking around and putting herself in danger. Hannie argues that she can’t quit but her arguments don’t work until she says:

“God put you here, didn’t He? Even He knows you’re a born leader.”

Could Hannie be right? Had God placed her at GCU for such a time as this?

Hannie sighed her breath heavy with the scent of spearmint gum. “Jordan, you’re the Queen Esther of Team Seven.”

Why would Hannie mention Queen Esther? She never talked about God. Jordan wasn’t sure Hannie even believed in God. She’d never been to one of their Bible studies and she didn’t know that Esther was one of Jordan’s favorite Bible stories.

Are you trying to tell me something God?

Through the book Jordan has believed that God placed Team Seven at GCU “for such a time as this,” but she never suspected Hannie would feel the same way.

When Hannie brings up Queen Esther Jordan knows that God is sending her the encouragement she needs to continue down an extremely dangerous path.

“For such a time as this” is the theme that runs through Hesitant Heroes. I believe God has placed every one of us in a certain place at a certain time for a certain mission.

This is not always easy to believe. As a teen I hated living in a small town. I’ve always been a city girl at heart. I didn’t understand why God had put me there. I’ve had many ups and downs in my career. I thought I wanted to work in broadcasting but that was a disaster, then I ended up working in a corporate legal department which I enjoy. I’ve always been an introvert, but God led me to teach youth Bible fellowship classes and participate in mission trips and prison ministry.

Can you relate? Are you a teen who hates your school? Perhaps you hate the city you live in, or your marriage is not the romantic dream you hoped for. At times like this it’s hard to believe that God has put us in a certain place “for such a time as this.”

I hope Hesitant Heroes will help readers understand that God doesn’t always place us in beautiful, calm environments. Queen Esther lived in a pagan culture and was married to a pagan king. (Not great husband material). In Hesitant Heroes, Jordan, and her friends, Team Seven, must risk their lives to rescue their kidnapped friends and stop an assassination. Nothing easy about that!

I pray that readers draw strength from Hannie’s words and Jordan’s belief that God does have a special purpose for each one of us. We just need to ask God to direct us and show us what He wants us to do for Him in “such a time as this.” 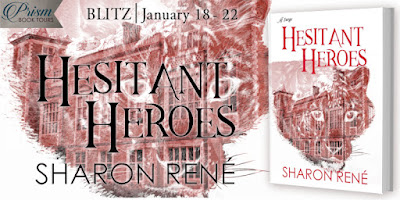 About the author:
Sharon René loves to write young adult and children’s fiction. Her young adult speculative trilogy has been acquired by Anaiah Press and the first book, Hesitant Heroes, released in September 2021. Hesitant Heroes is an exciting blend of danger, drama and a little romance. Relentless Rebels is scheduled to launch in March 2022. Her first book, A Mixed Bag of God’s Grace, was published in 2018 by TouchPoint Press. This is a book of short stories and devotions for elementary aged children.
Website * Goodreads * Facebook * Twitter * Instagram * Bookbub
Author's US Giveaway
a Rafflecopter giveaway
Posted by CCAM at 4:12 PM