In the Foreign Quarter of Tsukiji, Tokyo, Japan, Victorian England is alive and well. Manners and etiquette are as valuable as gossip and deceit. Men are more rakish than ever - so far from home, societal rules seem to be relaxed. But courting young women still requires a deft hand, a smart wit, and a man with something to offer. 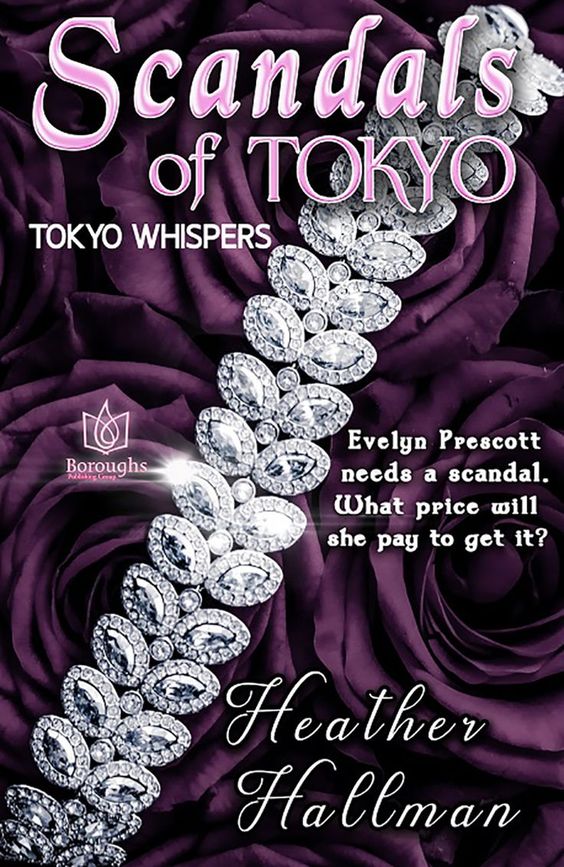 Description:
ENJOY THIS PREQUEL TO THE TOKYO WHISPERS SERIES
In the Foreign Quarter of Tsukiji, Tokyo, Japan, Victorian England is alive and well. Manners and etiquette are as valuable as gossip and deceit. Men are more rakish than ever - so far from home, societal rules seem to be relaxed. But courting young women still requires a deft hand, a smart wit, and a man with something to offer.
INTERNATIONAL SCANDAL
Intent on being an international journalist of repute, Evelyn Prescott will do what it takes to make her mark.
It doesn’t hurt that her father has built a newspaper empire, but finding a scandal in Japan is no easy task.
As much as she hates to admit it, she is forced to meet with the owner of the Tokyo Daily News, Ned Taylor, also an Englishman.
Ned holds a deep-rooted dislike of Evelyn’s father’s approach to journalism, and Ned, a notorious rake, pushes her to see just how far Evelyn is prepared to go to get her story.
From Reedsy Discovery: "Written as a prequel novelette to her forthcoming Tokyo Whispers series, “Scandals of Tokyo” drops readers into the immigrant quarter of Meiji era Tokyo, with hints of all of the glitz, the temptation, and the salacious gossip one could wish. At just under 30 pages, Hallman has a lot of ground to cover, introducing characters and a world that will be expanded on in future novels, but if “Scandals” is just a taste of this series, then it’s going to be huge.
Lovingly researched and brilliantly detailed, Hallman knows the place and time she’s writing about and it shows! Turn of the century Tokyo is alive and well on her pages and in her characters, and it is certain to delight."
EXCERPT
Tokyo 1896
Foreign Quarter of Tsukiji
Several matrons strolled towards the balustrade, their chatter enveloped in the rustling of silk skirts and clattering of heels against the terrace flagstones. Aunt Prissy warbled an evening greeting to some of them, which they returned in kind. Over the course of their residence at the Hotel Metropolis, she’d become friendly with most of the guests. As the women walked away, Aunt Prissy offered another large yawn from behind her fan.

“Really, you should retire. I’ll stay a bit longer on the terrace. I’m too fidgety to join you.” Evelyn’s gratitude for her aunt’s permissiveness as chaperone had never been greater, but she was determined to speak with a certain charming gentleman this evening, and the conversation would proceed more smoothly if Aunt Prissy wasn’t taking part.
“I perfectly understand, dear Evie. Better you fidget on the terrace. It’s quite windy tonight. Do beware of catching a chill. Shall I bring you a wrap?” Even at the end of August, summer’s heat held Tokyo in its grip. Night brought a modicum of relief, but the breezes off Tokyo Bay remained sultry.
Evelyn declined the offer and kissed Aunt Prissy good night. As the swish of her aunt’s skirts faded, Evelyn contemplated her target.
Ned Taylor was her last hope.
She hadn’t wanted to use the letter she carried, but she’d been in Tokyo for over a month and still didn’t have a scandalous story she could send to Papa. Most of her time had been spent convalescing from a summer malady she’d picked up a few days after arriving and chasing a baroness through the countryside for a scandal-worthy headline. She’d inquired around the foreign quarter as to the reputations of its prominent residents, but all her efforts had amounted to was unsubstantiated rumours and trivial innuendo.
Evelyn had no choice but to present Mr. Taylor with a request from her papa he couldn’t ignore.
Goodreads ** Smashwords ** Amazon ** Barnes&Noble ** Kobo ** iTunes ** Boroughs Publishing Group 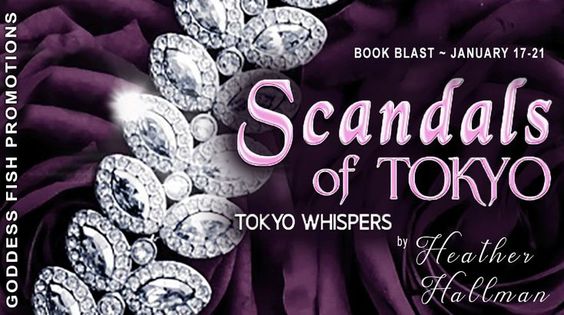 About the author:
Heather Hallman writes witty, sensual, contest-winning romances set in Meiji-era Japan (1868-1912). She is the author of the Tokyo Whispers series that includes Scandals of Tokyo and Talk of Tokyo.
She is fluent in Japanese language, history, and culture, and earned a doctoral degree in cultural anthropology based on fieldwork research in Japan. She lives in Tokyo with her professor husband and two young daughters. In her free time, she can be found translating ancient Japanese poetry and observing the passing of seasons while sipping green tea. Just kidding, she has no free time. But she does watch something that makes her laugh while she does the dishes.
Perennial obsessions include the weather forecast (she checks three different apps at least three times a day, as no single app can be trusted), Baltimore Ravens football (hometown obsession), and making smoothies that taste like candy bars.
Feel free to chat her up about any of her obsessions, or, even better, about historical Japan—any era is fine, she loves them all. She also enjoys exchanging book recommendations, discussions about the craft of romance writing, and stories about life in present-day Tokyo.
Visit her to learn more:
Website * Goodreads * Facebook * Instagram * BookBub ** TikTok
Author's Giveaway
the more you comment, the better your chances of winning
a Rafflecopter giveaway
Posted by CCAM at 9:00 AM

Hello! I’m excited to share my historical romance, Scandals of Tokyo, with you. It’s short (a forty-minute read), mildly spicy 💖+🌶️, and will whisk you away to 1896 Tokyo.

Speaking of being whisked away, this is the time of year when I dream of sand between my toes, swoon-worthy romance in one hand, icy lemonade in the other, waves breaking on the shore. 📚🏖️ 🌊

Where do you love to read? If you've got a chance, let me know in the comments.

I'll be checking comments later in the day. 👋

Thanks to Mythical Books for hosting the book tour!

I enjoyed the excerpt. I haven't read anything in this series yet so I'm not sure if I can read this prequel as a stand alone but it sounds like a great read.

Scandals of Tokyo is a standalone. It introduces characters and themes that resonate in the series.

I enjoyed the excerpt and Scandals of Tokyo sounds like a great read and I love the cover! Thanks for sharing it with me and have a spectacular day!