He is fighting an impossible battle... Kiki Coto by Edward Avanessy

"It keeps you turning the pages, such an engaging story and very easy to read." Odile, Goodreads 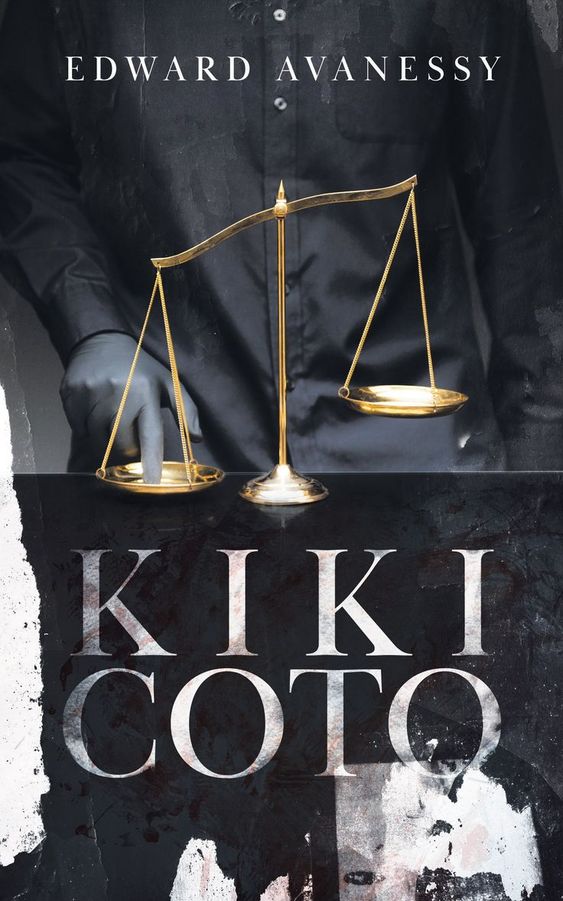 Description:
Richard, (Kiki Coto) is destined to fight corruption, and criminal organizations, whose members include politicians, judges, district attorneys, police, and others, to exonerate an innocent young lady wrongfully accused of murder. He is fighting an impossible battle. The criminals are very organized, interconnected, and conspire with each other methodically. Struggling to defeat the evil, Richard seeks help from all sources, including Ayahuasca and Divine intervention.
EXCERPT
He runs toward the white church on top of the hill while holding a baby girl in one hand and a gun in the other.
He is well-built, athletic, and wearing a high-ranking police uniform with a bulletproof vest. He appears to be in his late thirties. Several thugs are chasing him, along with some uniformed police officers.
The church is still in the distance, and a cornfield is midway. He thinks if he reaches the cornfield, he may have a chance. He can see cars passing by him on the distant dirt roads on both sides. He knows they are encircling him. The thugs are shouting profanities at him, but he cannot hear what they are saying. He is outrunning them even though he is zigzagging to avoid the shower of bullets coming at him. His leg gets hit, but he keeps on running. He reaches the cornfield, and the stalks of corn are almost as tall as him. He feels a little safer and starts shooting at the thugs, hitting several of them. At least three are down, but there are so many of them. He continues running toward the church while gasping for air.
The thugs start burning the cornstalks from behind and from the sides. He knows they are waiting for him on the other side of the cornfield. He sits down, says a prayer, and puts the little girl on his lap. The little girl is scared. She clings on to the officer. She has a heart-shaped birthmark on her shoulder. The officer is not going to move. The smoke gets thicker. It is difficult to breathe.
The thugs position themselves on the front side of the cornfield where it is not burning—the only way out—and start shooting randomly. He covers the little girl with his body as the bullets shower all over his legs, hands, arms, and shoulders. He is losing a lot of blood, and as he falls on his side, he is still trying to protect the little girl. The gang leader, a bearded man wearing a cowboy hat and dark sunglasses, approaches him and shoots him several times. The thugs leave.
* * *
Richard felt frightened. He opened his eyes and saw his mother standing over him.
“You had that dream again?” asked his mother, Cathy. “I did not wake you up this time. Did you see any more than before?”
“No, I woke up at the same time as usual.”
“Don’t worry; it is just a dream. You will grow out of it,” Cathy said. “Now hurry up and get ready for school.”
Goodreads ** Amazon ** Barnes&Noble ** Smashwords 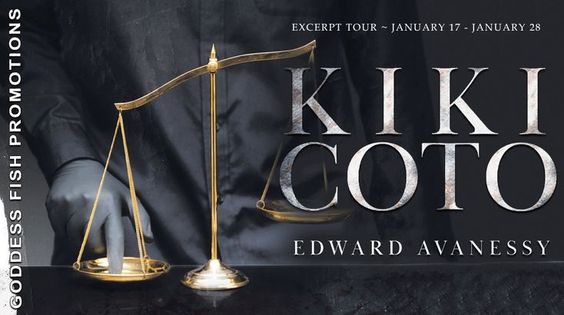 A note from the author:
"The different episodes of this book were projected to me, like movie clips during meditation sessions. I was compelled to visit a Shaman retreat in Cusco, Peru, and experience Ayahuasca to complete the manuscript. I hope you enjoy the results, the story of Kiki Coto." - Edward Avanessy
Website ** Goodreads ** Instagram ** Twitter
Author's Giveaway
the more you comment, the better your chances of winning
a Rafflecopter giveaway
Posted by CCAM at 2:00 PM

I enjoyed the excerpt. Looking forward to reading how he fights the corruption and the fate of the innocent woman.

Thank you for sharing this. I am the author, I appreciate the blog and comments!
The different episodes of this book were projected to me, like movie clips during meditation sessions. At the beginning I did not pay much attention and considered the visions as distractions, and continued with my meditation. Realizing that the same episode repeated constantly, I wrote it down and my book was created. I am excited to share this with the world.

What inspires your book plots?

I enjoyed reading the excerpt

I am the author Edward, To answer your question what inspired me to write the book plots, I saw these episodes through meditation, over a period of time. After writing many episodes, I started organizing and collecting them.

I was compelled to visit a Shaman retreat in Cusco, Peru, and experience Ayahuasca to complete the manuscript. I hope you all enjoy reading my book!

What is your favorite holiday?

Here's to an amazing weekend?

What is your favorite travel destination?

What is your favorite type of music?

How do you deal with writing slumps?

I'm so pleasantly surprised to hear about this! Congratulations on the publishing of your book, Edward! I'll be reading it soon.