the odds aren’t in his favor... Tripp Unleashed by Darren Simon

Tripp finds himself on a collision course with destiny as a madman pushes him to use his powers, a government that fears him tries to control him, and dark secrets lead him down a dangerous path—one that could make him a hero or twist him into a monster. And that all depends on whether he survives, and the odds aren’t in his favor. 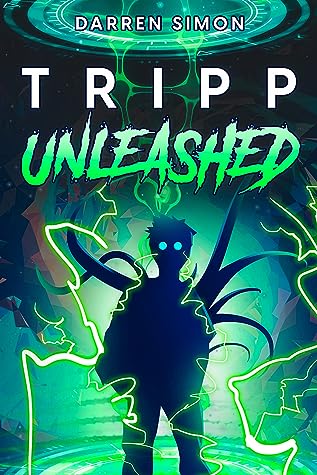 Description:
Published: December 2021
Tripp Taylor is a teenager trying to hide his genetic disorder and live a normal life, but that’s hard to do when the smallest morsel of food and the tiniest sip of liquid bring about a change in him—a metamorphosis he cannot control, making him a danger to himself and those around him. At least that’s what he’s been told by his father and the doctor who has devoted his life to finding a cure.
By day, Tripp plays by their rules. By night, Tripp journeys through the city from one convenience store to the next to taste real food (frozen burritos are his favorite). Then comes the night when he chooses the wrong convenience store, for on that night an armed robber enters the store and threatens everyone’s life. From that first transformation come others, and soon Tripp finds himself on a collision course with destiny as a madman pushes him to use his powers, a government that fears him tries to control him, and dark secrets lead him down a dangerous path—one that could make him a hero or twist him into a monster. And that all depends on whether he survives, and the odds aren’t in his favor.
EXCERPT

A gurgle rose from deep in my stomach. A belch escaped my lips. Everyone could hear. Searing heat spread like lava flowing through my veins into my heart, pumping the molten liquid through my arteries out to my limbs, setting them afire. I hunched over and screamed. The robber took a step toward me. “What the—?”

I screamed again. My knees buckled. I clutched my stomach. Something grew inside of me, pushing its way out. My body twisted. The woman shrieked. Her eyes bulged in horror at whatever was happening to me. She turned her head away, covering her face with her hands.

“Holy crap.” The clerk bent over as if to vomit. His chest heaved. Lips parted to let out the spew.

A muffled cry escaped my throat. God, make it stop! My bones cracked louder. What had I done? What beast had I unleashed? My pain subsided. Gasping for air, I glanced up.

The woman fell to her knees. The clerk gripped the counter with both hands. His arms trembled.

The gun-wielding punk slumped against a display of potato chips. His mouth agape in a silent scream. He staggered to his feet, gun aimed at my head. “What are you?”

“I… I don’t know.” My voice sounded gurgled, like I was speaking underwater. Instead of arms, I had four long green tentacles covered in suction cups. A security mirror on the ceiling revealed the rest of my transformation. Bile rose halfway up my throat. I was going to be sick.

My hair fell away. Lizard green scales covered my bald head. I no longer had a nose—just two tiny slits. My brown eyes, larger and spread farther apart, glowed yellow. I’d become a walking squid, a new horror even for me.

A round exploded from the robber’s gun. The bullet pierced one tentacle, plunging deep into my flesh. Blood spewed. The tentacle recoiled from the pain, ten times worse than any wasp sting. I drew shallow, quick breaths through clenched teeth. “Uhhhh!’

An animalistic desire for survival took over. I became the prey facing a predator in the ocean deep. I should flee. I didn’t owe the others trapped in the store anything, especially my life. Squids are loners. We save ourselves.

No, I couldn’t abandon them. I had to become the predator. I launched my tentacle arms at the gunman. Two wrapped around each of his hands. I squeezed until he yelped, dropping the gun. The weapon clattered to the floor. With my other two tentacles, I grabbed his shoulders, then dragged him closer.

About the author:
Darren Simon, who is a longtime college English teacher and former newspaper journalist, is the author of five middle-grade/young adult fantasy, urban fantasy and historical fantasy books and two horror short stories published in anthologies. He writes for younger readers to inspire them as readers the way he was inspired as a youth first by the comic books he read, then the Choose Your Own Adventure books, and then the fantasy and science fiction novels that became so important to him—and still are. He lives in California’s desert Southwest with his family, including his wife, two sons and two crazy dogs.
Website * Goodreads * Facebook * Twitter * Instagram * Amazon
Author's Giveaway
a Rafflecopter giveaway
Posted by CCAM at 5:41 PM

I'm intrigued. And what a great cover!

What inspires your book plot ideas?