Prepare to be lured into a multi-faceted, uncertain futurescape where the boundaries between right and wrong, good and evil, and heroes and villains are blurred by the complexities of that reality. 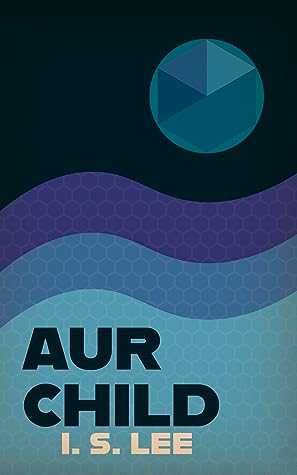 Description:
Published: January 25th, 2022
Nordic noir meets hard science fiction in debut author I.S. Lee's deep, twisting Aur Child.
Prepare to be lured into a multi-faceted, uncertain futurescape where the boundaries between right and wrong, good and evil, and heroes and villains are blurred by the complexities of that reality.
When a fisherman unwittingly discovers clues about other people wielding great technologies, fear and uncertainty of exposure throws both societies into conflict, and forces a clutch of artificial intelligence stewards to confront their own shortcomings. As real and virtual worlds collide, so too do the worldviews that have caused this centuries-long stand-off.
Portrayed through the eyes of its cast of flawed characters, Aur Child challenges the contemporary conventions of shallow, whiz-bang entertainment and the status quo reliance on sex and violence for uninspired storytelling. It delivers a slow-burn epic adventure that eschews the worn-out tropes of the post-apocalyptic genre and sends you on a journey through time and contemplation like nothing you've ever read before.
"Meddle not with what we do not understand." Future-primitive Tellurians have enjoyed a peaceful coexistence with nature for centuries after the moment of technological collapse, described in ancient texts as Cloudburst. Only the studied elders are aware of a diaspora virtual civilization who secretly covets their energy ...and their bodies.
Will you meddle?
EXCERPT

Her body had felt strange, yes. But now, so did her mind. Just as soon as she had shaken off the seasickness and felt she could join the others to carry on her duties, these new attacks started to interfere with her concentration, and then her ability to function at all. It was almost like the seasickness triggered this new feeling. To Digambar, it was especially worrying because she hadn’t felt this way during other exoports. Moreover, the other crew didn’t feel this way at all. The rest of them had recovered from the grueling pangs of seasickness. They were carrying out their responsibilities – and hers – without complaint.

They had already begun practicing with the sextant to master the celestial navigation so critical to an event where the ship’s systems were damaged. Beyond that, they were indulging in their exposure to earthsense. They shared these moments together and struggled to tamp down all the urges that bubbled up inside their teeming bodies. It was a special time of discovery and pleasure. The exosouls reveled in experiential bliss, indulging the nuances of an uncanny physic obscured from their lives, manipulating a life abandoned by their people in a fleeting present categorically foreign from their own.

Both Calliope and Arman had explained to her that sometimes, exosouls can require longer adjustment periods. “Each body is different,” Arman had told her. “The soul and the body are at odds in the beginning, but eventually they get along.”

Digambar knew that the sensations had been growing since her training began at Yellow Reserve, but they were subtle before, and she had attributed them to the earlier afflictions that were expected to have dissipated by now. She thought they were simply aftereffects from the initial shock of exoporting, like sore muscles after an extended hike. The ringing in her ears, the stiffness in her spine, the aching in the roots of her teeth. She had been so eager to get underway, that she rebuffed these signals. She refused to raise them to Arman during the daily check-ins. At night, when she lay on the thin mattress of the Yellow Reserve exosoul quarters, she was only slightly fearful that those early struggles might worsen at sea. Now, those worries were realized.

About the author:
I.S. Lee has been writing as a hobby all his life, but only published his first fiction novel, Aur Child, after his fourth decade on Earth. He is a lover of nature and a practitioner of civil engineering. Born in the United States, he now lives with his wife and sons in Finland.
Goodreads ** Facebook ** Amazon
Author's Giveaway:
a Rafflecopter giveaway
Posted by CCAM at 9:50 PM

Ready to read it! I have great expectations from the "nordic noir" genre and I am curious about how it works with SF.