They say the apple doesn’t fall far from the tree... A Shifter’s Choice (Wolves of Hawthorne Cove, #5) by Debbie Cassidy

18++ "I absolutely love Debbie’s stories. She has a great knack for pulling you in and making you feel as if you are the characters you are reading about. This story was no different." Sabrina, Goodreads 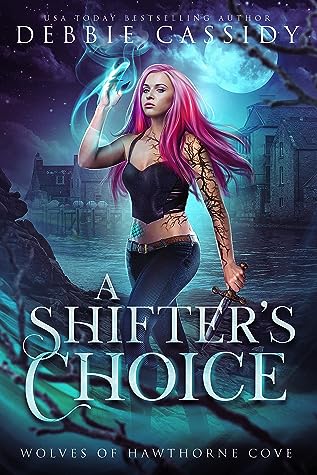 Description:
Published: January 6th, 2022
They say the apple doesn’t fall far from the tree. I’m hoping that isn’t the case for me
I’m the spawn of darkness, and the news has spread, making me a target for forces designed to protect this world.
I can’t be a danger to the people I love.
I need to fight.
I need to master the power inside me and prove I’m not the monster they believe me to be.
But when the tiniest slip can unleash the darkness, every choice matters.
I just hope I make the right ones.
EXCERPT

I was back in the house. The house where I killed the innocent man. Why was I back here?

This was all wrong.

I expected to see the man on the ground, dagger in his chest where I’d put it. But the dagger was in my grip and the man stood staring at me, torchlight in one hand, plate of sandwiches in the other. 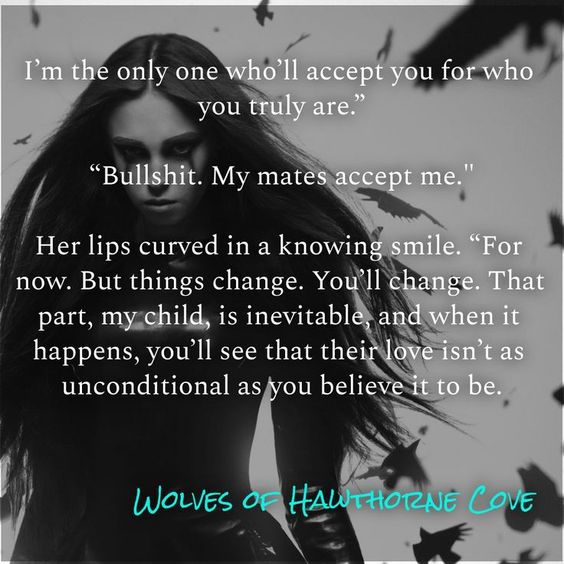 The man let out a bellow and charged.

But the damn thing was welded to my palm and my hand was coming up in an effort to warn him off and his gurgle of pain was all I could hear.

“No!” I backed away as he fell to the ground.

“Such a shame,” a voice drawled behind me.

I turned to find Tate leaning against the doorjamb.

He smirked. “He was a good man, you know. Did a ton of charity work in his younger years.”

The way he spoke…The inflection in his tone… “You’re not Tate.”

The taint. How could she be here? I was mated to three Faoladh and those bonds were supposed to keep her out of my head.

“Maybe if you hadn’t done what you did…” She shrugged.

Shit, had I spoken out loud? Did I even need to for her to hear me in this dreamscape?

The taint pushed off the doorframe and sauntered into the room. Tate’s form slipped away with each step until she was standing by the dead body in the form I recognized. Her dark hair spilled down her shoulders and her figure-hugging dress writhed with shadows.

“You killed this poor innocent man.” Her mouth turned down and she shook her head. “You killed him in cold blood.”

Guilt clawed at my chest. “I didn’t know…it was an accident.”

I pressed my lips together. “You’re right. There is no excuse. I killed him and I have to live with that guilt for the rest of my life.”

“But that’s just it, sweetheart, you don’t. You don’t have to live with any guilt. We are apex predators, powerful and untouchable. There is no room for guilt in our hearts. Once you accept that, you can be free.” She shrugged. “Humans are lesser. Cattle to be culled. Would you feel guilt over wringing a chicken’s neck?”

“Aren’t they?” She arched a brow. “Humans are nothing compared to you and me. We are more. Evolved. Superior.”

“Killers.” The word was bitter on my tongue. “You’re a killer. A murderer. I’m nothing like you.”

“You are everything like me. You’re made from me. You belong to me, and nothing you do will change that.”

Rage born of frustration ignited in my chest. “What do you fucking want from me?”

She blinked sharply. “I want…”

I curled my hands into fists, nails biting into my palms. “What? What do you want?”

“And what is that, exactly?”

Once again that strange look came over her face, one that on anyone else I’d have labeled confusion. “My daughter…” She frowned. “Mine. I’m the only one who’ll accept you for who you truly are.”

Panic heated my chest because there was way too much sincerity in her tone and there was no denying the tug of twisted longing in my chest.

I staunched it, gritting my teeth and shaking my head.  “Bullshit. My mates accept me. Tate accepts me.”

Her lips curved in a knowing smile. “For now. But things change. You’ll change. That part, my child, is inevitable, and when it happens, you’ll see that their love isn’t as unconditional as you believe it to be. When that time comes, I’ll be there just as I’ve always been. But for now, it’s time to wake up. Time to take another step toward your fate.”

About the author:
Debbie Cassidy lives in England, Bedfordshire, with her three kids and very supportive husband. Coffee and chocolate biscuits are her writing fuels of choice, and she is still working on getting that perfect tower of solitude built in her back garden. Obsessed with building new worlds and reading about them, she spends her spare time daydreaming and conversing with the characters in her head - in a totally non psychotic way of course. She writes Urban Fantasy, Fantasy and Reverse Harem Fantasy. All her books contain plenty of action, romance and twisty plots.
Website * Goodreads * Facebook * Twitter * Instagram
Author's Giveaway:
a Rafflecopter giveaway 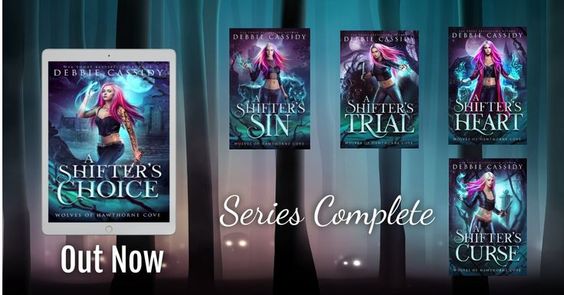