A forest of blood and corpses... The Haunting of Black River Forest (A Horror Adventure Short Story) by Jaydeep Shah

18+ In Black River Forest, it’s best not to wander too far off the beaten track. There’s no telling what you might find. 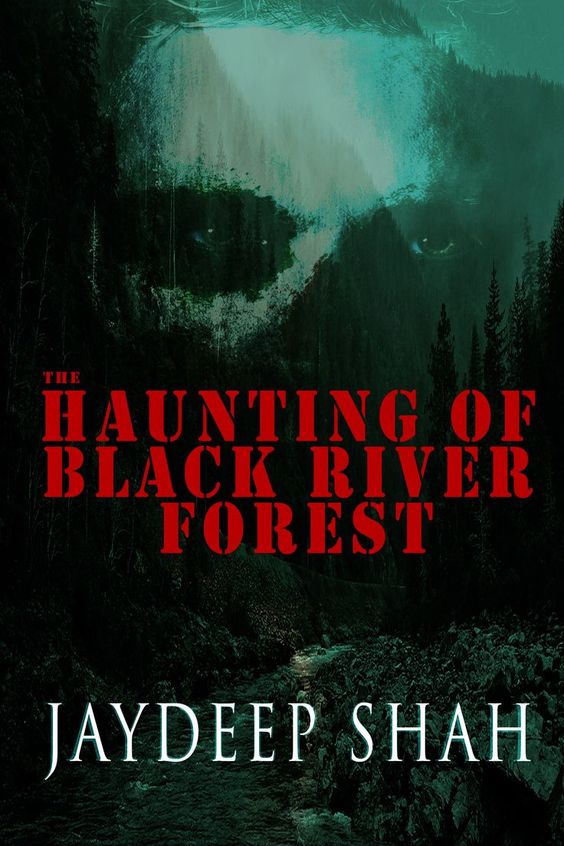 Description:
Published: 14 December 2021
A forest of blood and corpses. The land of a cold-blooded psychopath.
In Black River Forest, it’s best not to wander too far off the beaten track. There’s no telling what you might find.
Mia and Oliver have long wanted to explore the forest, and one cold, rainy October day, a week before their fifth anniversary of the day they met, they finally make the trip.
But they’ve heard the rumors as well. The haunting. A psychopath hidden somewhere amidst the towering trees. Too many missing. Too few answers.
It’s only rumors, though. Stories. And stories can’t hurt you. Yet as Mia and Oliver venture deeper into the Black River Forest, they’ll soon discover that there’s more haunting this quiet woodland than hikers and bears.
The psychopath is very real. And he’s excited to meet them.
From Jaydeep Shah, author of Tribulation, the first book of the Cops Planet series, “The Haunting of Black River Forest” is a bloody, spine-chilling story best read with the lights on.
EXCERPT

Oliver looked around in terror, believing the bear had attacked someone nearby and that they once again would be in danger.

“What the hell was that?” he asked.

“The scream came from that way,” said Mia, pointing to the right.

They slowly walked to the trees alongside the path. They saw the ground sloped down to the valley. Mia tried to take one more step forward to have a clear look, but Oliver pulled her back before she could slip.

The three of them stood by the trees and looked around to find the source of the scream.

A few seconds later, what they saw made their hair raise in horror.

Mia’s hands flew to her mouth as a scream tried to make its way out. She was looking at a man thrusting a machete in a teenage boy’s gut and dragging it horizontally to the right and then to the left with all of his force.

“So, the psychopath story is real?” said Mia.

The boy’s severed body lay on the ground beside the bank. Next to him lay a girl’s body. Blood was streaming from her stomach.

“Yes. The psychopath is real,” said Oliver. “I hope we return safe and alive.”

The killer checked the girl’s pulse and then held a hand under her nose as if to check for breath.

The trio was frozen in silence in the trees, hidden from sight. They were lying on the ground, taking a position of concealment just like a sniper as they watched in trauma from the top of the valley.

Oliver grabbed his hair, perhaps feeling some type of pressure in his brain. Trying to stay silent, he walked away, slowly. He stumbled as if he would lose consciousness.

He leant against a tree across the path, bending forward to be sick at its roots.

Petrified, Jany remained lying on the ground, gaping at the killer, who was perhaps preparing himself to have intercourse with the corpse.

Mia stood up, keeping behind a tree to stay hidden. She looked at Oliver and Jany with tears flowing down her cheeks. She tried to speak but couldn’t let the words out of her mouth.

She took a deep breath. Then she cleared her throat.

“Jany!” she said in a croaky voice.

Mia cleared her throat once more.

“Jany,” she said, her voice clear but soft, as she was afraid the killer would hear her, despite him being down in the valley. She bent and gently shook Jany, holding her by the shoulders.

Jany opened her mouth as if about to scream, but Mia swiftly clasped her mouth.

Jany stared at her for a moment and then nodded. Mia took her hand from her mouth.

Jany stood up and followed Mia toward Oliver.

“We will die. He will find us,” said Jany. She was speaking too loudly, panicked. “I hope my friends are safe.”

“Be brave, Jany,” said Mia, swallowing the fear. “Think positive. Just stay together, and we will find a way out of the forest.”

All the while, Oliver stood watching them. For a moment his terror had paralyzed him. He had no answer, no solution, only the storm of horrifying thoughts of their death in his mind.

Oliver took a deep breath and removed a water bottle from his backpack. He drank a few sips. He cleared his throat. Then he said, shifting his look between Mia and Jany, “Mia is right. We can get out of here.” He paused. “We must hurry and try to find a way back to our original path before dusk.”

A silence fell for a bit as the trio exchanged a look, nerves clear on their faces. They looked around them at the different paths.

“Where did we come from?” asked Mia.

“And everything looks the same to me,” added Jany quickly, looking at the paths on either side, both covered with branches and leaves littered from the storm.

Mia unzipped her backpack and slowly, quietly pulled out her axe, still glancing around for signs of movement. “Alright! Let’s go this way,” she said, adjusting her backpack back on her shoulders.

They set off up the chosen path, but Mia grasping the axe strongly.

Just a few steps on, Jany slipped on some wet leaves. She fell and let out a scream that rang through the air.

Oliver scanned the area in a panic.

Mia swiftly helped Jany back up.

“I hope he hasn’t heard your scream!” said Oliver.

Jany and Mia looked toward the valley, following his eyes.

They waited for a few more seconds in stillness.

“Keep moving!” said Oliver in a very soft voice, only audible to Jany and Mia.

They resumed their walk.

After a few minutes . . . Mia began to feel that someone was following them. She looked through the corner of her eye, but she could only see trees.

The hair on the back of her neck prickled as her senses still signaled someone’s presence.

All the while, Oliver and Jany kept walking hurriedly without glancing back.

Mia turned around slowly. Still no one, only the emptiness of the forest. When she was sure she couldn’t see anyone, she turned back and strode on to catch up with Oliver and Jany.

Jaydeep Shah is an avid traveler and the author of gripping horror, thriller, and romance stories. As a bachelor’s degree holder in Creative Writing, he aims to entertain as many as people he can with his stories. He is best known for Tribulation, the first book in the “Cops Planet” series.

In addition to those books, The Shape-Shifting Serpents’ Choice, Jaydeep’s first young adult flash fiction written under his pen name, JD Shah, is published online by Scarlet Leaf Review in their July 2019 issue. Currently, he’s endeavoring to write a debut young adult fantasy novel while working on a sequel to his first apocalyptic thriller, Havoc.

When Shah is not writing, he reads books, tries new restaurants, and goes on adventures.

Author's Giveaway
a Rafflecopter giveaway
Posted by CCAM at 6:47 PM

This sounds like it will be a great book.

I like the description and the excerpt. This sounds chilling and thrilling.

I really loved the excerpt. This is going to be a book I will like