"This book will make you smile, will make you care, get angry and through some great allegories will trouble you and make you think.
I believe The Chosen Twelve is a great book that everyone from a teenager and above will find inside something to enjoy." Dimitris K., Goodreads 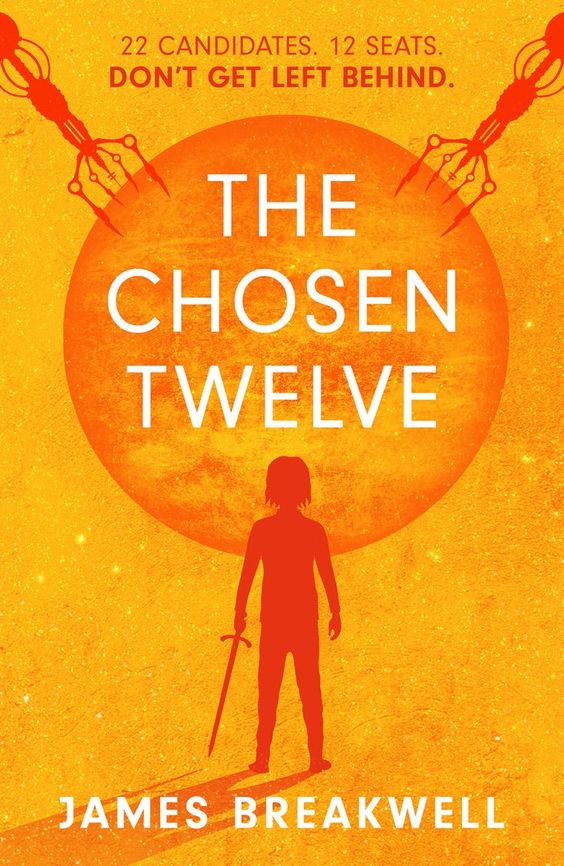 Description:
Published: January 18th, 2022
There are 22 candidates. There are 12 seats.
The last interstellar colony ship is down to its final batch of humans after the robots in charge unhelpfully deleted the rest. But rebooting a species and training them for the arduous task of colonisation isn’t easy – especially when the planet below is filled with monsters, the humans are more interested in asking questions than learning, and the robots are all programmed to kill each other.
But the fate of humanity rests on creating a new civilization on the planet below, and there are twelve seats on the lander. Will manipulation or loyalty save the day?
The Hunger Games meets Hitchhikers Guide to the Galaxy in this breathless survival thriller.
GUEST POST
Entertainment and Sending Messages
I think entertainment always has to come first. If you try to get a message across without first engaging the audience’s attention in a fun and exciting way, you’re just preaching, and no one likes that. Unless you’re a preacher, which is of course a fine and noble profession. Roughly half of my wife’s relatives are ministers, so I have to watch what I say.
One of the facets I tried to emphasize in “The Chosen Twelve” is the moral ambiguity of the entire situation. Saving the human race isn’t necessarily any more or less ethical than letting it go extinct, and fighting for your own survival isn’t any more or less ethical than sacrificing yourself so that someone else can take your spot and live. Every character in “The Chosen Twelve,” including the robots, thinks they’re working toward the greater good, even if they disagree wildly on what exactly that greater good is. There are definitely some characters I personally side with more than others, but I don’t think any of them are necessarily wrong in their beliefs. Even Epsilon, the person most in favor of obeying the robots, has a strong case that that’s the best way to ensure humanity’s survival, which is her top priority.
All those mixed messages play out in the form of sword fights against robot armies, which makes it fun, at least for me. I would probably find it considerably less enjoyable if I was actually in that battle. Entertainment should always come first, but sending a message is a nice secondary objective, even if the characters themselves can’t agree on what that message is.
TOUR SCHEDULE
Goodreads ** Amazon ** Barrnes&Noble ** Kobo ** RebellionPublishing

About the author:
James Breakwell is a professional comedy writer and amateur father of four girls, ages ten and under. He is best known for his family humor Twitter account @XplodingUnicorn, which has more than a million followers. He has published three comedy parenting books that explore hot button issues like the benefits of doing as little as possible and the best ways to protect your child from zombie attacks. His fourth book, Prance Like No One’s Watching: A Guided Journal for Exploding Unicorns, teaches kids to find humor in the world around them while also avoiding the undead. The Chosen Twelve will be James' science fiction debut. He lives in Indiana, US.
Website * Goodreads * Facebook * Twitter * Instagram * Pinterest ** YouTube
Author's Giveaway
a Rafflecopter giveaway
Posted by CCAM at 5:45 PM