A century has passed since the fabled Phantom ruled the Garnier Opera House. Technology has advanced, and AI has evolved beyond human knowledge...

Description:
CHANDELIER is the genre-bending sci-fi/fantasy-romance novel follow up of Michael Leon’s 2019 fantasy-romance book, PHANTOMS.
A century has passed since the fabled Phantom ruled the Garnier Opera House. Technology has advanced, and AI has evolved beyond human knowledge. They reside in a virtual Earth, free from the ravages of an environmentally damaged Earth where humans and post-humans live under AI’s qualified governance. CHANDELIER follows one AI sentient’s journey, Benny, whose loyalty for a famous opera singer, Madame D’Arenberg, sets him on a dangerous course, entangling him in The Phantom of the Opera’s deadly web.
CHAPTER REVEAL
This week's blog provides an excerpt from Chapter 6 of Chandelier, Erik and Carlotta. In the first book, Phantoms, Erik has escaped the police, who had closed in on his reign of terror over the Garnier Opera house a year earlier. He has sought refuge in Italy, where he undertook facial surgery to change his appearance. Whilst healing, he hatches a plan to again control the Garnier Opera company, this time legitimately as a company director, working with the artistic director. His plan includes winning the friendship of Carlotta, the most famous Diva in Europe and the company's majority owner. Passionate lovers a year earlier, they ruthlessly seized control of the Garnier before losing it all.

Excerpt from Chapter 6
It had been a decade since Erik walked through the gothic doors of the Basilica of the Sacre-Coeur, the famous church overlooking Paris from the summit of Montmarte. Ambling through its quiet pews, he made time for prayer, wishing Rose happiness in her next life. She deserved more in her short time, but he'd failed her. Erik looked up to the morning lit gothic windows, admiring the coloured hues that shone through stained glass. It reminded him of the unique light that adorned his home beneath the Garnier, where he plotted revenge for Rose. A tide of anger built in him, threatening to overrule his new purpose. In that dark mood, Carlotta was his enemy. He stood up from prayer, fists clenched, wanting to scream out to the empty chamber. "Help me understand," he cried, looking up to the rays that shone through stained glass windows. A dim light danced across the light before circumnavigating the church like a flock of crows. Erik followed the shadows, but they disappeared as if a phantom controlled the Basilica's lighting in a blink. The event startled him enough to stand and leave. Erik walked to the viewing area, not turning back, fighting old notions that invaded his mind. Phantoms he could not let go. 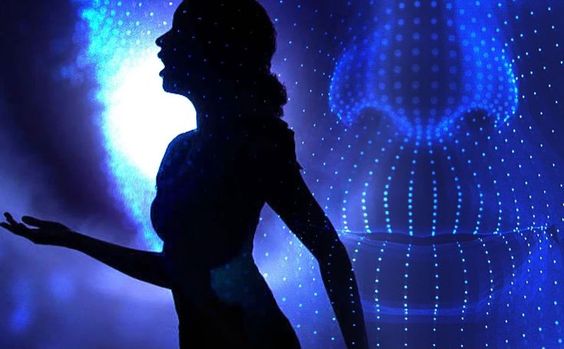 Erik admired the panoramic view, taking deep breaths of Montmarte's crisp spring air. The sight and sounds of the ascending funiculaire came to his attention. He could see Carlotta sitting by a window. In a short time, she joined him at the viewing point. It had been a year, enough time to notice the change in her. She walked confidently toward him, smiling briefly in recognition. She'd lost the paleness of her poor health, making him smile involuntarily, before opening his arms, offering a hint of affection. Carlotta nodded politely, showing a well-deserved caution toward Erik, who'd broken the promise he made in Como.
Erik deflected the slight, pointing to the view. "We are in luck. It's a perfect day to roam Montmarte."
"There have been many blue skies this last year," Carlotta replied, admiring the view and avoiding his gaze.
"Has it been a year?" Erik replied, drawing a stern glance from Carlotta.
"A good friend would know how long it's been."
TOUR SCHEDULE
Goodreads ** Amazon

About the author:
Michael Leon is an explorer, writer and author of the new novel, Sentient. Professionally trained in international trade, Michael has spent the last decade reading and writing SFF novels about new worlds to be explored in the future. His latest work, Sentient, imagines Earth in the year 2120. His next novel, Chandelier, will be released in 2022. Michael has travelled extensively around Europe, walking the paths of his characters, from the famous European opera houses in Phantoms to the mountain tops of Switzerland in Emissary.
Website * Blogger * Goodreads * Twitter
Author's Giveaway
a Rafflecopter giveaway
Posted by CCAM at 3:00 PM

I enjoyed the excerpt! Thanks!

Thanks to Mythical Books for hosting this stop on my tour!

An awesome cover, synopsis and excerpt, this sounds like a must read for me. Thank you for posting about this book

I enjoyed the excerpt and your book sounds like a great one for me to read and enjoy! Thanks for sharing it with me and have a wonderful weekend!

Thanks for the great excerpt. The book looks very interesting.

The girl on the cover looks very cat-like.

I loved the Phantom of the Opera, the original book and the musical. This one is a must read.