Be careful with your words!.. Talk of Tokyo (Tokyo Whispers #2) by Heather Hallman

"Written with a loving attention to detail, Hallman knows her time and place intimately, and it shows in every line. Talk of Tokyo is a fast read with a lot to say about society, women, and progress. Lucky for us, it also happens to be a delicious read by a gifted wordsmith who will, hopefully, be bringing us stories from the land of the rising sun for years to come." Jennifer, Goodreads 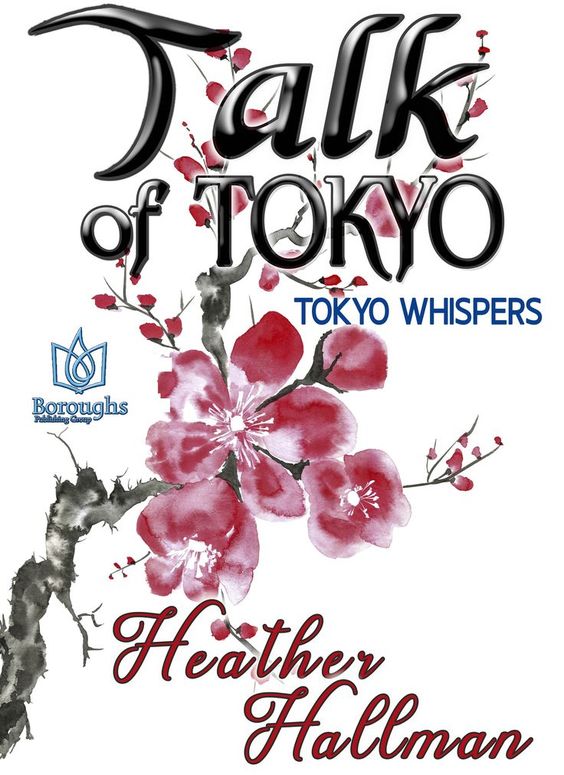 Description:
Published: December 2021
CAREFUL WITH YOUR WORDS
1897 Tokyo is no different than anywhere else in the world: men are exploiting women. Specifically, Western men are exploiting Japanese women, and Suki Malveaux holds no punches in her condemnation of their behavior in her weekly column in the Tokyo Daily News.
Suki knows firsthand when Western men arrive at Tokyo Bay there’s only one outcome for Japanese women: a child and new mother left behind as nothing more than discarded shrapnel from the heartless war on love.
Griffith Spenser is her latest target. He’s been seen with Natsu Watanabe, one of Tokyo’s esteemed war widows. Under full anonymity of the moniker “The Tokyo Tattler,” Suki makes sure Griffith knows exactly why his behavior with Natsu won’t be tolerated.
Away from her Japanese mask as a columnist, Suki never intended to meet the cad. When he seeks her out to hire as a tutor for his niece and nephew, she’s faced with seeing him day in and day out without him ever knowing who she really is.
Caught in her struggle for anonymity so she can keep battling for women’s rights, Suki’s about to learn the full impact of her words on the people behind the story, especially on Griff.
EXCERPT
Tokyo 1897
Foreign Quarter of Tsukiji
Shaky hands and racing heart notwithstanding, Suki gave herself a fighting chance. The incorrigible rake might have accusations, threats, and plans for retaliation, but she had feminine cunning. While she lacked familiarity with the mechanics involved in that sort of cunning, she’d seen how furtive glances and teasing words reduced men to foolishness. The basics of flirtation rivaled neither the complexity of French verbs nor the convolutedness of English spellings, both of which she’d mastered with ease.
A maid hastened across the garden and opened the front gate. “Mr. Spenser is expecting you,” she said in the clear, precise English of servants in Tokyo’s foreign quarter of Tsukiji.
Suki followed the maid through Spenser’s front garden, past azalea bushes boasting radiant displays of scarlets, lavenders, and magentas. Flurries of pale pink temple bells burst forth in a graceful arrangement that bore a decidedly feminine touch.
Of course it did. Spenser’s gardens would’ve been planted by his former wife.
Suki pictured the fair-haired young woman vigorously fanning herself at last summer’s festival. She’d worn one of those heavy dresses that trapped sweat and exacerbated the summer itch. Several months later, news had traveled through Tsukiji that Spenser’s bride had returned to England for good.
As Suki stared up at the Japanese-style wooden beam home with the gingerbread trim and second-story dormer windows favored by Tsukiji’s British residents, dread once again grew in the pit of her stomach. If Spenser had seen fit to alienate the woman he’d pledged to honor and protect, what did he have in store for the woman he most certainly despised?
Goodreads ** Boroughs Publishing Group ** Amazon ** Apple 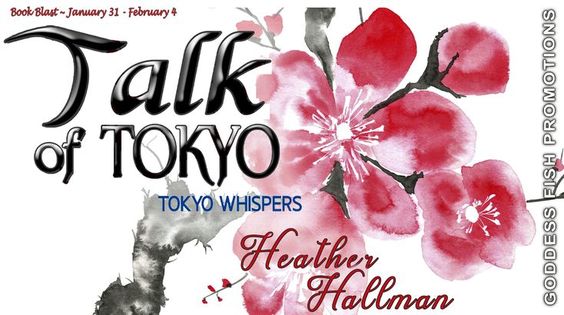 About the author:
Heather Hallman writes witty, sensual, contest-winning romances set in Meiji-era Japan (1868-1912). She is the author of the Tokyo Whispers series that includes Scandals of Tokyo and Talk of Tokyo.
She is fluent in Japanese language, history, and culture, and earned a doctoral degree in cultural anthropology based on fieldwork research in Japan. She lives in Tokyo with her professor husband and two young daughters. In her free time, she can be found translating ancient Japanese poetry and observing the passing of seasons while sipping green tea. Just kidding, she has no free time. But she does watch something that makes her laugh while she does the dishes.
Perennial obsessions include the weather forecast (she checks three different apps at least three times a day, as no single app can be trusted), Baltimore Ravens football (hometown obsession), and making smoothies that taste like candy bars.
Feel free to chat her up about any of her obsessions, or, even better, about historical Japan—any era is fine, she loves them all. She also enjoys exchanging book recommendations, discussions about the craft of romance writing, and stories about life in present-day Tokyo.
Goodreads ** Smashwords ** Amazon ** Barnes&Noble ** Kobo ** iTunes ** Boroughs Publishing Group
Author's Giveaway
the more you comment, the better your chances of winning
a Rafflecopter giveaway
Posted by CCAM at 9:30 AM

Hello, Readers! Thanks so much for checking out Talk of Tokyo. I’ve lived in Japan for over thirteen years and counting. One of the many things keeping me here is the cuisine. 🍣🍜🍤

How about you? Fan of sushi or other Japanese dishes? If you’ve got a minute to spare, let me know. I’d love to hear about it.

It’s almost bedtime in Japan, so I’ll be checking comments toward the evening USA time.

Thank you to Mythical Books for hosting!

A lovely cover and an intriguing synopsis and excerpt, this sounds like an excellent read, a must read for me. Thank you for posting about this book

I love the cover and the book sounds good.