18++ Five men, enslaved by a vampire pirate and forced to do his bidding, rebelled against their master and earned the wrath of a monster. Now, while plotting to destroy the man who, centuries later, still thinks he owns them, they use their powers to protect other victims. 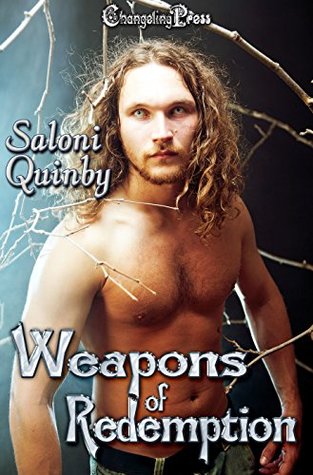 Five men, enslaved by a vampire pirate and forced to do his bidding, rebelled against their master and earned the wrath of a monster. Now, while plotting to destroy the man who, centuries later, still thinks he owns them, they use their powers to protect other victims.

Whips and Chains: In a seedy underworld of sex and violence, a serial killer is stalking men and Guy is called upon to find the murderer. Ryan, a professional Dom known as the Beast Tamer, specializes in meting out pleasure and pain to oversized men. Is the sexy young man with a mysterious past the next victim — or the killer?

Sword and Shield: Rule coped with his abduction by the vampire pirate Tarun by cutting off his emotions. After centuries of self-control through punishment, he found a man who finally reached his heart. Now it’s up to Rule to save his former lover, but once he sees Joel again, will Rule be able to resist him?

Cloak and Dagger: When police detective Bryce Tarunson arrests a man who looks just like his lover from two thousand years ago, he’s pulled closer to the vampiric master he hates. The bond between Bryce and Shane forces them into a battle that might end in the destruction of the Weapons of Redemption.

Fangs and Floggers: To lure his rebellious blood children back into the fold, ancient vampire Tarun abducted the hunter Adrian. He hadn’t bargained on his human prisoner being a match for him in every way — including his darkest desires. Though Tarun warns Adrian he won’t like what he hears, the hunter is determined to uncover the secrets of the vampire’s twisted past.

Guy released a breath as he let his whip fly. It struck his old friend, Ruliff, or Rule, as he preferred to be called. Rule stood, his hands suspended from manacles dangling from chains overhead.
Even if Rule screamed, no one would hear him, deep in the cellar of this mansion owned by their vampiric kin, Ansley and Brayden. Rule wouldn't scream, though. It wasn't in his nature to show what he believed to be weakness. To drag more than a groan from Rule, Guy would be forced to practically kill him and his sessions weren't meant to cause permanent damage. They had already been at it for longer than usual, even for someone with a supernatural constitution.
Five more times Guy struck him with strategically placed blows before he paused and approached Rule. Using the handle of his whip, he traced an especially fierce-looking welt on Rule's sweat-slicked back. Rule had a tremendous capacity for pain. Always had.
Guy recalled the days when they, along with Brayden, Ansley and the fifth member of their "family," Bryce, had sailed with Tarun, a genuine monster. The five men had shared a strange and violent past, one that could have destroyed them, but together they had overcome it. Still their days at sea with the vampire pirate -- the master who had tried to mold them in his image -- had left scars on their souls as well as their bodies. These sessions with Rule reminded Guy of how strong yet vulnerable they all were, even if they refused to admit it.
Rule could be stubborn to the point of stupid.
Guy tightened his hand around the whip and struck Rule again with a blow that would have had most men screaming. A strangled groan escaped the tall, dark-haired man and Guy curled his lip in disgust.
He loved the whip and was an expert with it. Like his vampire kin, he had taken what he'd learned about pain and battle from their hated master and made it a form of expression. They had ultimately used their skills to fight back, not only for themselves but for victims who crossed their path. Each of the five men had mastered certain weapons. Guy's obsession was the lash. From bullwhips to floggers, all were slaves to him, bringing pleasure or pain as he saw fit. His love of leather had melded into every part of his life, including sex. He used his floggers to pleasure and punish, sometimes separately, sometimes both at once.
Long ago, Guy had honed his skills on his willing brothers, except for Bryce, who refused to submit to anyone, even for fun. Only Rule to this day came to Guy for regular sessions. Guy decided this one had gone on long enough. He knew Rule would push himself past his limits. He needed a strong but sensitive Dominant who knew when to stop.
Glancing at Rule, Guy noted that he seemed to be in a trance. His blue eyes were narrowed to slits, his lips parted and his breathing shallow. Wet black curls clung to his perspiring forehead and neck. Blood trickled from his lower lip where he'd pierced it with his fangs.
"Our session is over for today," Guy said without room for argument.
Rule ignored his authoritative tone and said in a deep, hoarse voice, "More."
"Your name might be Rule, but you don't rule here," Guy said.
"Fine. Release me then."
"Not until you calm down."
"I am calm."
"You forget how well I know you."
Rule's cool facade snapped. Bellowing, he yanked at his bonds.
Now he screams, Guy thought, but he knew it was probably a good thing. Rule wouldn't allow Guy to comfort him like some clients enjoyed after a session. Guy worked mainly with supernatural beings -- vampires, wizards, and even an occasional werewolf paid well for him to tease and torment them with his leather and chains. But even those creatures had a tender side. Rule's was buried deep and Guy hoped that eventually someone would reach it.
Despite Rule's impressive strength, he couldn't break the chains. Guy's survival often depended on knowing how to properly bind supernatural beings.
Guy placed his whip next to a heavy purple flogger on a table covered in red plastic. He'd clean his tools later. He was about to clean Rule's back when his cell phone rang.
He knew who it was by the ringtone.
He picked up the phone and said, "What's up?"
"It's Bryce. I need your help. It's business."
Although the five men had different careers in the human world, their true purpose was to protect those in need. The weapons they had once used as criminals were now their means of redemption.
Bryce worked as a police officer in the city. Sometimes he called upon his brothers to help him resolve crimes in which the human world could offer no justice.
"What does he want?" Rule asked, having ceased his rampage when the phone rang. "Is there a case for us? Let me go!"
"Do you have Rule strung up in the dungeon again?" Bryce asked.
"Yes. I'm putting you on speakerphone."
"You don't have to. I can hear him quite well," Rule said, straining to look at Guy over his shoulder.
Though keen senses were an advantage of vampirism, the speakerphone would make a three-way conversation easier.
"I've been working on what we believe are serial killings," Bryce said. "You've probably heard about them. The media calls them the Bodybuilder Murders. We've found a common denominator and, Guy, I believe you can get the evidence I need. Will you help?"
"You have to ask?" Guy said.
"Can you use me?" Rule asked.
"Right now this is a one-man job," Bryce said. "But thanks."
Rule looked a bit disappointed, but with all the trouble in the world, he was sure to have another case to work on soon.
"Guy, can you meet me in an hour?" Bryce asked.
"Absolutely. Where?"

Goodreads ** Amazon ** Barnes&Noble ** Changeling Press ** Kobo ** iTunes
About the author:
The child of a painter and a psychic dreamer, Saloni Quinby feels spirituality and storytelling go hand-in-hand. She loves the scent of gardenia, the sound of wind chimes and the taste of honey. By listening to what isn’t said, she creates works based on unspoken desires. Saloni prefers blurred gender lines and many varieties of romance. In a world where passion must at times be restrained, she believes erotica is a pleasure to be shared. With her stories she would like to make her fantasies yours and hopes you enjoy the ride. She also writes under the name Kate Hill. Please visit her online at:

Thank you for hosting me!
Kate/Saloni

I don't have a favorite Kate Hill / Saloni Quinby book, but would love the chance to read them! This sounds great!

I don't have a favorite this author is new to me