Catharsis: The Unleashing of the Unconscious Conflicts of Michael Anthony by Michael Tyler

Along the way, he journeys to many places of wonder, meeting many people of color and temperament, and learning a lot about himself and life and living and love 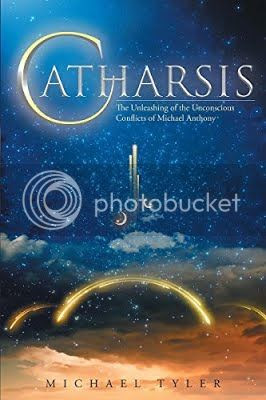 Catharsis is a story about a young black man trying to escape life in the United States of America and finding himself, love, and purpose in the wonderland of his mind. Michael Anthony, the main character, evolves from a most naive to a man of the world who is lost and alone. Along the way, he journeys to many places of wonder, meeting many people of color and temperament, and learning a lot about himself and life and living and love.

About the author:
Mr. Michael Tyler was born in Richmond, VA, on the twelfth of March in the 1950 (he was only nine months old). He was reared in an environment full of racial and geopolitical fear. Black people were afraid of and hated White people, White people feared and hated Black people, and everyone was afraid that the USSR was going to blow up the world.

Thus, life was tense and everyone was angry and trying to escape via God, the movies, vacationing, or drugs or alcohol or both. The cheapest escape was the church. Mr. Tyler took the cheapest route when he was baptized in the Cedar Street Memorial Baptist Church at the young age of twelve. At the age of eighteen, he graduated from Armstrong High School in June of 1968 and continued his post secondary education at the University of Science, Music, and Culture (USMC, campus of Vietnam).

In 1972, Mr. Tyler attended Virginia Commonwealth University (VCU) and graduated with a baccalaureate in 1975. That same year, Mr. Tyler furthered his education by attending the University of Science and Agriculture (USA, campus of Europa). He acquired his Master of Arts degree in 2003 from the University of the District of Columbia (UDC, DC campus). Mr. Tyler, a handsome young, mature, and intelligent man is presently employed as an academician in Prince George's County, Maryland. Catharsis is Mr. Tyler's attempt at capturing some of his thoughts and experiences during the early years of his life.