everyone wants a piece of her - Superheroes Suck by Jamie Zakian

Now that Shay's in the mix with superheroes and crazed villains, everyone wants a piece of her. A super villain wants to devour her soul, a superhero wants to love her, and Shay just wants to go back to her normal life. It's not like in the movies. In real life, superheroes suck. 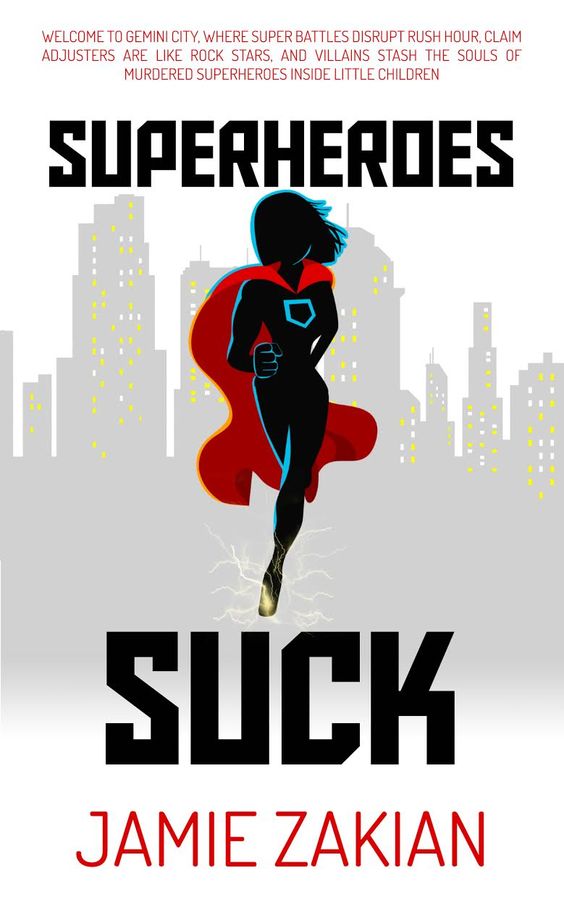 It’s been ten years since Shay Sinclair’s parents were murdered by a super villain, leaving she and her sister to fend for themselves. Now at age sixteen, Shay has something that villain wants. Something he needs. After a chance encounter with a superhero in a stairwell, something awakens in Shay, something that could get her killed.

Max Steel has spent the last ten years searching for one particular soul. Now, a coincidental run-in with Shay Sinclair leaves Max closer than he’s ever been to everything he’s ever wanted. But Max hits a brick wall when he goes after her. Unlike other girls her age, Shay isn’t into superheroes. So, if Max wants to win her over and be reunited with the soul inside her, he must get creative. He invites Shay into a seductive world of fame, glamour, luxury, and epic battles with villainous foes.

Now that Shay's in the mix with superheroes and crazed villains, everyone wants a piece of her. A super villain wants to devour her soul, a superhero wants to love her, and Shay just wants to go back to her normal life. It's not like in the movies. In real life, superheroes suck.

Ever wonder what villains do after escaping a scuffle? In this excerpt from Superheroes Suck, we're taken inside the perspective of a villain who just escaped the grips of Gemini City's superheroes.

“Yo, man,” Cyrus shouted. “You splashed on my controller.”

“How can you just sit there playing video games? Go load up the weapons so we can finish off Ling Enterprises.”

“I just busted you out. This is how we regroup—Call of Duty, gummy bears, and soda.” Cyrus pointed a stiff finger at Lucius then went back to pressing buttons on his controller.

Rage fell over Lucius like a blanket, except it wasn’t comforting . The fury brewing within him throbbed at his temples and threatened to blow his last fuse.

He stomped across the room and drove his fist into the large screen on the wall. Broken glass tumbled around his hand, slicing his skin. The now fuzzy television blinked off. He pulled his fist back from the shattered display, watching little shards of glass pop out of his flesh as it healed.

“What’s the hurry?” Cyrus tossed his controller onto the dusty, cracked floor. “We got other things going on.”

“They have something of mine and I want it back.”

About the author:
Jamie Zakian is a full-time writer who consumes the written word as equally as oxygen. Living in South Jersey with her husband and rowdy family, she enjoys farming, archery, and blazing new trails on her 4wd quad, when not writing of course. She aspires to one day write at least one novel in every genre of fiction.

Sounds great! I would love to read it!

Oh man, this looks so awesome! Definitely adding to my TBR. :)

thanks this book sounds interesting