Life is out to get me. - Saved by Hazel James

"There is a quality Hazel James has when putting pen to the paper that breathes life into her characters. The personalities and the situations that they go through come across so genuinely that you can not help but become utterly invested. Saved is one of those stories that makes you take a long look at yourself, especially when saying “I can’t”, and re-evaluate your thoughts (or at least it did for me). " - Candy, Goodreads 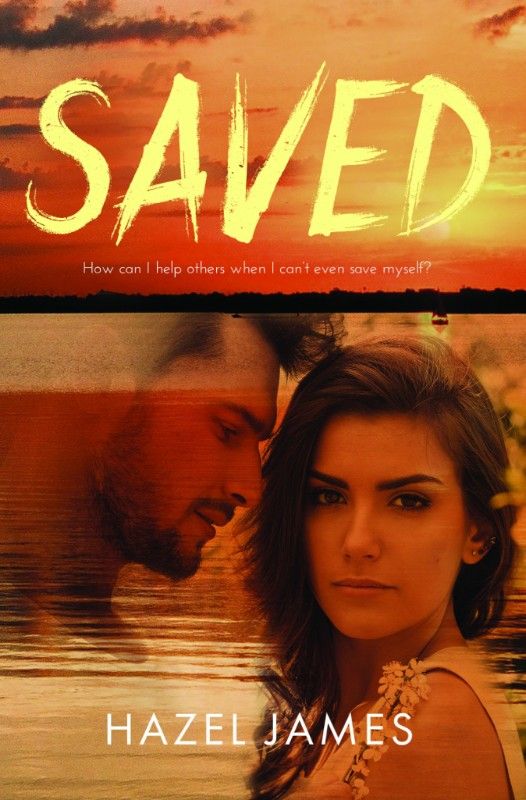 Life is out to get me.
Humvee accident that took my right hand? Strike one.
Cancer three years later that stole my breasts and hair? Strike two.
An overbearing mother who seems to think I’m twelve, not twenty-seven?
Yeah, I’m out of there.

I thought moving to Oklahoma would give me a fresh start. I hoped life would finally cut me some damn slack. But between the inept people at the VA hospital and a boss who’s hell-bent on fixing me, I just want to be left alone. Haven’t I been through enough already?

Joining the Army and deploying to Afghanistan? Hard.
Kicking an alcohol addiction and starting a business combining fitness and mental health? Harder.
Worth it? Hell yes.

Battles, my gym, has been so successful that I hired a new employee—a veteran herself—to help me open a second location. And that’s when it all goes to hell. Everything I’ve ever stood for is called into question, and the one person I thought I could count on disappears. I’ve spent the last ten years helping everyone else. What happens when I can’t even save myself?

How can I help others when I can’t even save myself?

Having cancer is an invitation to be touched. Doctors. Nurses. Sympathetic friends. An overbearing mother. For months, I dreaded having someone else’s hands on my body.

But now? Now I crave it. Especially with Clay staring at me like I’m the only one who can quench his thirst. I’d gladly be his water. The glass. Hell, I’d even be the ice cubes if he’d give me a few hours and a freezer.

“Um, will you tie me?” I give myself ten bonus points—five for speaking coherently and five for omitting the word “up” at the end.

He smiles and steps behind me, and my skin prickles in anticipation. Even my goose bumps want to be as close to him as possible. But none of that compares to the second his fingers brush the skin on my shoulders. I officially take back every curse word I aimed at Rebecca when I opened my suitcase.
I’m baking her a cake as soon as I get home.

“Is that too tight?” Clay’s voice is deeper, huskier, and damn if that’s not the sexiest thing I’ve heard in…ever. I want to say yes, so he’ll have to start over, but a girl only has so much self-control. He’d probably say something like “how do you want it?” and then I’d turn around and hump his leg because I’m all about hands-on demonstrations.

“It’s perfect.”
“Great. I’ll double-knot it so you can just slip it over your head next time.”

I’d be sad if it wasn’t for the light squeeze he gives my neck when he’s done. Committing that feeling to memory, I pull a tank top over my head and slide my feet into my sneakers, shoving all thoughts of molesting Clay out of my mind. “Where do you want to go first?”

“Shouldn’t I be asking you that?” The edges of his mouth tip up.
“Yeah, yeah, I’m the world’s worst Hawaiian.” I shoot playful daggers at him.

“Hey, you said it, not me.” He holds his palms out, proclaiming his innocence. “Thankfully, one of us came prepared. I was thinking of a short hike and then maybe some paddle boarding.”

It’s my turn to lift a hand. “The hike sounds fine, but one of us did not come prepared for paddle boarding. Unless you don’t mind going in circles.” His eyes crinkle as I simulate rowing with my stump.
“Don’t worry, this place has two-person paddle boards.” He pulls the keys to our rental Jeep from his pocket and twirls the ring around his finger. “Ready?”

About the author:
Hazel lives in Tampa Bay, Florida. She's a proud Army veteran, and her greatest loves include her family, lip gloss, Diet Coke, and the beach. For a list of events, go to www.authorhazeljames.com.