The Pre-Programming (Circo del Herrero - The Blacksmith’s Circus #2) by B.L.A. and G.B. Gabbler

In this thrilling sequel to THE AUTOMATION, the Narrator and Editor drag readers deeper into the dark history and even darker future of Automata. When the subterranean god emerges with his postlapsarian blueprint, so will the truth about B.L.A. and G.B. Gabbler. Ideal for fans of Scott Hawkin’s The Library at Mount Char, Jo Walton’s The Just City, and all the way to Homer’s The Odyssey, THE PRE-PROGRAMMING is a literary outrage that dares you to keep reading between the lines and the footnotes. 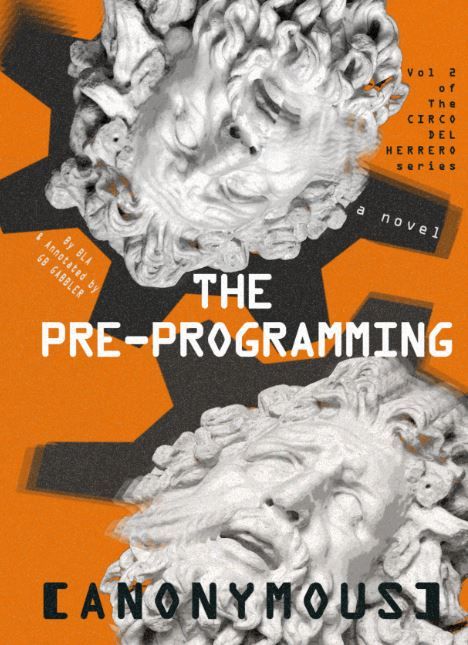 The crippled god of metallurgy, fire, and alchemy has many names and many faces—sometimes Hephaestus, Ptah, or Vulcan. He changes to suit his needs. And just like his names, his creations have gone through countless revisions. This time, he’s finally onto something—his Automata have turned the heads of other gods. They’ve noticed their pre-programmed potential. There’s a reason Vulcan didn’t scrap the Automata—a reason he left them in the care of humans all this time. They were just the beta testers for his most intricate windup toy yet…

Vulcan’s ancient Automata find their purpose rebooted in the second installment of the CIRCO DEL HERRERO/THE BLACKSMITH’S CIRCUS series. Their immortal human Masters will drop like flies—superfluous in the next round as the gods shuffle in a new deck of fateful cards. The Masters can choose how and when, but they will all die to free the Automata of their earthly chains. Odys and his Automaton, Maud, struggle to protect his twin sister from the plotting of his dual-bodied adversaries. But his sister, Odissa, finds herself a willing participant in The Blacksmith’s latest exhibition—could she be the missing cog to the god’s tightly wound machine all along?

In this thrilling sequel to THE AUTOMATION, the Narrator and Editor drag readers deeper into the dark history and even darker future of Automata. When the subterranean god emerges with his postlapsarian blueprint, so will the truth about B.L.A. and G.B. Gabbler. Ideal for fans of Scott Hawkin’s The Library at Mount Char, Jo Walton’s The Just City, and all the way to Homer’s The Odyssey, THE PRE-PROGRAMMING is a literary outrage that dares you to keep reading between the lines and the footnotes.


‘“Why did you call me Dorothy?” Odissa seized the sides of his face, as if she had Dorian trapped now.
“Why? Do you not like this yellow brick road I’m escorting you down?” He sunk lower into the tub, angling her grip on him. Her fingers slid a little on his wet skin. His hair touched the water and fanned out like an aura. He wanted to make sure her hands were still playing nicely.
“That’s not a real answer, Dorian.” She leaned into him.
He floated away from her. He spread out his arms along the tub. His grey eyes closed, readying himself. “I suppose you have a right to know. Odys will tell you eventually, I’m sure. He couldn’t keep his mouth shut.”
“About what?”
He rubbed a finger over his pink upper lip at a false itch. “I knew your real parents, Odissa. At least, I think I did. But I won’t tell you more than that.” 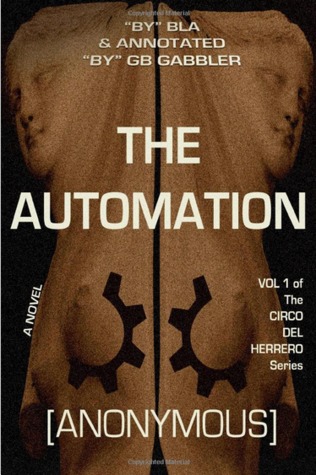 “Why not?”
“Not only would your brother hate me for it, but…” He trailed off.
“Since when do you care what my brother wants? I think he’ll be too distracted about the other stuff we’ve done to care if you tell me. And does this mean he knows? Why does he know but I don’t? It isn’t fair.”
“Your brother knows as much as I do. And believe me, that means he’s not sure of anything.”
“Not sure of what, Dorian?”
He merely smiled. “I’m going to make the others adore you, Odissa. Just you wait. I need to warn you that when they start arriving they might be a little suspicious about what we’ve been up to. They might not understand. Don’t worry. I’ll handle it. They’ll love you. They’ll let me save you.”
“Save me?”
“When we find Madus, he’ll be perfect for you. A twin for a twin.”
She had no idea what he was talking about.
“Then Leeland will never get to you. No one will ever take you away from me again.” He was smiling to himself once more, his finger back at that lip.
“Exactly how many times have I been taken away before?”
“Once, in the past. But an Automaton will keep you here with me forever. You understand? Maybe then—once you have an Automaton—you’ll understand what happened to your parents, why I did what I had to. The Automaton will explain everything.”
“What did you do to my parents, Dorian?” Her heart was making the water ripple despite her body remaining still. “I don’t want an Automaton.”
“Your brother wants you to have one too.” To himself, “That’s why he went so willingly to Rosemund.”
Not sure what he meant, “He won’t give me one if I do not want one.”
“None of us were really given a choice, Odissa. You think you will be? And the others will want to make me happy. I will win them over. I will gain their votes. Why wouldn’t you want an Automaton? You either become one of us or we get rid of you eventually. Why not finalize the deal? You have no life to go back to.”
“You’ve made sure of that, haven’t you?”
He licked his lip, wondering why she was so obstinate. Could she not see what he meant? Surely—for she could see everything else.
“Then let me know why you won’t tell me. Why can’t you tell me why I’m Dorothy?”
His jaw clenched. He did not like her persistence. “You would hate me, that’s why.”
“What if I promised I wouldn’t? Why would it change so much between us? Aren’t we destined to be in love with each other?”
“No. I’m destined to be in love with you. The gods promised us nothing about your love.”
“You were angry with me when I didn’t say I was married. Now you’re the one hiding the truth.”
The water rippled as he huffed. “Leeland has leverage—family members, pets, friends. He uses leverage to try and get our Automatons. He had leverage on me, but…I still have an Automaton, Odissa. You understand what I’m saying?”
He heard her try to swallow.


“Do you understand, Odissa?”’
Goodreads

About the authors:
BLA and GB Gabbler [really just a pen name – singular] are the Editor and Narrator behind the Circo del Herrero series. THE AUTOMATION, vol. 1 of the series, is a mythpunk novel that puts a postmodern spin on how we interpret myth and literature. Gabbler’s work typically explores ways in which robots and religion intersect. You can read more of their work on the Fanzine. Their second volume, THE PRE-PROGRAMMING, is scheduled for release in 2018. You can read the first volume for free. 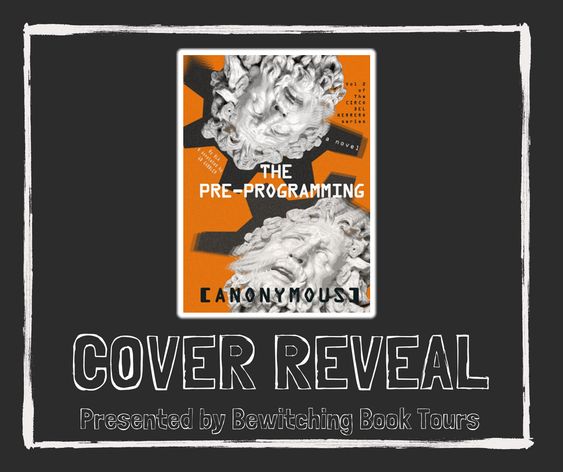