a dark and twisted path - Beneath the Lighthouse by Julieanne Lynch

"The imagery in this story is remarkable. [...] Every secret unravelled, startles you. [...] So if you want a book, that is enthralling. That is full of intrigue and violence. That is cloaked in mystery and loaded with danger, that is also shrouded in a heavy veil of paranormal suspense, then you need this book in your life. Page after page, dazzling with its set of complex characters. A plot that captivates. And writing that leaves you in awe. What more could you want?" Nicole, Goodreads 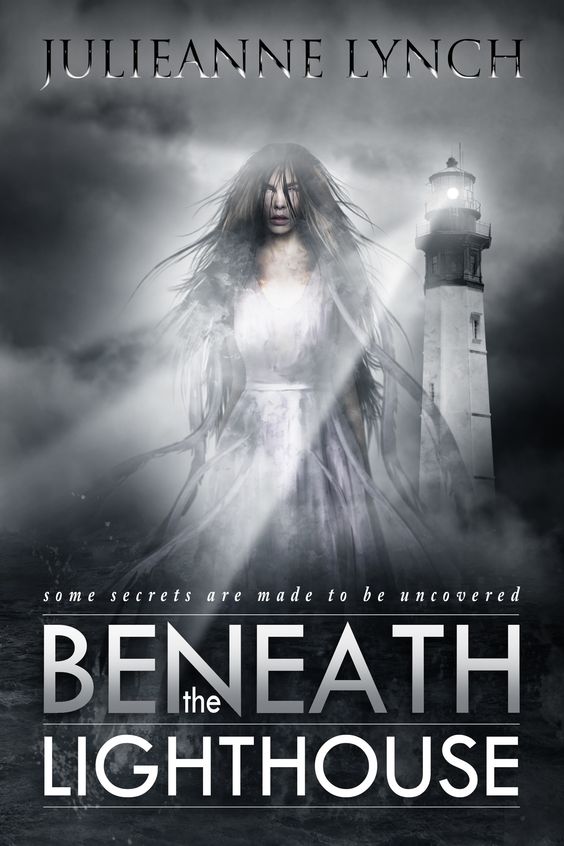 SOME SECRETS ARE MADE TO BE UNCOVERED.

Sixteen-year-old Jamie McGuiness’s sister is dead. Sinking into a deep depression, he frequents the lighthouse where her body was discovered, unaware of the sinister forces surrounding him.

When an angry spirit latches onto Jamie, he’s led down a dark and twisted path, one that uncovers old family secrets, destroying everything Jamie ever believed in.

Caught between the world of the living and the vengeful dead, Jamie fights the pull of the other side. It’s up to Jamie to settle old scores or no one will rest in peace—but, first, he has to survive.


The imagery of a lighthouse standing lonely on the edge of civilisation always draws ones’ imagination to the surface. You can’t help but think of the isolation of not only the tower itself, but the memories that are imbedded deep within its walls. Take for instance the perilous journeys of sea-faring men who put their faith and life in the guidance of the light of the tower that steers them to safety. The many lives lost at sea. Not to mention the deep symbolism that surrounds a lighthouse.

Standing alone, the lighthouse is not only a tower of strength, but represents so many metaphors, to name a few: the raging storm of the sea can be seen as our inner demons, angry, agitated and unsettled; the beacon of light which shines in all directions can be seen as a focal point for those lost, battling their own torment; and the strength of the lighthouse is represented by the location of the tower on the highest point of land, closest to the danger of the open sea.

Lighthouses offer not only a great focal point for stories, but their captivating symbolism draws you in. In literature, lighthouses have been used many times over. They can be seen as sinister structures, or homely beacons of hope. But in all cases, they offer a wonderful place to set a story.

Perhaps, most commonly used in supernatural fiction, the lighthouse is monumental. The sheer loneliness is enough to inspire any writer to create havoc for their protagonist. Be it a vengeful spirit, a keeper going insane; all mannerism of things spring to mind. It would be remiss of us to not think about the spooky going ons inside a vacant and old tower. The creepy echoes, the claustrophobic walls, the remoteness from civilisation – all these are the foundation of a wonderful, if not, scary supernatural story.

As a writer, the dormant lighthouse fuels my imagination. For me, a lighthouse is a symbol of hope in a dark and sinister world. Yet, so many secrets lie undiscovered. There is a whole other lifeform that exists. A fine line between the past and the present, and that’s where my creativity comes alive. Such mystery can be formulated from something so plain, and ordinary. In the blink of an eye, what was once a redundant piece of architecture, suddenly becomes something of immense importance and power. Because that’s the thing about lighthouses. They wield such supremacy and significance. They are safe from the outside, but once you’re within the tower, the winding staircases and hidden nooks leave the mind wild with fear and anticipation. And yet again, their symbolism comes into play here.

Lighthouses are structures like no other, and regardless of time and evolution, they still inspire awe and appreciation. They stand the test of time and will continue to inspire stories long after we are gone. 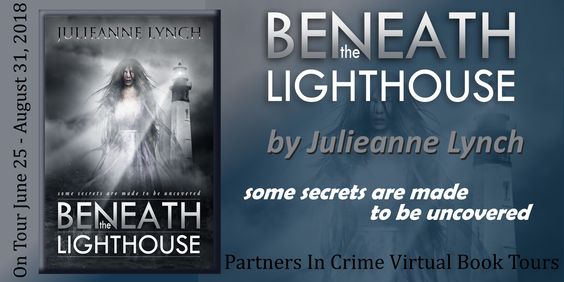 About the author:
Julieanne Lynch is an author of YA and Adult genre urban fantasy books. Julieanne was born in Northern Ireland, but spent much of her early life in London, United Kingdom, until her family relocated back to their roots.

Julieanne lives in Northern Ireland, with her husband and five children, where she is a full-time author. She studied English Literature and Creative Writing at The Open University, and considered journalism as a career path. Julieanne has several projects optioned for film.

Mrs. Lynch, I really enjoyed the way you manage the proposed topic :)
My short reading list grows once again with a book proposed by the Partners in Crime
Thank you both!!

Oh man...how in the world did I miss signing up for this tour. Everything about the book speaks to me and I am now a follower of Julianne's. I will be adding this to my reading list.
sherry @ fundinmental

Thank you so much for helping out on Julieanne's blog tour!!

Thank you for hosting me. It was lovely to write this piece for you. And thank you to both CCAM & Cherry for their lovely comments.