Old sins are hard to cleanse. - Exile of Angels by Ron C. Nieto

You would want to meet Henry Black, trust me.
I couldn't stop reading
Another great book, what can I say more?
Ron. C. Nieto did it again! Congrats 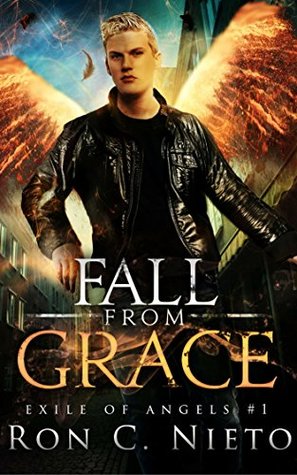 Hell was meant to be a timeless prison. It’s not.

Henry Black, former Archangel of Secret Knowledge, wants some peace of mind after untold millennia locked up in Hell, but the guilt of inhabiting a body that is not his own and of having left behind his brothers and sisters still damned to solitary confinement eats him up inside.

Old sins are hard to cleanse.

He thinks he can atone by doing the right thing—play the older brother to his host body’s kin while upturning every secret buried in Creation until he finds a way to free every single angel who fell—but with every fact uncovered, he finds himself one step further from the release he craves and one step closer to more chains that bind.

The car jerked to a stop, and in turn, it jerked me out of my thoughts. I opened my eyes. Phillip had thrown the Alfa into park in front of my apartment, and he’d already jumped out. I scrambled after him, but of course he popped the trunk first. Of course, he saw what I’d done.

The trip to Boston’s library hadn’t been a complete waste. I had borrowed a few titles. Phillip had helped me carry them to his trunk, and then he had jumped in the driver’s seat. And I had stalled a moment, enough to reach in and distribute the books in even stacks, weight and size taken into account in an impromptu Lego game to build a solid base. It had kept them from slipping and flying around, even with Phillip’s driving, and now it caused Phillip to stare at me, smirk back in place.
Blast it.

“Don’t comment,” I said, combing my hair back. It felt like I’d spent the whole morning telling him that.
“Wouldn’t dream to, brother,” he said easily enough. And he reached in and pulled out a few books, more than half of them, not adding another word but thinking plenty of them. It frustrated me. Not because I didn’t like him—Phillip was nothing if not likable. The looks, the style, the attitude… my little brother always behaved like the world was his for the taking, and the world liked to prove him right. No, the problem wasn’t my brother. Rather, it was the fact that he wasn’t my brother.

I grabbed the remaining couple of books and slammed the trunk shut. The car was an ancient Alfa Romeo model. Old, not vintage. The bright red paint was chipped, and the back bumper was dented. The back windows got stuck easily, and you had to jostle the manual lever up and to the front if you wanted it to work. Still, it was his car, bought with his own money, and he loved the decrepit machine. I knew that, just as I knew how much force I needed to use in order to get the satisfying bounce of the suspension system just from closing the trunk, and just like I knew Phillip would flinch at the rattling noise.

I knew all that because Phillip was Henry’s brother, and that’s the sort of thing brothers could tell about each other. However, I wasn’t Henry. I was just wearing his body. The knowledge sat in the pit of my stomach, a roiling knot that had tied itself over and over and sometimes threatened to nauseate me.

Only sometimes, though. Only when I was reminded that Henry had had a life before me.
“Let’s just go up,” I said. The words rasped over a dry throat on their way out.
Just one day out of Hell. One day worth of a lie. The weight of it sat heavier by the second across my shoulders while we climbed to my apartment. Henry’s home. 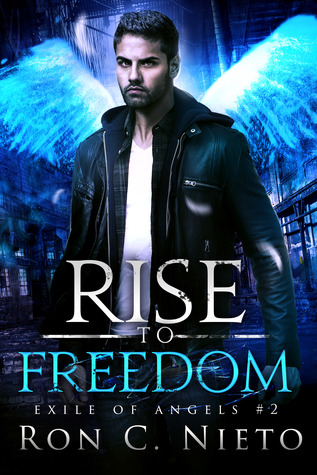 I am a demon possessing the body of the late Malik Sadik. Truth.

Yes, the former Archangel of Truth now inhabits the body of coffeehouse barista Malik Sadik. But Malik wasn’t a willing participant to this possession, not like Henry Black. The human Henry Black willingly gave over his body to the Archangel of Secret Knowledge. Malik, on the other hand, was merely in the wrong place at the wrong time.

Yes, Malik still feels human. But he’s not human and a war is brewing. When Hell threatens to unravel and its black hunger eats and corrupts those Malik has learned to care about, he must make a choice between what he knew as an angel and what he has begun to feel as a man.

So, what happens when Truth isn’t right?

“What happened?” John called out the moment he was within five feet of Malik.
Malik shrugged—again, fuck it, can’t I do anything else?—his shoulders scraping against bare brick, the rough edges bruising even through his winter jacket. “What do you mean?”
John mirrored his stance, about a foot of empty wall between their shoulders, and failed to rise to the bait. “You don’t like running from Henry,” he said. “You claim it makes his smugness worse. So what happened?”
Wish I could tell you. Hell, wish I knew. “Y’know, you seem to be awfully happy with Henry in charge.” John tilted his head enough to make sure Malik saw his raised eyebrow, and Malik snorted, glaring up at the sky. “He’s not a cop. Hell, he isn’t a government official. I doubt he cares all that much about the city.”
“I don’t know about that. I think he’s more concerned than you give him credit for,” John said at length.
“He’s a demon, John.”
John opened his mouth, shook his head, and let whatever words he’d been about to say bleed into a soft laugh. “That doesn’t make him too different from every other Commissioner with political inclinations we’ve had, I suppose.”
The most important statement of that argument went unsaid. “You’re also a demon,” John could have said. And for all Malik knew, that was true. Never mind that I don’t remember anything but being Malik, and even that’s spotty sometimes. I’m supposed to be a demon. Just like Black.

About the author:
Ron C. Nieto is a fantasy and romance author who has been writing in her secluded fortress for the longest time. Recently, she had a talk with her cat and decided that she should share her creations, because it was selfish to hoard them all for herself.

I liked the excerpts.

I love both covers!

I just love your cover and excerpt.

Demons VS Angels - does not secure a good story, but certainly its a very good start for one