What if the job you took to stay alive might be what kills you? - Retrieve (The Stormers Trilogy #1) by Sarah Addison-Fox

"AHHHHH!! That was Soo amazing!! For one this is the best book I have read by Sarah Addison Fox and it surpasses most of my favorite romance novels, because of the way she can make a relationship so amazing. The whole time they are focused on their mission their growing closer without meaning to!! I love the way she writes!" D.M., Goodreads 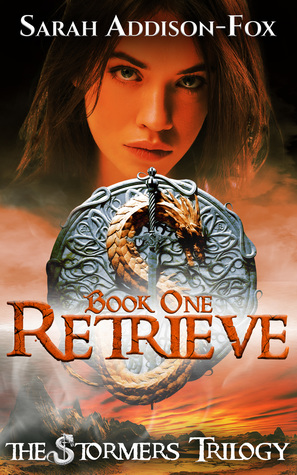 What if the job you took to stay alive might be what kills you?

His job in a Stormer Unit guarantees not just his survival in the decimated country of Azetaria, but his sister Meg's. Even if it means facing the Numachi warriors baying for his blood, he'll do what it takes to keep her safe.

Hadley is alone and surviving the only way she knows how. By hiding where predators won't find her and scavenging enough just to keep her alive.

When desperation drives Hadley to search for her missing brother, she mistakenly accepts the offer of recruitment into the Stormer's camp, only to be partnered with Kade and sent as a scout into Numachi territory.

The intimidating young Stormer may just know where her brother has gone. But can they stay alive long enough to find him?

Kade’s footsteps were heavy as he approached and stared down at her. “This isn’t going to work. You need to be wearing something lighter, or we’ll never make it to Lazen.”

Hadley tried for a weak shrug but could barely muster the energy. “What do you suggest?”

Kade raised an eyebrow, and a deep frown appeared on his face as he considered her. He continued to stare at her as she sat, legs sprawled out on the ground. “The best I can come up with is cutting your clothing.”

His eyes narrowed as he searched the length of her. A bolt of alarm jostled her into thinking. “How much are you cutting off?”

Kade dipped his chin, his voice low as he spoke. “Enough, so you don’t keep fainting, enough, so you still pass for a boy.”

He reached for a knife and wore the slightest of smiles as he unsheathed it. “Let’s hope you have hairy legs then eh?”

Hadley’s lips split into a smile before she remembered she was annoyed with him for being so smug.

Goodreads ** Amazon
About the author:
Sarah Addison-Fox is a New Zealand-born misfit who writes action-packed fantasy with a smattering of punch-ups, mega amounts of romance and a dash of family values. She has an astonishing amount of nail polish, has all her creative writing credentials shoved in a drawer somewhere, and has a husband who, after 28 years, can still make her blush. When she’s not working on her multiple YA fantasy romance series' she can be found binge watching Mission Impossible movies, drinking lager and eating curry. 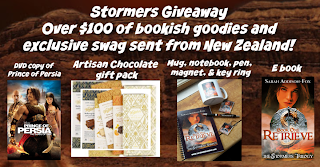