things spiraling out of control... The Winnowing (Stanley & Hazel #2) by Jo Schaffer 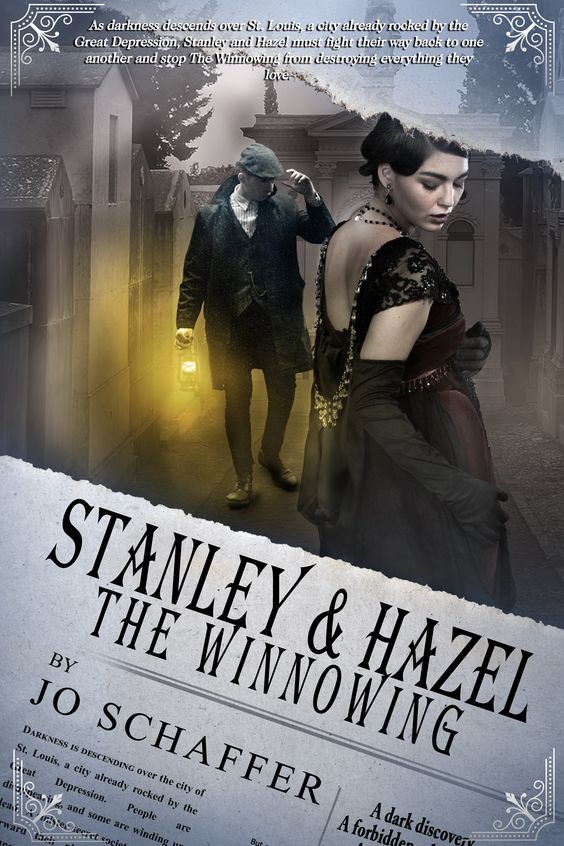 After Stanley and Hazel foil the diabolical plans of Charles Chouteau, they become instant celebrities. Hazel is thrust into the role of debutante, and risks loses herself in it. Meanwhile, Stanley must deal with the horrific tragedy of his best friend’s death while being threatened by the unseen forces of the Veiled Prophet.

With things spiraling out of control, Stanley and Hazel’s relationship is tested, possibly beyond repair. As bodies pile up, people become more desperate. The divide between wealthy and poor grows ever wider, threatening to tear their worlds apart. Now, the two must find a way to work together if there is any hope at all of saving their relationship and their futures. 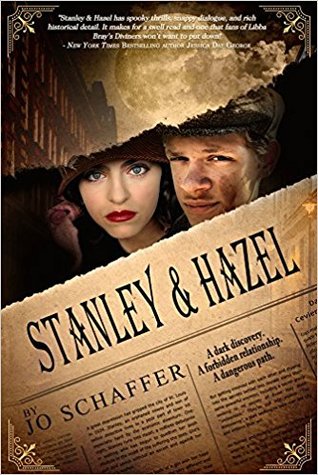 A great depression has gripped the city of St. Louis in 1934. Stanley, an orphaned newsy, lives in a poor part of town hit especially hard by the economic downturn. One night, Stanley runs into Hazel, a restless debutante in waiting who has begun to question her posh lifestyle in the midst of the suffering she sees. She’s out and about without an escort and against her father’s wishes.

When they discover the body of a girl with her head bashed in by a baseball bat, the very different and separate realities of the two teens inform their decision. Together they will figure out what happened to her and bring those responsible to justice.

But getting involved with each other and digging into the secrets behind this murder earns them some powerful enemies, including a secret group seeking to rid society of all they deem “undesirable.” They’ve put into motion “The Winnowing,” a plan seeking to take over the city and enforce their will.

As Stanley and Hazel’s forbidden feelings for one another grow, their investigation turns deadly. Now, it is up to Stanley and his gang of street kids to stop Hazel from becoming the next victim.


"From the minute you pick up the book you can just see that the author has a creative writing style and I really hope there will be more to this story. Take a chance on this one as you won't be disappointed.-YA/NA Book Divas" Laura, Goodreads

Goodreads ** Pre-order Amazon
About the author:
Jo Schaffer was born and raised in the California Bay Area in a huge, creative family. She is a YA novelist, speaker and a Taekwondo black belt.

She’s a founding member of the nonprofit organization that created Teen Author Boot Camp, one of the nation’s biggest conferences for teens where bestselling authors present writing workshops to nearly a thousand attendees.

Jo loves being involved in anything that promotes literacy and family. She is passionate about community, travel, books, music, healthy eating, classic films and martial arts. But her favorite thing is being mom to three strapping sons and a neurotic cat named Hero. They live together in the beautiful mountains of Utah.