"It is not just a romance but also a beautiful and bittersweet story about loss, love, family and forgiving one’s self. What looks at first to be such a contrast between Lucas and Elena is not as the author peels back the layers of their grief, hurts and fears. They are more alike than different and both must come to terms with it. You will need a box of tissues handy with this read. Poignant, powerful read." Psusan, Goodreads 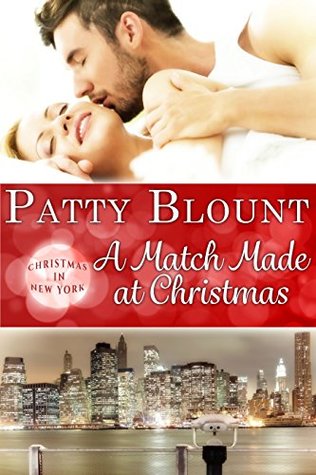 This book was formerly entitled Goodness and Light

Thirteen years ago, two teens met on the ramp to Ground Zero, on a cold and snowy day, strangers bonding in a moment of grief. The boy pressed a crystal snowflake ornament into the girl’s hand and disappeared into the crowd, unaware that his simple act of kindness saved her from the guilt that threatened to consume her.

Since losing her mom, Elena Larsen hasn’t set foot in New York City -- until now. Agreeing to help her sister prepare for her baby’s birth seems like a good way to spend Christmas and Elena vows not to let the monstrous guilt that weighs on her heart ruin everything. But those plans go awry when she meets Lucas Adair, a man whose own grief and guilt just might rival her own.

When Elena discovers Lucas is the boy who gave her that crystal snowflake all those years ago, she can’t accept it as the sign Lucas believes it to be. For her, it means only one thing --- even beyond the grave, her mother can never forgive Elena for breaking her heart.

For Lucas, New York is hallowed ground that he can never leave. He spends his days working in the Financial District and his evenings volunteering and it’s almost enough to help him forget what he did. Lucas knows better than to make plans with a woman who will soon be leaving, yet can’t help himself. There’s something about Elena that pulls him in. He doesn’t put much faith in signs but even he starts to believe Elena is his absolution. Now, he only has to convince her.

About the author:
Patty Blount grew up quiet and a bit invisible in Queens, NY, but found her voice in books. Today, she writes smart and strong characters willing to fight for what’s right. She’s the award-winning author of edgy, realistic, gut-wrenching contemporary and young adult romance. Still a bit introverted, she gets lost often, eats way too much chocolate, and tends to develop mad, passionate crushes on fictional characters. Let’s be real; Patty’s not nearly as cool as her characters, but she is a solid supporter of women’s rights and loves delivering school presentations.

Patty is best known for her internet issues novels, including SOME BOYS, a 2015 CLMP Firecracker winner and SEND, a 2012 Junior Library Guild Fall Pick. Visit her website at pattyblount.com, where you can sign up for her newsletter. She blogs at YA Outside the Lines and is also active online. She loves hearing from readers, especially when they tell her she’s cool (even though she knows it’s not true), and is easily bribed with chocolate. Never underestimate the power of chocolate.

I'm not one for crazy. I suppose as a kid I did a few things that could have endangered my life, but I made it through without breaking anything.

For legal reason I can not say the craziest thing I've done. But I did meet Sebastian Bach after a Skid Row concert in Chicago in 95.