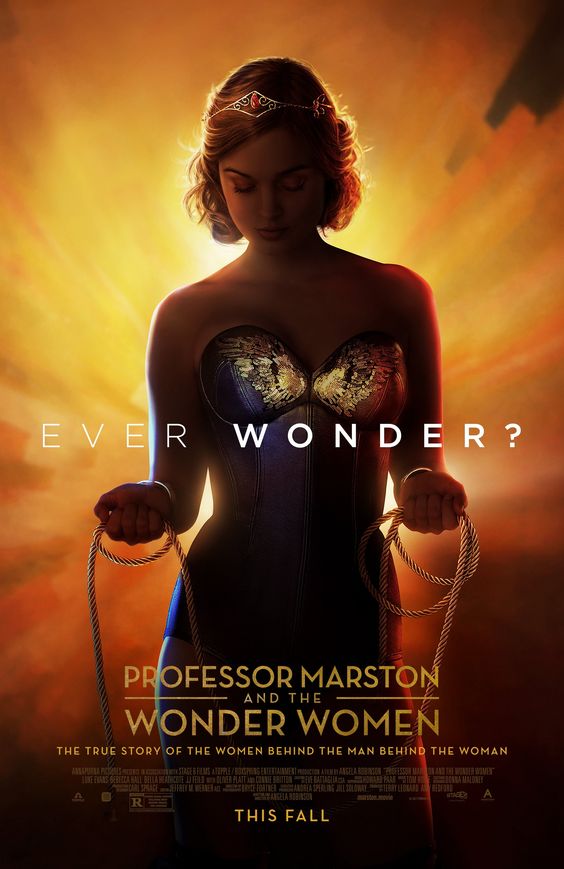 The true story nobody heard of during its moment of glory!

Shadowed by the worldwide frenzy that is the Wonder Woman film and Gal Gadot’s modern interpretation of the iconic character, I bet that no one has heard of this film “Professor Marston and the Wonder Woman” which was released in the same year! It was released only 4months after Wonder Woman! This film has by no means garnered the same attention or even notice from the public. It modestly performed at the box office, managing 1million dollars in revenue, nowhere near the approx. 820million dollars Wonder Woman achieved. Yet if anything, this film should receive more respect and praise. Not only is the movie directed by a female, Angela Robinson (also the screenwriter for this feature) which was a hugely applauded notion for the Wonder Woman film (directed by Patty Jenkins), but the overall skill level involved in production is consistent and better.

In theory, this is essentially an origins film about Wonder Woman. However, it is practically the story of a relationship. Besides all the interesting things we discover about Marston and Wonder Woman, the most interesting and emphasised aspect in the movie is the long-lasting polyamorous relationship with his wife Elizabeth and his student Olive. I have personally never seen of or heard of other films to tackle this subject matter. Simply, the idea that such an important modern cultural figure that is Wonder Woman to stem from such an incredible love story that was forced into obscurity due to social pressures of the time is mind boggling.

The biographical element and flashback structure of the film aids to overcome negative stereotypes about polyamory. This way, subtly and minimally the story of their happiness and social struggle informs audiences on the typical misconceptions related to polyamory, such as the idea that there is a lack of love. The fact that Marston and Elizabeth are academics in the field of psychology, the notion of emotions is highly explored. Their profession combined with this context seamlessly functions to open one’s eyes. Most fascinatingly, the film narrative explains that Marston’s romantic relationship is mirrored into the comic strips of Wonder Woman: all the way from material things such as clothing and jobs to ideologies about women. The close partnership between Marston and Wonder Women and what she symbolised to him, provides further significant meaning that to a non-superhero comic book enthusiast etc would be unbeknownst. 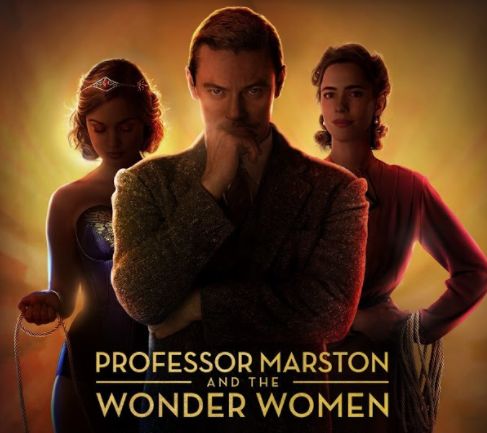 “Professor Marston and the Wonder Woman” promotes Feminism in a highly professional, educational and much more effective manner than the 2017 Wonder Woman film. However, this is to be expected due to the nature of plot: one being a fantasy story (Wonder Woman) and the other a biopic drama film. Genre of the films dictates the manner Feminism can be presented. In Wonder Woman it’s through for example the superior female Amazonian army, action based. Meanwhile, in Marston’s Wonder Woman, it is an intellectual conflict of opinions based on the figure of Wonder Woman, most notably between Marston and Josette Frank. Ultimately, no matter how eye captivating the polyamory is in the film and its focus, one can learn and appreciate everything else that takes place narrative wise.

The acting is stellar. The three-star cast: Luke Evans, Rebecca Hall and Bella Heathcote, deserve a round applause for the unbelievably realistic performances. To conclude, the film, all the way from editing style to types of camera shots to acting etc is likeable. If one were to describe this film in one word, it would be likeable since likeability, in all senses of the word, stands out. It is a shame that like the hidden love story that sprung Wonder Woman, this film too is somewhat hidden from view. It is certainly a bold yet small shiny gem of a film.

I hope I have made you curious enough to go watch this film. After all, we live in the cinematic superhero age: with countless TV shows and huge blockbuster franchises trending. You may as well learn things you may not have known before about your favourite superheroes. I bet you’re bored of the typical comic superhero film arc of Earth is going to be destroyed and only superheroes can save it.

Now you can go have a different taste from your typical comic book superhero film!

Email ThisBlogThis!Share to TwitterShare to FacebookShare to Pinterest
Labels: Movie, My Review