in a Dark Age where hope is lost... Library of Absolution (Legacy of the Book Mesmer, #1) by Jennifer Derrick

The first installment in an enticing new fantasy series by author Jennifer Derrick, The Library of Absolution is a compelling story of perseverance and determination in the face of persecution, in a Dark Age where hope is lost—and knowledge is the only thing left to fight for. 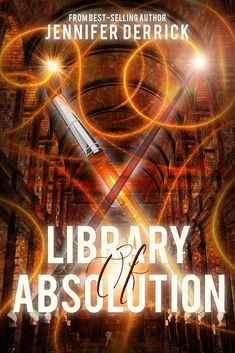 Alarick Brandon is the powerful wizard who operates The Keep, a refuge for magical people fleeing the persecution of the Ministry. A bitter realist, Alarick knows it’s only a matter of time until the Ministry succeeds in eradicating magic from the world—and exterminating all magical beings—so he has been careful to avoid any personal involvement with the people who pass through his sanctuary.

But when Elissa Stone arrives at The Keep, her village a smoldering ruin, and only her magical talent and a forbidden library left to her name, Alarick’s ordered world descends into chaos. Elissa is a Book Mesmer, a magical talent long believed extinct. She can enchant books, making them indestructible, unreadable…even deadly to unauthorized readers. But while her magic can secure a legacy for future magical generations, it’s not a skill that’s good in a fight, and certainly not one that Alarick sees any real use for. But there’s something compelling about a woman who defies the Ministry’s edicts against female literacy, and she seems determined to prove that knowledge is a weapon in its own right…

The first installment in an enticing new fantasy series by author Jennifer Derrick, The Library of Absolution is a compelling story of perseverance and determination in the face of persecution, in a Dark Age where hope is lost—and knowledge is the only thing left to fight for.

When I began writing The Library of Absolution, I didn’t intend for it to become a book about the preservation of knowledge in times of censorship. I actually intended it to be a book about female empowerment and proving your value in a world that dismisses women based solely on gender. In the end, I think it became both, but the unintended message about the power of books and knowledge both surprised and delighted me. It remains the part of the book of which I am most proud.

The original idea for The Library of Absolution came when I was (big surprise) reading a book. I can’t remember the title, so I’m sorry I can’t recommend it. All I remember is that it was a history book, and it referenced the scribes of the Middle Ages and the practice of creating illuminated manuscripts.

Back in the days before printing presses make book production easy, scribes and scholars had the thankless and tedious job of hand-copying manuscripts. Some were also talented artists who painted “illuminations” (illustrations) into the margins and text of the manuscripts.

The catch? The vast majority of these scribes were male. Blame it on the times. In those days, almost any position involving education and literacy belonged to men. There were a few females acting as scribes, although most of them were nuns working out of convents. Almost none were “regular women.”

So my first idea was, “What would it have been like to be an extremely gifted female artist and highly literate female working on manuscripts in those times?” But I couldn’t make a book work around that idea. Everything I came up with was boring and revolved around the tired trope of “Female is overlooked/bullied in the workplace and works to prove her worth.” 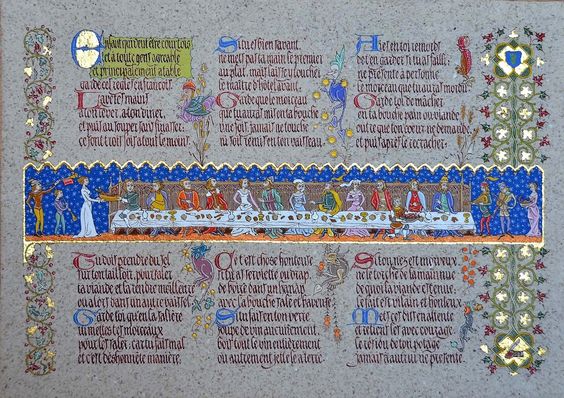 Then I wondered what would happen if the artist in question had the ability to bring her illustrations to life? That was better, but it still felt tired. “Female has an ability no one has ever seen before, and everyone wants to possess her and her talent. Chase ensues,” was the trope that kept coming through on that one.

A couple of years (years!) went by and I didn’t do anything more with it. I was still fascinated by the idea of a woman working in a scriptorium, but I couldn’t make it work.

And then one day, the magic happened. I wasn’t thinking about the main character and how to make her “special.” Instead I asked myself, “Why would it be valuable to bring manuscript illuminations to life?”

The first thing that popped into my head was, “To make them guardians of the books.” Think about it: If you could draw a dragon and bring it to life, you could make that dragon the guardian of the book, meaning that anyone who did not have your express permission to read that book would be eaten. Or flambéed.

(You could also use your ability for other things, but I was still fascinated by old manuscripts, scribes and scriptoriums, so books it was.)

Okay, but why would books need protection? Because someone is trying to destroy them, of course. Aha. That gave me the “villain” of the story. In a world that’s under attack, particularly when the attack stems from ideological or religious differences, access to information and knowledge is often the first target. Even when the entire system isn’t under attack, those who wish to subjugate an entire group of people often restrict access to knowledge. Think about how women and minorities were (and still are, sometimes, unfortunately) routinely denied access to education.

In the world of The Library of Absolution, magical people are under attack from The Ministry, a group that wants to eradicate all magicals and their abilities. Magicals are different and therefore dangerous. Their powers could lead to the downfall of The Ministry, so they must be destroyed. (Or subjugated into a form of slavery, where their powers are used against other magcials.)

In a world bent on the very destruction of your race, where you don’t have the numbers to properly fight back and win, what do you do? You can give up. Or, you can engage in a subversive battle where you admit that you can do little to save yourself today, but you can preserve the collective knowledge of your race for future generations.

That’s the mission that Elissa is on in this book. She knows that the magcials cannot defeat The Ministry and live happily ever after in the current world. That battle is already lost. But she does understand the power of knowledge. If she can preserve magical knowledge, then perhaps someday her descendants, and those of other magicals, can use that knowledge to restart their traditions and discover their abilities.

Of course, even in a magical world under attack, such an ability marks Elissa as odd, or at least less useful. If your world is under attack and you possess no fighting or concealment skills, what good are you? That’s the question Alarick asks when he first meets Elissa. Here’s this woman with an odd ability that has no practical use (in his eyes). What is he supposed to do with her? Fortunately, he has friends who understand the need for people like her and quickly set him straight. 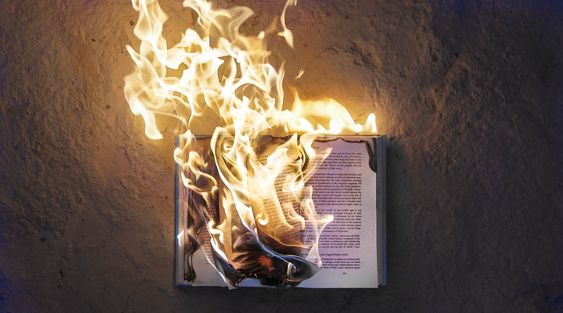 By the time I’d constructed this basic framework, I realized that I not only had a book about a powerful woman fighting to save the things which are important to her, I had a love letter to books and knowledge. Which, given the passion with which I love both, isn’t terribly surprising.

What surprised me was that this message was something that obviously resonated with me enough to write a book about it. Don’t get me wrong: I’m not in favor of information destruction/censorship in any form. Book banning spikes my blood pressure, and I think that some of the worst crimes in this world (both currently and historically) are those that involve the destruction of books and libraries simply because one side doesn’t agree with the information contained therein.

So while I’m passionate about the power of books and knowledge to educate and even save people, I don’t consider myself the sort of writer who uses her books to push a message. (When teachers in school asked me to find the “message” in some book or other, I was the kid who shrugged and said, “I guess it’s whatever you want it to be.” Yeah, I got a lot of bad grades on book reports.)

But there it was, clear as day. The message of The Library of Absolution is this: Books and knowledge are never useless, and sometimes they can save us all. In the hands of people who understand their value, they are sometimes the most important weapons you can have, particularly when a battle is born of ignorance.

About the author:
Jennifer is a freelance writer and novelist. As a freelancer, she writes everything from technical manuals to articles on personal finance and European-style board games. Her interest in storytelling began when she was six and her parents gave her a typewriter for Christmas and agreed to pay her $.01 per page for any stories she churned out. Such a loose payment system naturally led to a lot of story padding. Broken Fate, her first novel, earned her $2.80 from her parents.

Jennifer lives in North Carolina and, when not writing, can often be found reading, trawling the shelves at the library, playing board games, watching sports, camping, running marathons, and playing with her dog. You can visit her at her official website: JenniferDerrick.com. 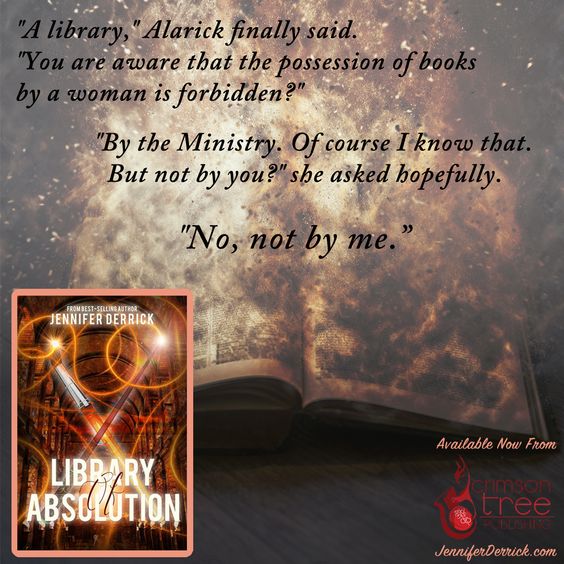 I enjoyed the guest post and learning about this author!