Things are finally looking up for the Resistance. Sure, Alessa is still processing the revelation that the best friend she’d presumed dead is miraculously alive, though far from well… And her boyfriend is being manipulated under threat of blackmail. But her quest for justice against those behind the systematic extermination of the world population is so close to victory she can taste it. 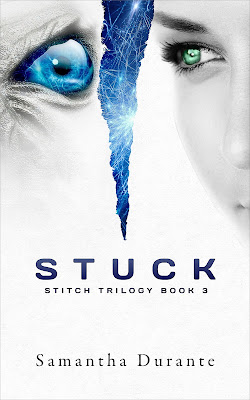 Things are finally looking up for the Resistance. Sure, Alessa is still processing the revelation that the best friend she’d presumed dead is miraculously alive, though far from well… And her boyfriend is being manipulated under threat of blackmail. But her quest for justice against those behind the systematic extermination of the world population is so close to victory she can taste it.

And then in a matter of seconds, everything Alessa believes in is shaken to the core. Months of preparation are obliterated. The people she cares for most are lost.

But Alessa is still standing. And Paragon must pay.

The odds are grim, but unexpected allies surface in the most unlikely of places: A new pair of citizens still under the colony’s rule who notice something amiss in the latest drama. An old adversary who realizes the error of her ways. And a veritable army of inhuman power and terrible strength, with an insatiable thirst for vengeance. The trustworthiness of each of these factions is yet to be proven, but without many other options, Alessa may have to take what she can get. Especially since the Engineers, never to be outdone, also have a few more tricks up their sleeves…

The long-awaited final installment in the riveting Stitch Trilogy, Stuck will have readers gripping their seats as Alessa and a handful of intrepid survivors usher their harrowing journey to a close, risking everything as they endeavor – once and for all – to set things right.

EXCERPT
Not Alone
It was coming for her. She could feel it. Some dark instinct shivered up her spine, and she picked up the pace, the gentle clacking of her boots echoing down the barren corridor with each hurried step.

Bright overhead lights bathed the long, straight, antiseptic hall with the uniformity of artificial daylight, but it might as well have been the blackest midnight for all the comfort it brought. A creeping sense of isolation and dread tightened in her chest, and she stole a quick glance over her shoulder to ensure she was still alone.

The corridor seemed to stretch out to infinity in both directions, and on either side of her, silent, sealed doors blinked their mocking red lights. Locked. They were all locked.

With no escape in sight, she had no choice but to keep moving, her ears straining back for any sign of pursuit.

And then her heart quickened – there it was, illuminated in green, an activated door looming up ahead. Salvation was in sight. She just had to make it there.

With her arm outstretched, she jogged the last few paces, wincing at the rap of her own heels ricocheting off the bare walls. Please, please, please be open, she pleaded.

Just as she reached the keypad, one of the overhead lights shattered behind her at the far end of the hall, glass and metal showering the tile as a large mass fell through to the floor. She couldn’t quite make it out from this distance, but she could see something unfolding with purpose, all sinew and fury.

Her heart pounding out a silent prayer, she pressed her body flat into the doorway and frantically swiped her shaking fingers over the scanner, beseeching it to work.

A faint, menacing growl pricked her ears from down the hall just as the door beeped and slid open with a whoosh of relief.

She tumbled into the dimly lit room and spun quickly around, jabbing at the lock button as the inhumanly-fast hammering of footsteps accelerated up the corridor. The door slid into place with a clank, entombing her in silence once again, and the light on the keypad flipped in confirmation from green to red.

She allowed a deep breath to escape her lungs as she pressed her forehead and fingertips into the cool wall. Heaving, she gave her drumming heart and blaring nervous system a moment to recover.

Only once the blood throbbing through her temples had subsided did she hear it – the rasp of heavy breathing from the other side of the room.

Her blood iced over. She was not alone. 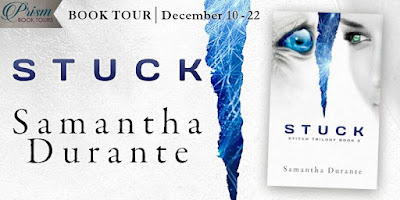 About the author:
Samantha lives in Westchester County, New York with four of the five loves of her life – her husband, son, younger daughter, and cat – and carries her fifth love, her stillborn daughter, in her heart. An avid reader herself, Samantha’s dream is to bring the same delight to readers that other authors have brought to her life. In addition to penning novels and writing candidly about grief, she is also a sometimes freelance writer/consultant – though more often than not these days she’s on full-time mom duty! A former software engineer, Samantha said goodbye to the corporate world in 2010 to pursue her entrepreneurial dreams and lifelong love of writing. Learn more at: 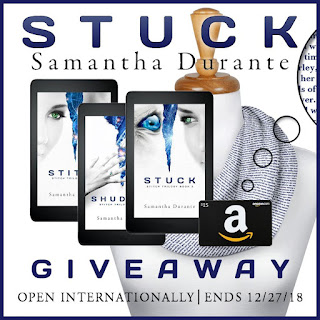 a Rafflecopter giveaway
Posted by CCAM at 5:00 PM

Awesome covers, sounds like a great series. Thanks for sharing :)