he’s bringing his work home with him... The Mortician’s Daughter Series by C.C. Hunter

“C. C. Hunter has an amazing talent to make you laugh, cry, and laugh again all in the same chapter!” —Crossroad Review
“Jam-packed with action and romance... Hunter’s lifelike characters and paranormal creatures populate a plot that will keep you guessing till the very end. A perfect mesh of mystery, thriller, and romance.” —Romantic Times on Taken at Dusk 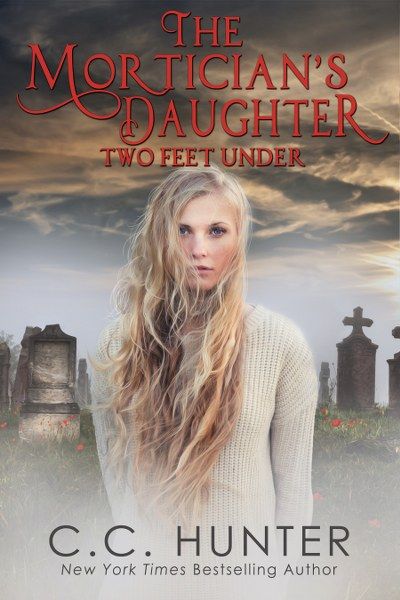 The Mortician's Daughter: (One Foot in the Grave)

Her dad’s job is with the dead . . . and he’s bringing his work home with him.

Once again, seventeen-year-old Riley Smith is the new kid in school and her dad’s career has her back to being dubbed a freak. Truth is, she’s a much bigger freak than her classmates think. The only company she keeps these days is the dead who follow Dad home from work. She can see them. She can speak to them. And Fate seems to think she can help them solve their last problems so that they can move on to the other side. Which is odd, because with the loss of her mother and her father’s alcoholism, she’s got enough problems of her own.

But nothing could prepare her for the next tormented young spirit who darkens Riley’s door. The young woman’s death wasn’t the accident everyone believes. Soon Riley finds herself face-to-face with the killer and her only protection comes in the form of another spirit, Hayden, a boy her age with a heart-melting smile and understanding eyes that make her feel safe. If she can escape becoming the killer’s next victim, Riley knows she’ll have to help Hayden move on too, but what if she can’t let him go?

For thrills, chills, romance and laughter, buy The Mortician’s Daughter: One Foot in the Gravetoday. 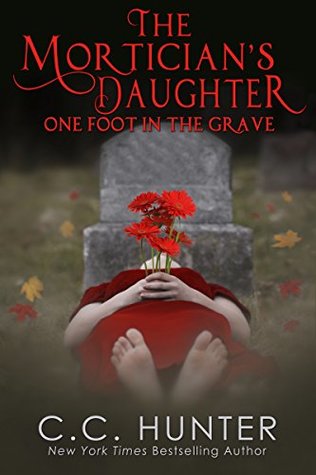 The Mortician's Daughter (Two Feet Under)

Riley has accepted that her special gift is to help dead people with their unfinished business. But she never thought she’d be tasked with helping the spirit of a convicted criminal who died in prison. He may lead her on the scariest mission yet, but helping him could mean saving the life of a child. The convict’s daughter needs a liver transplant and the one person who could still be a match is his brother…who also happens to be a gang leader.

Hayden’s not happy that Riley’s discovered who he is and is seeing him sick and unconscious in his hospital bed. This feels like as good a time as ever to cross over and put all of them out of their misery….but Riley is in danger. She’s visiting some of the most dangerous spots and confronting some of the creepiest low-lifes in town. For her, he’ll need to regain his strength and fight to keep her safe.

But dealing with other people’s problems still can’t keep Riley from her own. Her dad’s drinking has gotten worse. And she’ll soon learn it’s because he’s been keeping a huge, horrible secret that will change everything she believes about her family and her mother’s death.

About the author:
C.C. Hunter is the New York Times bestselling author of over thirty-five books, including her wildly popular Shadow Falls and Shadow Falls: After Dark series. In addition to winning numerous awards and rave reviews for her novels, C.C. is also a photojournalist, motivational speaker, and writing coach. In February 2018, Wednesday Books will publish her contemporary young adult and hardcover debut, This Heart of Mine. And the first book of her new paranormal young adult series, The Mortician's Daughter: One Foot in the Grave will release on October 31st 2017. C. C. currently resides in Texas with her husband, junkyard dog, Lady, and whatever wild creatures that meander out from woods surrounding home.

I love the covers they seem very intresting books.

The covers are interesting and will attract your readers. I particularly like The Mortician's Daughter One Foo in the Grave. I am familiar with the Shadow Falls series, but not this one. These sounds great and I will be checking into them.

Sounds like a good book and I loved the trailer. Thanks for sharing :)

I've been wanting to try her books. She has quite a few. This sounds like a good one and I liked the trailer too.

I like the covers-favorite would be The Mortician's Daughter

I love the cover and the synopsis is intriguing. This sounds like a thrilling YA book and series.Thanks so much for posting.

Both the cover AND the book, The Mortician's Daughter, appeals to me. It sounds fascinating.
digicats {at} sbcglobal {dot} net

"For thrills, chills, romance and laughter" - one od the best mix!