…remember our songs alongside the mighty men of myth... Song of Sacrifice (Homeric Chronicles, #1) by Janell Rhiannon

As the Age of Heroes wanes, the gods gamble more fiercely with mortals’ lives than they ever have before. Women must rely on their inner strength and cunning to survive the wars men wage for gold and glory. 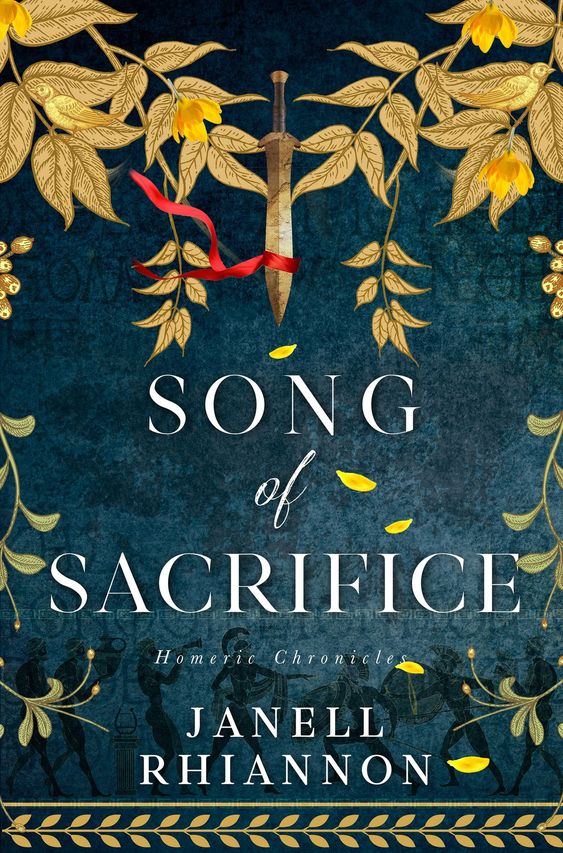 The heart of the Trojan War belongs to the women.
Mothers and daughters; wives and war prizes, whisper to us across time…
…remember our songs alongside the mighty men of myth.

As the Age of Heroes wanes, the gods gamble more fiercely with mortals’ lives than they ever have before. Women must rely on their inner strength and cunning to survive the wars men wage for gold and glory.

Clytemnestra of Mycenae struggles for control of her life after Agamemnon ruthlessly rips it apart. Leda of Sparta survives a brutal assault by Zeus, shouldering a terrible secret in silence. Penelope raises Ithaka’s sole heir alone, praying for Odysseus’ swift return. Thetis, the sea nymph, despairs of her son’s destiny and resorts to forbidden magic to save him. Hecuba of Troy mourns the loss of her second son to a dark prophesy. And Shavash of Pedasus prepares her daughter to marry the greatest warrior who ever lived.

In a world where love leads to war and duty leads to destruction, the iron hearts of heroines will conquer all.

Replaces Song of Princes as the first book in the Homeric Chronicles.

GRAY CLOUDS SWEPT swiftly across the sky, dimming Apollo’s light to a dreary gray. Caster looked into the sky. “We’ve seen more dismal days lately, than all last year combined.”
Pollux shrugged. “The gods are always angry about one thing or another.”
Seated on a large boulder, the brothers watched as Helen toddled about in the grass with her nursemaid close behind. Caster crossed his arms over his chest. “Do you believe the rumors are true?” 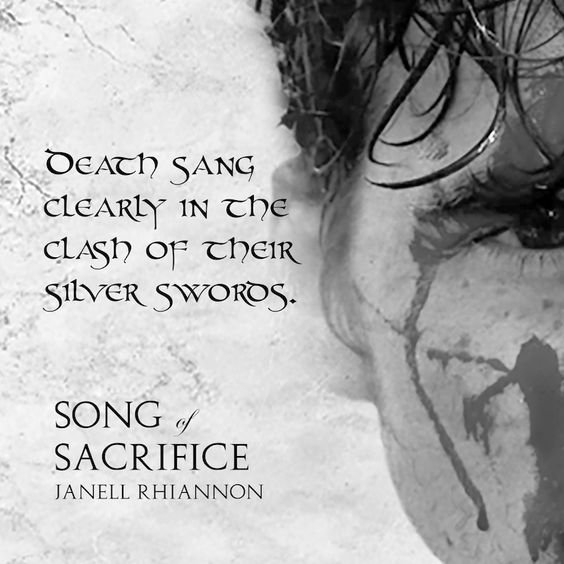 “About Helen?”
“Yes. Don’t you think it odd our mother is rarely with her?”
Pollux rubbed the dark stubble on his chin, as he eyed his little golden-haired sister giggling and running about. “She’s well cared for.” How could he explain to his brother that he knew the truth, because he too was fathered by Zeus? The god’s blood coursed colder in his veins, and anytime his eyes met Leda’s the secret passed between them. “Our mother isn’t the warmest woman in our lives.”
Caster laughed. “No, that’s a certainty. But, I know that pretty nursemaid is.”
“You’ve bedded Helen’s nurse?”
“Don’t look so shocked, brother. What’s not to admire?”
“She suckles our little sister.”
“Come now, Pollux, don’t tell me you’ve never bedded a woman with milk in her tits?”
A heavy drop of rain hit Pollux on the forehead. He stood. “Let’s get back to the palace before it rains.”
“That’s not an answer.”
“It wasn’t meant to be.”
Caster signaled to the nursemaid, who smiled coyly back at him. “What do you think will happen to Helen when she comes of age, if she’s truly the daughter of―”
Pollux bristled at the implication. He knew the truth all too well. He knew his truth. He knew silence was the best protection. “Best to keep such thoughts to yourself. Whatever her fate is, it won’t be an easy one.”

About the author:
In graduate school, Janell focused on the ancient history of Greece and Rome. Hooked by the “sword and sandal” world, she studied everything she could about mythology and Alexander the Great.

The Homeric Chronicles series is dedicated to merging dozens of Greek myths, including Homer’s epics, with plays, history, and archaeology. Her intent is to raise the heroines’ voices equally alongside the heroes, opening up a traditionally male focused genre to a female audience.

She lives in CA and enjoys spending time with her children and grandchildren. She has a pack of two big dogs and two cats. 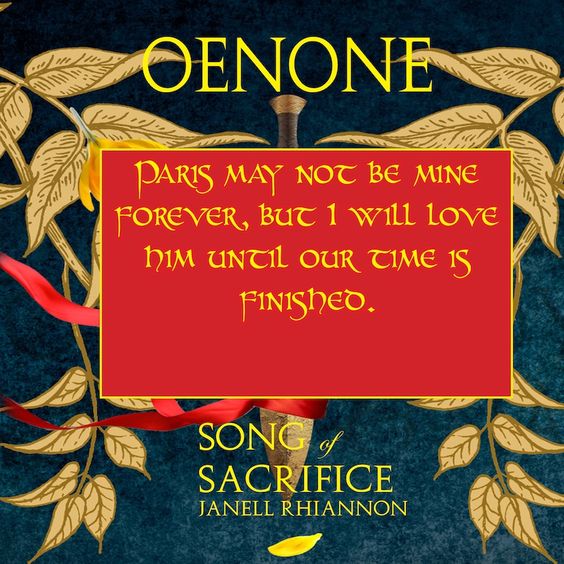 I could have easily continued with the story! I love the cover and the premise of this novel. Thank you for sharing. Good luck with book.

Sounds like a great book and I love the cover, thanks for sharing :)