A rescue that will bring about a war and divide a kingdom! - Trial of a Warrior (Legends of the Fenian Warriors #3) by Mary Morgan

"Author Mary Morgan has built a wonderfully real fantasy world where the human and Fae work to keep both worlds safe. [...] Morgan has created an exciting, nail-biting story, where a surprise awaits the reader. No spoilers here, but this is jaw-dropping stuff! If you haven’t read Morgan’s other series, do yourself a favor, you won’t regret the journey and it will give you better insight to Morgan’s world." Eileen, Goodreads 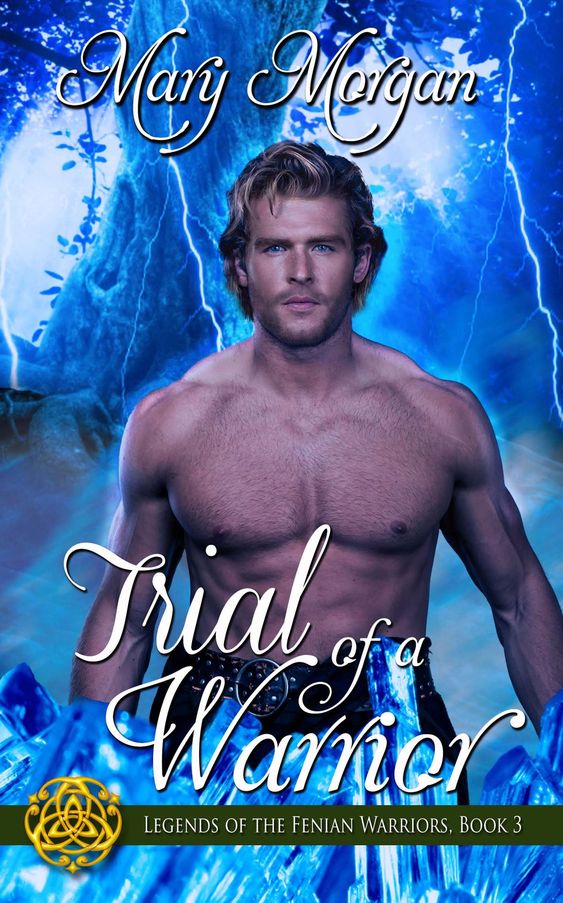 Will the burning embers of their past love spark a reunion or destroy a future?

"You met them in the Order of the Dragon Knights. Now, journey to the realm of the Fae and witness their legends!”

A warrior sentenced to die.

On trial for breaking a supreme Fae law, Fenian Warrior, Liam MacGregor has no regrets. He is prepared to accept his sentence—even if it means his death. However, freedom comes in an unexpected manner, and brings with it certain dangers as he travels through the Veil of Ages.

A princess honor-bound to remain hidden.

Princess Abela might be a priestess and the daughter of royalty, but that doesn’t prevent her from doing the unimaginable. She sacrifices duty and honor to set free the man who captured her heart so many years ago. No matter the severity of his crimes, she cannot let Liam die.

A rescue that will bring about a war and divide a kingdom!

In their quest to secure a treaty to forestall Liam’s death sentence, they must fight their desires for one another, as well as the Fenian Warriors sent to capture them.

Come journey with me as I whisk you away to 13th century Scotland for a Midwinter’s feast. We shall arrive at Urquhart Castle on the banks of Loch Ness. This is the home of the Clan MacKay—the Dragon Knights. Their bloodline is steeped in ancient Celtic mythology. Though they respect the new religion that has swept across their land, the Dragon Knights continue to honor the old ways. Midwinter is a celebration of light and warmth here within the walls. The doors have been left open for all to enter in peace. Once you step inside, you are drawn to the holly boughs with ivy, bay, crimson-berried yew and fragrant bunches of rosemary.

The torches cast a welcoming light as you proceed onward. As we enter the Great Hall, you are met with boisterous laughter and gaiety. A bard is recanting the tale between the aging Holly King (representing the darkness of the old year), and the young Oak King (symbolizing the light of the New Year). Some of the older lasses have chosen to weave a sprig of holly onto their gowns and they nod at you in passing.

Candles illuminate the hall in a soft glow as you make your way toward the feasting tables. The Dragon Knights and their wives are seated at a longer table near the hearth. Ale and mead are flowing, along with the tempting dishes you survey as you take your place. You are tempted by the trencher of wild boar stuffed with onions and cabbages to your right. Or maybe you would prefer the spiced apples and damson tarts.

Afterwards, the minstrels begin to play a lively tune and a few of the couples grasped hands to join in the merriment.

About the author:
Award-winning Celtic paranormal romance author, Mary Morgan, resides in Northern California, with her own knight in shining armor. However, during her travels to Scotland, England, and Ireland, she left a part of her soul in one of these countries and vows to return.

Mary's passion for books started at an early age along with an overactive imagination. She spent far too much time daydreaming and was told quite often to remove her head from the clouds. It wasn't until the closure of Borders Books where Mary worked that she found her true calling--writing romance. Now, the worlds she created in her mind are coming to life within her stories.

If you enjoy history, tortured heroes, and a wee bit of magic, then time-travel within the pages of her books.

Wow! I love your blog! Thank you for hosting me on my blog tour. And for the extra shout-out from a reviewer! Happy Holidays and all the best!

I love Mary Morgan books, Mary take's you inside the story, you either become the character or you'r a seer. .

Thanks for the guest post and reviewing the books. Good luck to the author. It seems her books are highly recommended!

Thanks so much Ann (you're the best) and Debra for stopping by! Hope you get a chance to read my stories, Debra. :)

thank you for your giveaway