more monstrous than they ever could imagine…Vengeance (Darkhurst #2) by Gail Z. Martin

"A fantastic read and it ends with another marvellous confrontation, which is much more epic in detail than the first. A real battle between good and evil and seeing who can survive and what the outcome may be. " Cath, Goodreads 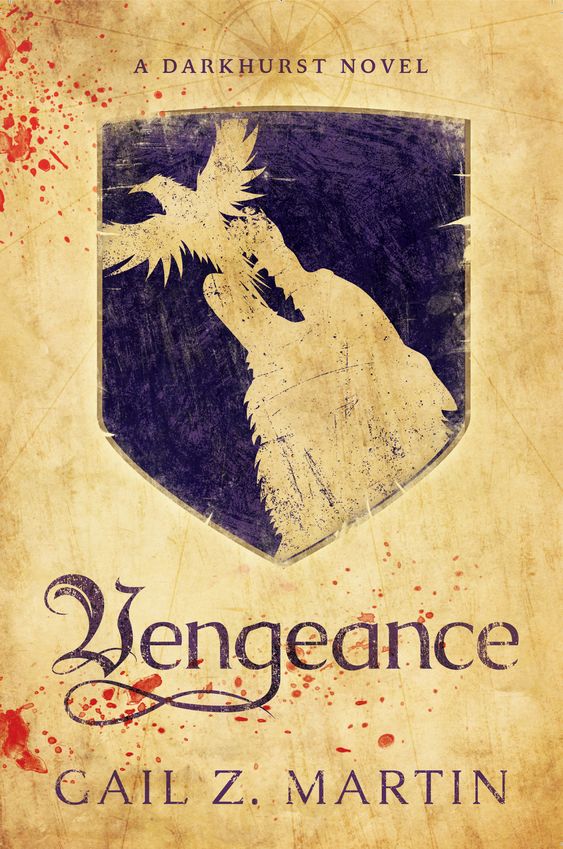 When undertaker brothers Corran and Rigan Valmonde became outlaw monster hunters and fled beyond the walls of Ravenwood, they thought they had defeated the source of the abominations that killed so many of their friends and loved ones. But the more successful they become at destroying the creatures, the more they realize a greater evil is at work – larger and more monstrous than they ever could imagine…

“DUCK!”
A chair sailed through the air, thrown by unseen hands. Rigan Valmonde shouted the warning to his brother Corran and dropped to the floor seconds before the chair slammed into the wall behind him hard enough to splinter into pieces.

Setting a child’s vengeful ghost to rest hadn’t sounded like a difficult job when Corran and Rigan took on the task from the village elders. The reality turned out to be far different from what they had been led to expect.

“Finish the banishing circle before she kills us!” Corran climbed to his feet after the angry ghost had thrown him across the room. His iron knife might be able to disrupt the ghost if he could see the spirit to know where to strike.

“Great idea——why didn’t I think of that?” Rigan replied, sarcasm thick in his voice. “Trying not to die right now.” He reached toward the container of salt, aconite, and amanita powder to lay down a protective circle for the banishment, but the spirit materialized just long enough to hurl the container to the far side of the small cabin before he could grab it.

“At least we know for sure that she’s got enough strength to be behind the murders.” Corran dove for the salt mixture, only to see it skid along the wall as if the vengeful spirit were baiting him.

“Yeah, but why?” Rigan got to his knees and brushed the splinters out of his dark hair.

Other work includes the Chronicles Of The Necromancer series, the Fallen Kings Cycle, the Ascendant Kingdoms series, and the alternate history novel Iron & Blood and the Storm & Fury collection (co-authored with Larry N. Martin) She is also the co-author (with Larry) of the Mark Wojcik monster hunter series (Spells, Salt and Steel) and the upcoming Wasteland Marshals series and the Cauldron/Secret Council series from Falstaff Books.

She is also the organizer of the #HoldOnToTheLight campaign www.HoldOnToTheLight.com. Join her email update and never miss a new release—plus get great free stories just for signing up!

I like the cover. Fits perfectly with the synopsis.

Sounds like a great book and I love the cover! Thanks for sharing :)

Thank you for having me as a guest! And I’m glad you like the cover.

thanks great cover and the book sounds interesting

This series is new to me but it sounds thrilling! I'll be adding this book and it's predecessor to my TBR. Thanks so much for posting.

Thanks for sharing. Good luck with your book.