The immortal mages have risen, and they're out for blood. - War of Storms (The Ryogan Chronicles #3) by Erica Cameron

"The ending to War of Storms is incredible. It felt complete and satisfying. I’d love to return to these characters (in fact I have serious book hangover now and I am very reluctant to pick up anything else) and yet I also feel statisyed with the arch of the story - nothing is overlooked or neglected." - Madison, Goodreads 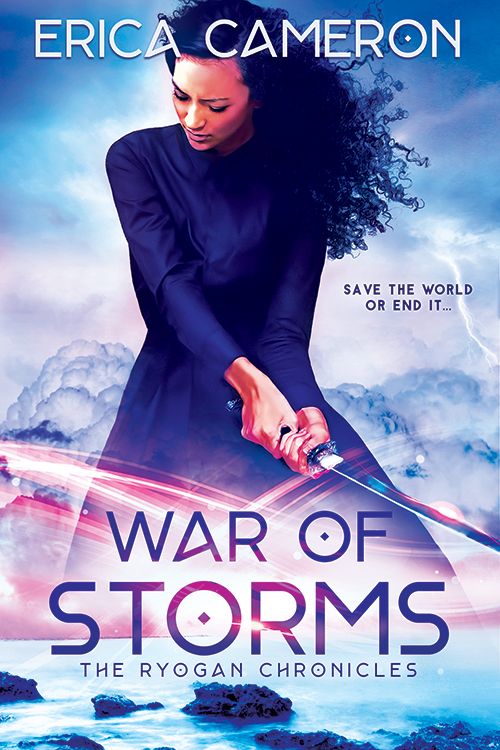 The immortal mages have risen, and they're out for blood.

Khya arrived at the Ryogan coast too late to stop the invasion. Now, cities are falling before the unrelenting march of an enemy army, and Khya's squad is desperately trying to stay ahead of them. Warning the Ryogans, though, means leaving her brother imprisoned even longer. Time is running out for everyone.

But how can her squad of ten stand against an army of ten thousand?

Calling in help from every ally she's made in Ryogo, Khya tries to build a plan that won't require sacrificing her friends or her brother. It's a tough balance to find, especially when the leadership role she thought she wanted sits heavy on her shoulders, and her relationship with Tessen is beginning to crack under the strain.

The end is coming, and there's no way to know who'll be left standing when it hits.

GUEST POST
When is “The End” actually the end?

When is “The End” actually the end? It’s a hard decision to make at any level of a story, whether it be the end of a scene, of a chapter, of a book, or of a series. Sometimes, though, it isn’t the end that causes the struggle. It’s the middle. This is especially true in my case. 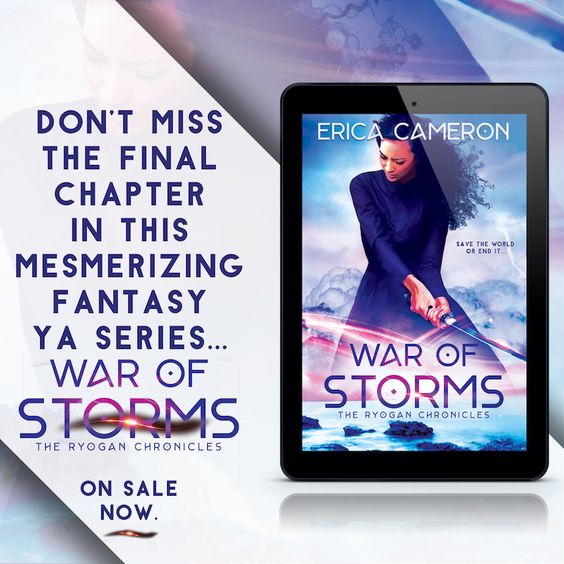 I often know when I start a book or a series where I’m going to end it, but everything between bullet point one and bullet point five hundred is usually a big question mark. The length of a book or a series is mostly about me figuring out exactly how to fill in the center of a story, and that center nearly always ends up with more in it than I expect. Even when I try to construct an idea into a standalone novel, it expands into a series—Assassins into two books, The Ryogan Chronicles into three, and my Laguna Tides series into five.

Often, the deciding factor for me is strain. How difficult is it for me to come up with conflict and action for the characters? Does it feel like a natural progression of their story or do I feel like I’m forcing them into unrealistic situations? There comes a point when a character’s trials and suffering should come to an end. No one’s life is perfect, but few characters can sustain the level of turmoil required to make a book dynamic and interesting. There are exceptions, of course, series like The Dresden Files in which a small group of characters carry the weight of a story more than a dozen books long, but it’s hard to find that kind of endurance, both as an author and as a reader. When a story becomes forced, it eventually becomes obvious. However, the opposite is also true. Ending a story too soon can leave readers dissatisfied.

Honestly, I wish there was an easy answer to this question. It’s too nebulous, though. Learning how to find “The End” is one of the challenges a burgeoning writer must meet. Every author is going to approach the search for this particular answer differently, and that search is going to impact the voice and soul of a story.

About the author:
Erica Cameron is the author of books for young adults including the Ryogan Chronicles, the Assassins duology, and The Dream War Saga. She also co-authored the Laguna Tides novels with Lani Woodland. An advocate for asexuality and emotional abuse awareness, Erica has also worked with teens at a residential rehabilitation facility in her hometown of Fort Lauderdale.