Bonding again... The Storm In Our Chests by Enrique Betancourt

After being separated abruptly, best friends Benj and Élan reunite after five years.
Their reunion proves to be a challenge as they are the polar opposites of how they knew each other, the journey to healing and proves to be tough. 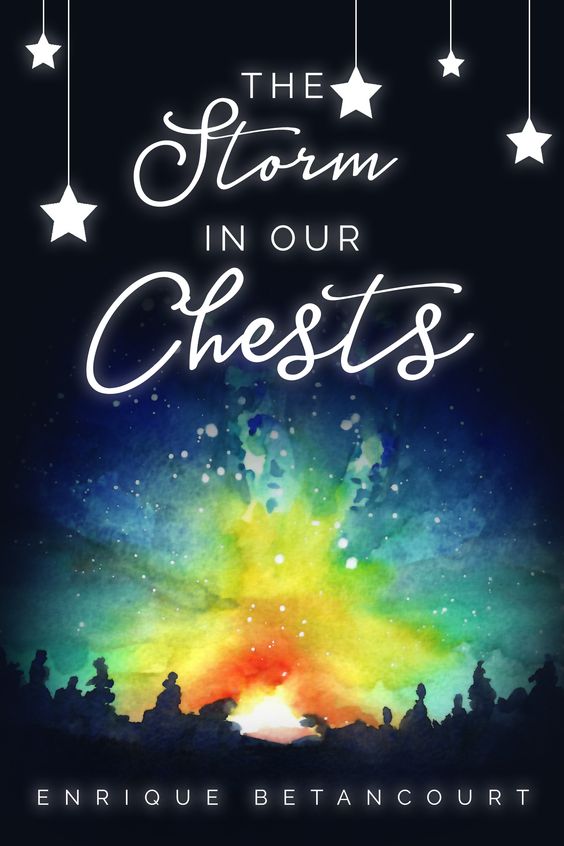 After being separated abruptly, best friends Benj and Élan reunite after five years. They are not children anymore, and teenage and experience changed them.

Benj used to be an isolated antisocial child, now he’s popular and outgoing, leaving for college in the following year.

Élan used to be chipper, now he’s sad and insecure after years of being tossed around the foster system and realizing he is gay, crushing on a boy he thinks is unattainable.

Their reunion proves to be a challenge as they are the polar opposites of how they knew each other, the journey to healing and proves to be tough. Bonding again may be the only thing that saves them. Through small moments and swift dramatic turns, Benj and Élan will have to prove they are more than friends - they are buddies, and the epitome of unconditional love.

“Please! Don’t take my best friend away!”
I remember. Hurts every time.

Even if it’s been five years, I don’t think I’ll ever be able to forget that. The day that changed the course of my life, and the moment when I realized everything was lost. He was running behind the car, trying to reach me. I was crying, sobbing real tears that threatened to break my already shattered heart. I remember asking the social workers for leniency, to let me say goodbye to Benj. But they said this was for the better. They said this is what it was meant to be. They said it wouldn’t hurt that bad this way.

It still hurts every day.

I looked through the window and I saw him, crying for me. That was the last time I heard someone who loved me cry out my name. I know it’s stupid, it’s been five years and I should probably try to move on. Sometimes I want to forget, but then I remember that it would be worse. If I forgot Benj, I’d probably be hollow. So I held on to the memory of us as long as I could. He was my light in the darkness.

Every night filled with shadows, he was my anchor to strength. I kept saying that one day we’d meet again and things would be like they used to be, so I try to be strong. Even if I grow hair in unexpected places and my voice deepens, or if I’m taller, he would still like me. Even if I don’t see life the same way as before, he would still love me.

I was not Batman, he was.
He was my Batman

About the author:
I am the published writer of a novel called THE IMAGINARIUM OF THE INNOCENT by Austin Macauley Publishers, and also I have been awarded the Rosa Maria Porrúa Award for my Spanish-language novella SOBRE LAS CENIZAS. My books stand out for their literacy excellence that got me an award, and the dramatic and emotional way I handle my characters. I am Mexican who lived 6 years in the United States, I love to read, to write and music is such a powerful inspiring force for me.

Thank for hosting my book!!

I like the cover and the storyline is interesting. Good luck with the book.

thanks this book sounds interesting

I love the title and I can guess its symbolic meaning.