"It was very addicting from the beginning as I read it all in one sitting. Add in some funny scenes and bad jokes, I was very entertained. I loved that my favorite secondary characters all show up. Plus the ending was the best and made me laugh loudly. A great story as expected from a thriller, especially since it is the third in the series. " - Christinaraven, Goodreads 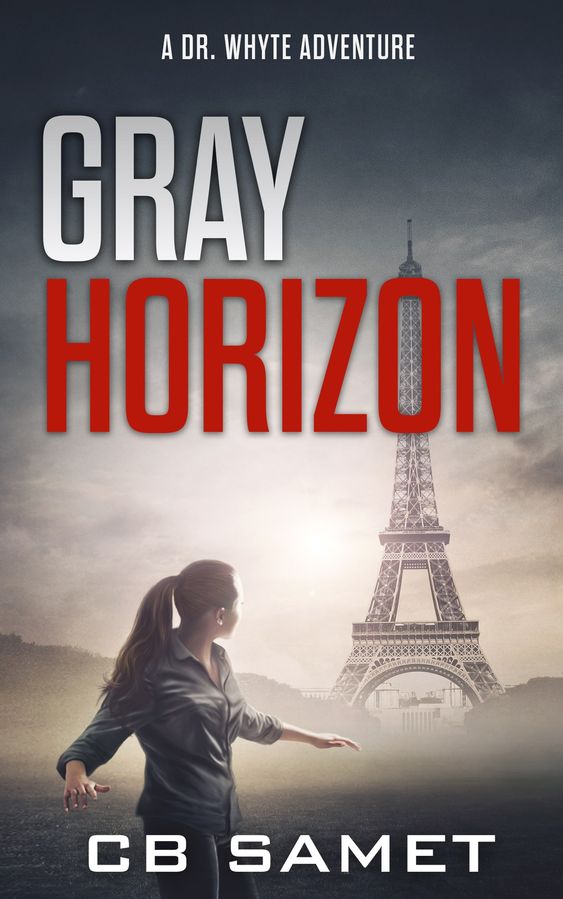 Sworn enemies. A stolen nuclear weapon. And the clock's ticking.

When Dr. Lillian Whyte learns a nuclear weapon is on the loose in Europe, she collides with a ruthless mercenary from her past. Isolated from her husband, a former CIA operative, Lillian tries to covertly help track the weapon. As she he joins the race to stop the bomb, she is drawn into a deadly game of chase. Despite her efforts, those intent on global catastrophe remain one step ahead of her.

As Lillian faces the fears of her past and deadliness of the present, can she secure the future of the world?

Let’s talk female spies. These women have amazing talents, and they’re cool under pressure. They use their wits as weapons as much as their guns. I’ve enjoyed watching many female spies over the years both on TV shows and movies.

Nikita was one of my early favorites. She was stoic, smooth, and graceful. Jennifer Garner‘s role in Alias was extremely entertaining. You could feel the emotional turmoil despite the cool exterior. Jinx in the James Bond movie Die Another Day sizzled on the scene. Halle Barry didn’t take crap from anyone.

For a little darker story, the Red Sparrow is a tale of a Russian ballerina forced to become a deadly Russian spy. Salt starring Angelina Jolie was another intense action packed spy movie with a phenomenal female lead. Angelina played another spy in Mr. and Mrs. Smith, an entertaining and witty movie.

Atomic Blonde, starring Charlize Theron, provided intense and fast-paced action. Charlize’s role as a spy during the dismantling of the Berlin Wall was edge-of-your-seat, heart-pounding adrenaline, as she was relentless and inspirational.

One of my favorite spy series was Chuck. This show had a perfect mix of action adventure and a touch of romance. The female spy of the series, Sarah Walker (Yvonne Strahovski), had her work cut out for. She was tasked with first protecting and then training a computer service expert with a super computer lodged in his brain. Sarah was strong, sexy, and a patriot to the US.

The main character in my Lillian Whyte thriller series is an emergency room physician married to a CIA officer. While she herself is not a spy, she’s thrust into dangerous roles, where she must try to unravel the deadly threat of the world’s enemies. In the first novel, Black Gold, Lillian is kidnap by oil thieves and must not only conjuring escape but also bring down a war monger’s organization so that he’ll no longer pose a threat to her and her family. In the second book, Whyte Knight, Lillian‘s husband’s CIA covert activities place her in the crosshairs of terrorist in possession of biomedical warfare. In the newest release, Gray Horizon, Lillian faces her greatest threat as an enemy from her past returns and ropes her into a nuclear threat.

These are all standalone adventure novels with recurring main characters and the adventures they have together. They have action, intrigue, suspense, and a touch of humor.

An great spy movies I enjoyed was True Lies starring Arnold Schwarzenegger and Jamie Lee Curtis. (As a horse lover I adored the scene where Arnold was chasing the bad guy on a motorcycle while riding horseback). This movie also has classic line when Arnold’s wife asks him if he’s killed anyone and his reply is, “Yes, but they were all bad.” I think Lillian White is a little bit like Jamie Lee Curtis in this movie since Lillian is married to a spy and suddenly forced to play roles outside of her comfort zone in the interest of saving lives.

Two of my favorite authors growing up were Tom Clancy and Robert Ludlum. Both writers created action-packed stories filled with suspense. They also had strong female secondary characters. In The Bourne Identity, Marie St. Jacques helps Jason Bourne when no one else will. Jack Ryan’s wife in the Tom Clancy books is physician. While reading those novels, I often wondered what it would be like if the women were the main characters. Thus was born the Dr. Whyte adventure series. Lillian Whyte is a sassy emergency room physician who, in a series of life-threatening events, learns to play the role of spy and savior.

About the author:
Christina is a practicing physician, mother of two and wife to a caring and supportive husband.

“I grew up reading Tom Clancy, Michael Crichton, and the Bourne books. I write seeking to create that level of action and intrigue but with female heroines. The love the quote, ‘She needed a hero. So she became one.’ My novels have empowered women overcoming powerful obstacles and the strong men who support them.”

Great post, I enjoyed reading it. Thanks for sharing :)

Are any of the characters in your book based on real people that you know? I hope your book is a success. Bernie Wallace BWallace1980(at)hotmail(d0t)com

thanks the book sounds great

Which author had the biggest influence on your career as a writer? Best wishes on your books release. Bernie Wallace BWallace1980(at)hotmail(d0t)com

I love the cover of Gray Horizon.