Will true love conquer all? Beauty Within by Jae El Foster

When a village maiden finds herself in a forbidden castle, she discovers that its sole occupant might be less of a monster than he has been made out to be. However, dark secrets and black magic are afoot, and a ‘happily ever after’ could turn disastrous. 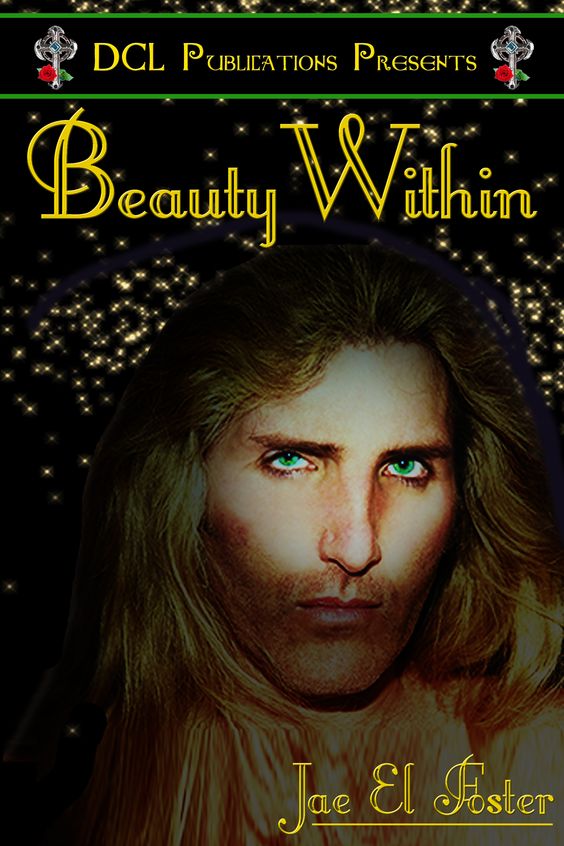 An enchanted mask. A harrowing castle. A reclusive dark lord.

With the helping hand of the village witch, these three ingredients form a spell that will warm your heart as much as it chills it.

Madame Howell makes her second appearance in Jae El Foster’s literary universe in this fairy tale that puts a new twist on an old classic.

When a village maiden finds herself in a forbidden castle, she discovers that its sole occupant might be less of a monster than he has been made out to be. However, dark secrets and black magic are afoot, and a ‘happily ever after’ could turn disastrous.

Will true love conquer all, or will a dark power make their world come crumbling down?

GUEST POST
When a Horror Writer Tackles a Fairy Tale

There comes a point in nearly every author’s career when they are ready to tackle something different – a new genre, if even for their own benefit. They hope their faithful readers enjoy it as much as they have enjoyed their prior works, and they hope that readers of this new genre might happen upon it and be enthralled by it enough to seek out more of their books.

For me, this branching out was Beauty Within. It had been a long time since I’d released something that wasn’t horror, ghosts, or vampires, and I was ready for something different. While readers had enjoyed my vampire thriller/ghostly romance Restless and had sat at the edge of their seats with my former #1 horror tale Where the Demon Is, I had not given them a taste of anything different in genre since 2008’s LGBTQ contemporary novel Straight or the RomCom Ashaki’s Beauty Parlor.

Oh, how I didn’t want to write contemporary again right then, or even comedy. I did hunger for romance – something that didn’t involve a killer or a demon trying to foul things up for the leading couple. I wanted something new that I’d always shied away from, and the fairy tale genre was that something.

Fairy tales have been around for so long and have been redone so many times that the genre is flooded with everything that could ever be done… or so I thought. I just needed a starting inspiration – an igniting of the creative fire – and then I would be sailing free. When we seek inspiration, we often seek something that has touched us, and the fairy tale Beauty and the Beast has always touched me more than any other. I know the story well, and I wanted to honor it, but I did not want to copy it. There is no fun in that. I needed something different – a new way to spin things so that my fairy tale wasn’t lumped together what a bunch of whimsical but predictable reboots.

In most fairy tales, the witch has a bad reputation and a hunger for evil or revenge. That was the first character that I knew I had to develop, and so I created Madame Howell, a kindly old witch that is pertinent to my protagonist moving along her destined path. Madame Howell would eventually make an appearance in another story of mine – ‘To Adventure’ in the anthology Enchanted Fairy Tales – though her role in Beauty Within is greatly different and was not originally intended to be as large of a part as it became. 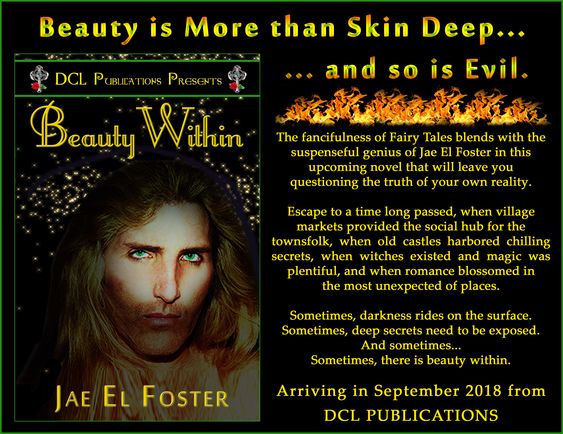 Another aspect of Beauty Within that I decided had to be different from Beauty and the Beast was the castle. The castle had to be special, and it had to have an enchantment over it that was split into two forms – physical and manmade, and mystical and unearthly. The state of the castle at any time is a plot point. This varies greatly from the beginning of the book to its ending, and it creates a world like no other for the reader to enjoy as the protagonists further their adventure.

However, the greatest challenge for me in writing a fairy tale fantasy was what should have been the easiest challenge. In all great fairy tales, there is a tragic death that affects the protagonist profoundly. As a horror writer, my specialty is creating outstanding death scenes, so one would not have thought that a death in a fairy tale would have given me a problem, but think again.

Things are handled much differently in fairy tales. The horror writer in me would have come up with some creepy, complex, brutal method of death that would have shocked the reader into fear, but fairy tales aren’t made like that and I had to understand this. The death of a meaningful character in a fairy tale – while tragic – had to be more about the feeling of the scene and its impact on the protagonist, versus seeking the more shocking, horrific route. I feel like I tackled this challenge with dignity, and I hope that I’m right.

One last challenge that I discovered while writing Beauty Within was the ending. I had given it that simple, sweet fairy tale ending that those kinds of stories called for, but in my final read-through before publication, I decided that it wasn’t right. Something was wrong.

Once more, I began to write. The original ending then became just another part in the book, and a new ending was created – an ending that took the book to a whole new direction and allowed a new villain to step forward, giving readers an ending like none they have ever seen before. The thing that had been missing was my pertinent Jae El Twist. Everything I write has an unexpected, surprising twist and I couldn’t allow Beauty Within to not encompass this as well. When a reader finishes one of my stories, I don’t want them to just lay back and sigh with a smile on their face. I want them to think, and my loyal readers expect me to make them think with everything that I produce.

Beauty Within was a labor of love, and I hope that you enjoy it. For those wishing for a broad taste of my horror and sci-fi writing, I offer free flash fiction on my website, with new installments every Sunday night at 9/8 CST. All previous installments are cataloged and can be found at www.jaeelbooks.com/free-flash-fiction.

My thanks to Mythical Books for hosting me on this leg of Beauty Within’s Virtual Book Tour, and to Goddess Fish Promotions and DCL Publications for making this possible. And that handsome hunk on the cover – that’s CJ Hollenbach, the Golden Lord of Romance. My thanks to him as well.

To you, the reader, remember – when you read something that you enjoy, show some love to the author by leaving an honest review. It’ll make a world of difference to them. Thank you for stopping by!


Jae El Foster is an author with whom you question going to bed with at night, but you dare to venture beneath the sheets with him anyway. As the venture concludes, you are perhaps romanced by it, or perhaps you are frightened by it. Don’t worry, because you are always satisfied by it. Despite the title or genre of the book, Jae El sets out to please you with climatic and unexpected conclusions that will make you tremble with emotion. Hop aboard the Jae El train and give it a good ride. 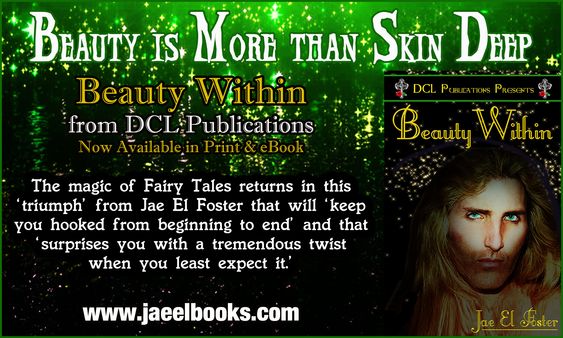 I love all I have read so far and I put this book at the top of my Holiday Wish List. (jozywails@gmail.com)

I am enjoying these tours and finding all the terrific books my family is enjoying reading. Thanks for bringing them to us and keep up the good work.

This sounds awesome, I love the cover!

Hi Everyone! Thank you so much for stopping by today, and for Mythical Books for hosting me today!

Bocephallus - 'Beauty Within' makes a fantastic holiday read! I Hope you enjoy it!

Thanks for hosting. Should be an interesting read. Good luck with your novel.

I appreciate the kind witch character.