his story-telling is undeniably first-class, witty, and absorbing - The Sheltering Palms by Preston Howard

Preston Howard first made his mark as a crime-fighting attorney representing the Tucson Police Department. Then he spent over forty illustrious years as a labor lawyer working with police officers and union leaders and handling the gamut of fascinating, high-profile cases across the country and even in other countries. 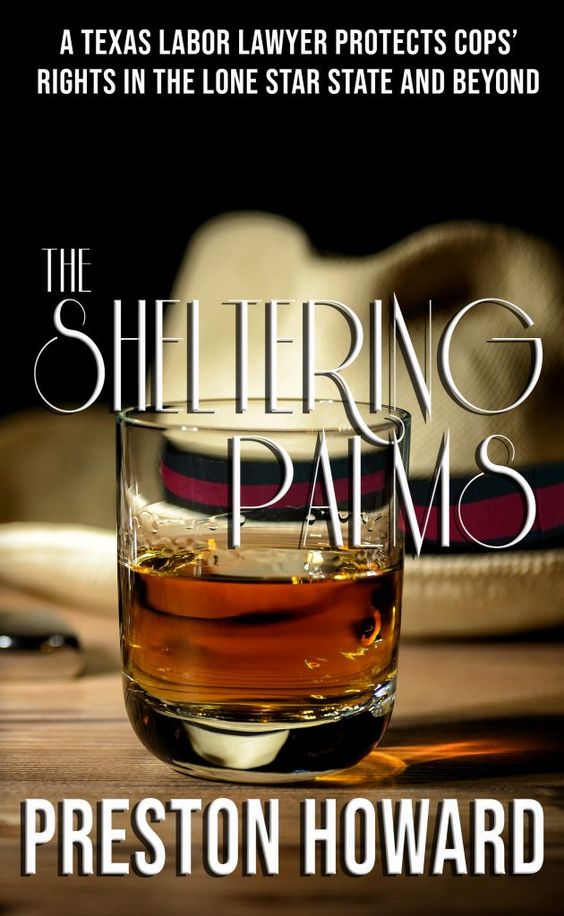 Renowned police labor lawyer, Preston Howard, reached a watershed in his life—a forced retirement from the firm he built from the ground up and a cancer diagnosis. These two events made him take a step back and reflect over a life that had at times been hilarious, irreverent, self-mocking, eerie and even a bit, make that, quite lewd.

A family of unique characters guided the lawyer’s formative years: a bourbon-swilling, brilliant yet flawed grandfather who mentored the young lad in matters of religion, politics and the quest for knowledge; a psychic mother; an oversexed nanny; an aunt and uncle who fought on the front lines of integration; and a fire-balling uncle who got his fifteen minutes of fame in The Show.

Preston Howard first made his mark as a crime-fighting attorney representing the Tucson Police Department. Then he spent over forty illustrious years as a labor lawyer working with police officers and union leaders and handling the gamut of fascinating, high-profile cases across the country and even in other countries.

His many tall yarns might be viewed by some with the greatest suspicion, but his story-telling is undeniably first-class, witty, and absorbing.

I USED TO BE SOMEBODY—when Preston Howard walked down the street, kings and queens would move off to the curb. Okay, so that bit of paraphrased hyperbole, courtesy of George Thorogood, might qualify as excessive, but for sure, when I rode into town, mayors, city managers, and police chiefs became more than a little queasy over what kind of wrath I might bring down on their community.

As senior partner at the highly successful Austin labor law firm of Howard, Diamond, and McGowan, I was invariably the oldest person in any meeting. My partners and co-workers would refer to me as “gramps” or “pappy;” one of them commented that I surely must have been around to vote for Hoover in 1928. If I had actually been alive back then, my vote likely would have been for Al Smith, not that my ballot would have been of any benefit to the man.

I did have the satisfaction that sometimes when my colleagues were not trying to get my goat with the “old man” references, they would call me “Obi-Wan.” At least my long and productive career had earned me Alec Guinness status as an all-knowing legal Jedi knight.

A few years back, I began to acknowledge that the passage of time had worn me down. My work ethic started to diminish; my instincts, always on target before, sometimes failed me; and to their considerable annoyance, I became increasingly testy with colleagues. My partners urged—tactfully at first and then more impolitely—that I go out to pasture. What an irony: I hired this bunch of ungrateful bastards, and then they had the gall to start pushing me aside.

So as I began to seriously consider retirement two years back, The Fates turned my life upside down and made the decision easier to finish up my career. The cancer diagnosis and Social Security eligibility hit me in the gut less than two weeks apart.

About the author:
Preston Howard spent his entire career working on behalf of police officers, representing them under adverse circumstances, negotiating contracts to improve officers’ benefits and working conditions, and training police union officials in the art of leadership. He has written numerous books and lectured not only in this country but abroad as well.

His latest book is the fictional autobiography/historical fiction/satire, The Sheltering Palms.

This actually sounds unique and a bit of fun. Thanks for writing the novel. I look forward to reading this one.